322 BC – Athenian coalition forces lose to the Macedonians at the Battle of Crannon, effectively ending their rebellion against Macedonian hegemony, which they attempted to overthrow after the death of Alexander the Great in June

1420 – The construction of the Santa Maria del Fiore dome begins in Florence, Italy

1461 – Ming Dynasty Tianshun Emperor has a ‘to-be-purged’ list of any who didn’t support him against his half-brother, the Jingtai Emperor, so General Cao Qin and his Mongol and Han troops attempt to overthrow him, but their plot is exposed and fails. Cao Qin commits suicide at the end of a last stand against imperial troops 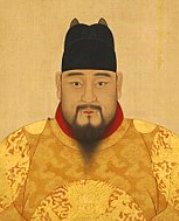 1560 –Elizabeth Báthory born, the “Blood Countess,” Hungarian torturer and killer of hundreds of young women over a 24-year period

1751 – Wilhelmina of Prussia born, as Princess of Orange, she was leader of the dynastic stadtholder party and the counter revolution while married to William V of Orange

Wilhelmina of Prussia, Princess of Orange by Johann Georg Ziesenis

1782 – General George Washington designates the first American military decoration, the Badge of Military Merit, for “any singularly meritorious action” now known as the Purple Heart for its shape and color 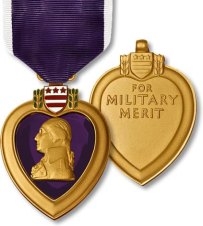 1813 – Paulina Kellogg Wright Davis born, American abolitionist, feminist and educator, founder of the pioneering U.S. women’s rights newspaper, The Una; co-founder of the New England Woman Suffrage Association; campaigned for passage by the New York State Legislature of the Married Women’s Property Act of 1848. She published her The History of the National Woman’s Rights Movement in 1870

1819 – Near Bogotá, Simón Bolívar defeats the Spanish in the Battle of Boyacá * leading to freeing New Granada (Columbia) from the control of the Spanish

1848 – Sea Serpent Day *- The crew of the HMS Daedalus, voyaging to Saint Helena in the South Atlantic, sight a 60-foot-long sea creature with a strange maned head 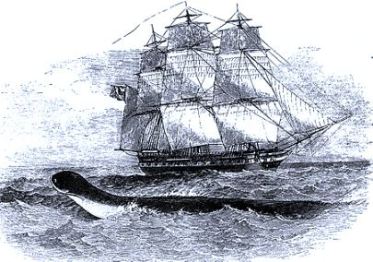 1876 – Mata Hari born, Dutch exotic dancer; executed as a WWI German spy, but was probably a double-agent for the French and the Germans 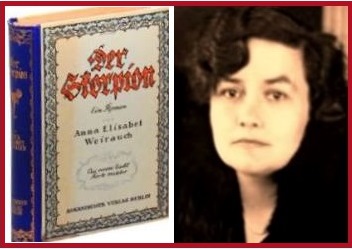 1890 – Elizabeth Gurley Flynn born, American author, feminist, Labor activist and orator with the IWW; Chair of the National Committee of the Communist Party USA. The song “The Rebel Girl” was written about her by Joe Hill. She was a founding member of the American Civil Liberties Union (ACLU) and a principal activist for their International Labor Defense (ILD), formed in 1925

1903 – Louis Leakey born, notable Kenyan-English paleontologist and archaeologist; his work with his wife and partner Mary Leakey was a key factor in demonstrating that humans evolved in Africa

1904 – Ralph Bunche born, African American political scientist, pioneering UN diplomat who negotiates the 1949 armistice between newly-born Israel and the Arab states, for which he wins the 1950 Nobel Peace Prize

1909 – Alice Huyler Ramsey becomes first to complete a cross-country automobile trip, traveling with three friends (none of whom could drive) for 59 days from New York, New York, to San Francisco, California 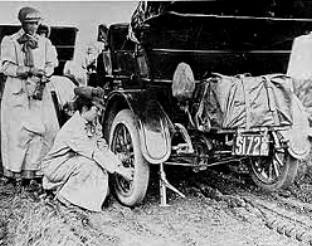 1911 – Nicholas Ray born, influential American filmmaker-screenwriter; director of Rebel Without a Cause, Johnny Guitar, and They Live by Night 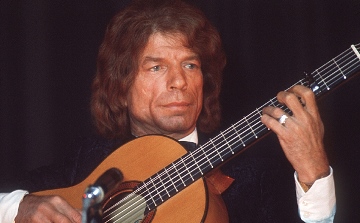 1921 – Karel Husa born in Czechoslovakia, Czech-American classical composer and conductor; he emigrated to the U.S. in 1954, and became an American citizen in 1959; winner of the 1950 Lili Boulanger Award, the 1951 Bilthoven Festival Prize, and the 1969 Pulitzer Prize for Music

1925 – Felice Bryant born, American songwriter; teamed with her husband for such hits as “All I Have to Do Is Dream” and “Bye, Bye Love”

Illustration from Summer of the Swans

1930 – Toğrul Nərimanbəyov born, Azerbaijani modern artist, who later became a French citizen and worked in Paris; honored as a People’s Artist of Azerbaijan in 1967. He also had an excellent operatic voice, and in his youth performed arias, frequently from Azerbaijani composers 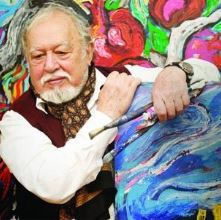 1932 – Abebe Bikila born, Ethiopian Olympic marathon winner, the first Ethiopian and first East African gold medalist, who set a world record at the 1960 Rome Olympics, running barefoot to win the gold, then became the first athlete to successfully defend an Olympic marathon title, at the 1964 Tokyo games. Bikila was also a pioneer in long-distance running, winning 12 of the 16 Boston Marathons in which he participated. He was paralyzed by a car accident in 1969. He regained some upper-body mobility but never walked again. While Bikila was undergoing medical treatment in England, he participated in archery and table tennis competitions at the 1970 Stoke Mandeville Games in London, one of the predecessors of the Paralympic Games. Four years later, he died at age 41 of a cerebral hemorrhage related to the accident. A national day of mourning in Ethiopia was declared. Many schools, events and venues in Ethiopia have been named in his honor

Abebe Bikila winning the marathon in the 1960 Rome Olympics

1934 – U.S. Court of Appeals upholds lower court ruling in United States v.  One Book Called ‘Ulysses’ against the banning of James Joyce’s novel Ulysses, declaring that “offensive language in a literary work is not obscene where it does not promote lust”

1938 – Construction on the Nazi concentration camp at Mauthausen-Gusen begins, after the Third Reich annexes Austria in May, 1938

1942 – U.S. forces land at Guadalcanal, the opening of a major WWII Allied offensive in the Pacific

1942 – Jane Fortune born, American author, journalist, women’s art expert and philanthropist; she was the cultural editor of The Florentine, an English-language newspaper in Tuscany (2005-2018), and wrote Mosaics, a column which led to publication of her guidebook, To Florence, Con Amore: 77 Ways to Love the City (expanded in the second edition to 90 Ways to Love the City). She spent many years tracing, documenting, and fighting to preserve, restore and promote the women artists of the city. She wrote Invisible Women: Forgotten Artists of Florence, published in 2009, and co-authored with Linda Falcone, Art by Women in Florence: A Guide through Five Hundred Years (2012), which details where the work of women artists may be viewed in the public collections of Florence. She founded the Italian nonprofit, The Florentine Committee of the National Museum for Women in the Arts in 2005, and in 2009, she founded the American nonprofit, Advancing Women Artists Foundation (AWA), to research, restore and exhibit art works by woman artists. Since AWA’s founding, over sixty restoration projects have been completed for drawings, paintings and sculpture, concentrating on Florentine women artists, from the 16th through the 19th centuries, but also work by 19th century French sculptor Félicie de Fauveau. AWA also sponsors the Nelli Awards, given to modern women artists, curators, and restorers working in Florence. Initially, she funded the restoration of a painting in the San Marco Museum, Lamentation with Saints, a large-scale Renaissance painting by Suor Plautilla Nelli, Florence’s earliest recognized woman painter to date. In 2008, David and Bathsheba, by Baroque painter Artemisia Gentileschi was restored. In 2015, the city of Florence bestowed on her its highest honor, the Fiorino d’Oro. After Fortune died of cancer at home in Indianapolis in 2018, at the age of 76, a memorial mass was held for her at the Basilica of Santa Croce in Florence

1953 – Anne Fadiman born, American journalist and essayist; won the 1997 National Book Critics Circle Award for her non-fiction book, The Spirit Catches You and You Fall Down; a founding editor of the Library of Congress magazine Civilization

1957 – Daire Brehan born, Irish stage and television actress, barrister and BBC radio presenter; co-founder in 1985 of the theatre company Theatre Unlimited; was called to the Bar in 2002, practicing in criminal defense and prosecution; in 2005, became a member of the Inner Temple; elected in 2012 a Bencher of the Honorable Society of the Inner Temple, She died at age 55 of cancer in 2012

1959 – The “Lincoln Memorial” penny goes into circulation, replacing the “sheaves of wheat” design

1964 – U.S. Congress passes Gulf of Tonkin Resolution, giving LBJ the broad powers he requests to strengthen his hand in dealing with “Communist aggression” in SE Asia

1968 – Francesca Gregorini born in Italy, Italian-American film director, scriptwriter and musician; made her directing debut on Tanner Hall, for which she also co-authored the screenplay; her film The Truth About Emanuel was selected for the dramatic competition at the 2013 Sundance Film Festival 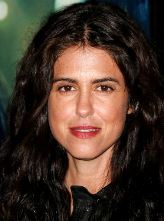 1969 – Dana G. Peleg born as Kiryat Bialik in the U.S.; Israeli writer, journalist, translator, editor, poet, and activist for women’s and LGBT rights. From 1996 to 2006, she wrote a column for At (You) magazine, the first regular column in the mainstream Israeli press on lesbian, bisexual and pansexual women. Peleg also wrote for the magazine Haim Aherim (A Different Life – 2003-2013). She wrote for the LGBT publication Hazman Havarod (Pink Times – 1997–2007). In 2000, she published her first collection of short stories, Te’enim, Ahuvati (Figs, My Love), and her poetry has appeared in LGBT magazines and anthologies 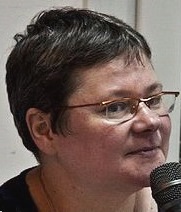 1971 – Karen Blackett born, British advertising executive; CEO of MediaCom UK (1999 to present), and Chancellor of the University of Portsmouth since 2017

1987 – Lynne Cox becomes first person to swim from the United States to the USSR, crossing from Little Diomede Island in Alaska to Big Diomede in the Soviet Union

1998 – Bombings at the U.S. embassies at Dar es Salaam in Tanzania and Nairobi in Kenya kill over 210 people

2007 – International Assistance Dog Week * is launched by Marcie Davis,  a paraplegic who has never let that slow her down; author of Working Like Dogs: The Service Dog Guidebook

2010 – Elena Kagan is sworn in as the fourth woman justice on the U.S. Supreme Court

2012 – Secretary of State Hillary Clinton, a guest of honor at a dinner hosted by South African Foreign Minister Maite Nkoana-Mashabane in Johannesburg, was one of the first people out on the dance floor, laughing with jazz singer Judith Sephuma as they tried to outdo each other in dance moves. This was a break from serious business; Clinton was attending a conference on stopping the spread of AIDS in South Africa, which has the highest HIV infection rate in the world

2017 – Kenyans voted in a tightly contested presidential election, forming long lines at polling stations to choose between President Uhuru Kenyatta and Leader of the Opposition Raila Odinga. Kenyatta claimed 54% of the popular vote, but the results were challenged by Odinga in the Supreme Court of Kenya, which declared the election invalid and ordered a new presidential election within 60 days from the day of the ruling. Kenyatta won the new election held in October, but only 39% of voters participated due to voter fatigue, voter apathy and an opposition boycott 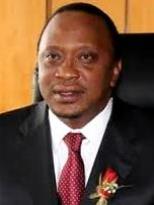 2019 – Cyntoia Brown, a sex trafficking victim who in 2006 was sentenced to life in prison over the murder of Johnny Allen, was released on parole, seven months after  after Tennessee’s Republican Governor Bill Haslam granted her clemency. Brown was 16 when she killed Allen, but she was tried as an adult. She said she acted in self-defense and that Allen had solicited her for sex after she was forced into prostitution, also saying that she believed Allen was going to kill her. Following her conviction, Brown would not have been eligible for parole until serving 51 years, but her sentence was commuted. Brown said she looks forward “to using my experiences to help other women and girls suffering abuse and exploitation.”

Nona Blyth Cloud has lived and worked in the Los Angeles area for the past 50 years, spending much of that time commuting on the 405 Freeway. After Hollywood failed to appreciate her genius for acting and directing, she began a second career managing non-profits, from which she has retired. Nona has now resumed writing whatever comes into her head, instead of reports and pleas for funding. She lives in a small house overrun by books with her wonderful husband.
View all posts by wordcloud9 →
This entry was posted in History, Holidays, On This Day and tagged Abebe Bikila, Chiaki Mukai, Dana G. Peleg, Elinor Ostrom, Mata Hari, Ralph Bunche, Simón Bolívar. Bookmark the permalink.