1 BC – The day after Emperor Ai of the Han Dynasty dies without an heir, Wang Mang seizes power and is declared marshal of state. The Han Dynasty is restored when he is overthrown in 23 AD

1384 – Hongwu Emperor Dong of the Ming Dynasty hears a couple’s case who tore paper money bills fighting over them (equal to destroying stamped government documents, in Chinese law punished by one hundred floggings), but he pardons them 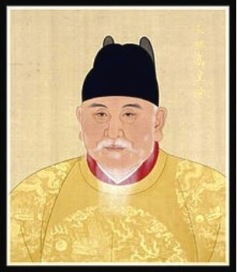 1513 – Battle of the Spurs: English and Holy Roman Empire troops under Henry VIII and Maximilian I surprise and rout the French cavalry at Enguinegatte in France, and Henry VIII continues his siege of Thérouanne

1565 – Christine de Lorraine born, Grand Duchess consort of Tuscany; she was dowager after her husband’s death in 1609, she has much influence in her son’s court, and after his death, served as co-regent of Tuscany (1621-1628) with her daughter in-law during the minority of her grandson 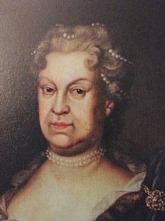 1792 – Maximilien de Robespierre presents the petition of the Commune of Paris to the Legislative Assembly, which demands the formation of a revolutionary tribunal, composed of a jury, a public prosecutor, and two substitutes, all nominated by the Assembly, with no appeal from its judgement. The Revolutionary Tribunal pronounced 1,220 death sentences in its first 13 months

1813 – Sarah Porter born, American educator, founder of Miss Porter’s School, a private girl’s college preparatory school; she acquired her education through private tutoring by Yale professors, and continued study on her own. Her school was a pioneer in offering an expansive curriculum for women, including the sciences

1842 – U.S. government took over mail delivery in NYC from the city dispatch post.

1860 – Jules Laforgue born in Uruguay, French Symbolist poet, noted for his lyrical irony; one of the early developers of vers libre

1864 – Elsie Maud Inglis born, Scottish innovative doctor, pioneering surgeon, suffragist, and founder of the Scottish Women’s Hospitals. She was also the first woman to be honored with the Serbian Order of the White Eagle, in recognition of her  leadership in establishing hospitals staffed by women near the fronts in Serbia, France, Belgium and Russia during WWI

1865 – Mary Gilmore born, Australian writer, journalist, poet, labor movement activist, and crusader for the disadvantaged; inaugural editor of the women’s section of The Australian Worker (1908-1931), advocating for women’s suffrage, pensions for the elderly and invalids, and just treatment of the Aboriginal people. During this time she also wrote for The Bulletin and The Sydney Morning Herald. Her first volume of poetry was published in 1910, which was followed by 20 additional collections; her best known poem is “No Foe Shall Gather Our Harvest” a morale booster during WWII.  She was appointed Dame Commander of the British Empire in 1937 for her contributions to literature. By the late 1940s, she was the doyenne of the Sydney literati, and in the 1950s and 1960s became a well-known personality on radio and television. At 87, she began writing “Arrows,” a column for The Tribune, the Australian Communist Party’s newspaper (1952-1963), but never joined the party. When Dame Mary died at age 97, she was accorded a state funeral, one of the few writers to be so honored. Her likeness has been featured on the Australian ten-dollar note since 1993 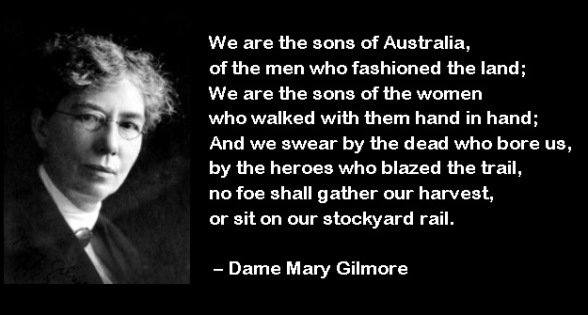 1880 – Auguste Rodin is commissioned to sculpt a large doorway for Musée des Arts Décoratifs. Inspired by Dante, he worked on the ‘Gates of Hell’ for the next 37 years

detail of upper portion, Gates of Hell, by Auguste Rodin

1885 – LaMarcus Adna Thompson patented a wooden roller coaster *, but “Russian Mountains” had been built since the 17th century, beginning near Saint Petersburg, out of ice with wooden supports which were 70 to 80 feet high with a 50◦ drop

1900 – Ida A. Browne born, Australian geologist and palaeontologist; she graduated from the University of Sydney with Honors in 1922, and won the University medal in geology. She then worked as a demonstrator in geology and petrology at the University (1922-1927), researching the minerals and geology of New South Wales. A Linnean-Macleay Fellowship (1927-1931) enabled her to extend her research, producing extensive mapping of the region, and also paid for travels overseas to research facilities and conferences. In 1932, she was the second woman at the University of Sydney to earn a doctorate in Geology, but was unable to find work in her field; no mining company would hire her because women were forbidden to work underground. She worked for the University again, and was promoted from demonstrator to Assistant Lecturer in palaeontology when Professor W.S. Dun became ill, putting aside her geology studies to gain extensive knowledge of palaeontology, and keep ahead of her students. She became a full lecturer in 1940. Moving from hard rock to soft rock studies, Brown’s research evolved into the study of Palaeozoic invertebrates, specifically brachiopods, and stratigraphical studies. She had exceptional mapping skills; her Taemas map continues to be used. She was promoted to Senior Lecturer in 1945, but resigned from teaching in 1950 when she married to fellow geologist and colleague, William Rowan Browne. She then worked with him, often in the field, and continued publishing papers under her name. Browne was a member and first woman president of both of the Royal Society of New South Wales (president 1942-1950) and of the Linnean Society of New South Wales (president in 1953); member of the Australian National Research Council,  and the Geological Society of Australia

1902 – Wallace Henry Thurman born, African-American editor, novelist and playwright, part of the Harlem Renaissance;  The Blacker the Berry: A Novel of Negro Life(1929)

1902 – Georgette Heyer born, British novelist, detective fiction and historical romance, often set in the Regency period. Her description of Battle of Waterloo in An Infamous Army was so definitive, military history instructors at Royal Military Academy Sandhurst have used it in their classes 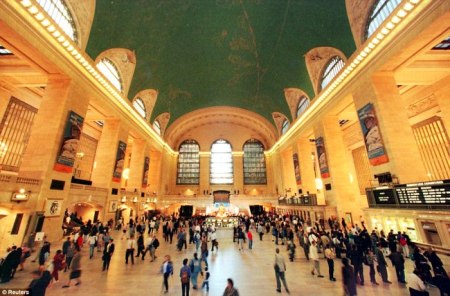 1904 – Wendell Stanley born, American biochemist, 1946 Nobel Prize in Chemistry (much of his research was later shown to be incorrect, but led to other discoveries)

1908 – The ‘Young Turks’ Ottoman Empire Commission of Union and Progress announces universal reforms respecting rights of all, regardless of race or religion

1911 – E. F. Schumacher born in Germany, British economist; Chief Economic Advisor to the British National Coal Board (1950-1970); author of  Small Is Beautiful: A Study of Economics As If People Mattered

1923 – The UK gives the name “Ross Dependency” to part of its claimed Antarctic territory, and New Zealand’s Governor-General becomes its administrator

1930 –First color sound cartoon, Flip the Frog: Fiddlesticks, is made by Ub Iwerks

1947 – Carol Moseley Braun born, American politician and diplomat; U.S. Ambassador to Samoa (2000-2001); U.S. Ambassador to New Zealand (1999-2001); the first African American woman U.S Senator, and first woman U.S. Senator from Illinois (1993-1999); considered centrist or conservative on economic issues, but liberal on social issues; strongly pro-choice, against the death penalty, and in favor of gun control; voted against the Defense of Marriage Act (DOMA). In 1993, she convinced the Senate Judiciary Committee to reject the United Daughters of the Confederacy’s application for renewal of its design patent because the design contained a Confederate flag. With Senator Barbara Mikulski, in 1993 she broke the ban on women wearing pants on the Senate floor, which was finally amended in 1994 to allow pants on the floor as long they were worn with a jacket. Moseley Braun delivered the eulogy for Thurgood Marshall in 1993

1957 – Laura Innes born, American actress and television director; known for her work on the medical dram ER. An advocate for persons with disabilities, as a director she has helped them find employment, and is a supporter of the Performers with Disabilities Committee of the Screen Actors Guild

1958 – Angela Bassett born, African American actress and activist, known for her Golden Globe-winning performance in the biopic What’s Love Got to Do with It as Tuna Turner, as Betty Shabazz in Malcolm X, and as Coretta Scott King in Betty & Coretta. She also played the title role in the television film The Rosa Parks Story, for which she won a 2003 Black Reel Award. She is a supporter of arts programs for youth, and programs for children with diabetes. Bassett is also an Ambassador for  UNICEF. She contributed to Barack Obama’s presidential campaigns and made appearances to urge people to vote. She also endorsed Hilary Clinton for president in 2016, and introduced survivors of the 2015 Charleston church shooting at the 2016 Democratic National Convention

1960 – Cyprus is granted independence from Britain

1960 – Rosita Baltazar born in Guatemala, Belizean Garifuna choreographer, dancer, dance instructor and founding assistant director of the Belize National Dance Company in 1990. In 2009 she was honored with the Chatoyer Recognition Award from the National Garifuna Council of Belize for her efforts at preserving Garifuna culture. The Garifuna are a mixed indigenous people originally from the Caribbean island of St. Vincent who speak an eponymous Arawakan language 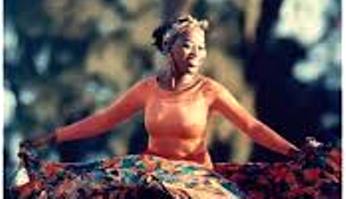 1962 – De Jure Transfer Day * – French-controlled sectors of India agitated to become part of the independent Republic of India. In 1956, a treaty of cession was signed, but it was not ratified by the French parliament until 1962. On August 16, 1962, India and France exchanged instruments of ratification giving India full sovereignty over the former French territories

1966 – The Monkees first single “Last Train to Clarksville” is released

1966 – The House Un-American Activities Committee begins investigations of Americans who have aided the Viet Cong, intending to introduce legislation making these activities illegal. Anti-war demonstrators disrupt the meeting and 50 people are arrested 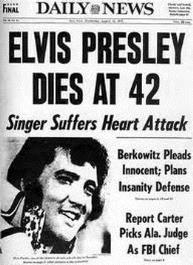 1989 – A solar flare from the Sun creates a geomagnetic storm that affects micro chips, leading to a halt of all trading on Toronto’s stock market

2002 – The Africa Women’s Peace Train leaves Kampala, Uganda, to run through Kenya, Tanzania, Malawi, Zambia, Mozambique, Botswana and finally to Johannesburg in South Africa, for the World Summit on Sustainable Development (WSSD). Their goal is to bring an end to the civil wars, corruption and genocide which are making their families unsafe

2012 – The Ecuadorian Embassy in London grants political asylum to Julian Assange, WikiLeaks founder, after his appeal to prevent extradition to Sweden over accusations of sexual assault and rape was denied by the British Supreme Court days earlier. He remains in the Embassy until he is forcibly removed under arrest, at the Ecuadorian’s request, by London police officers in April, 2019

2017 – The Minamata Convention on Mercury enters into force, an international treaty to protect human health and the environment from anthropogenic emissions and any releases of mercury and mercury compounds

2019 – After India revoked the limited autonomy status of Kashmir on August 4, thousands of Indian troops were sent in, who arrested political leaders, imposed a strict curfew, and shut down telecommunications and internet access. Iltija Mufti, daughter of Mehbooba Mufti, former chief minister of Kashmir, spoke to the Guardian on this day while under house arrest. She pleaded for the international community to act over the unprecedented clampdown on millions of Kashmiris, warning they are being “caged like animals” and treated as “cannon fodder.” She said as many as 25 armed security personnel surrounded her house last week, locking all entrances. Pakistan protested, and downgraded its diplomatic relations with India. Kashmir has long been disputed territory between Indian and Pakistan. There were over 700 protests in Kashmir’s main city of Srinagar since the takeover, and about 200 civilians and 415 security forces have been wounded or injured

Nona Blyth Cloud has lived and worked in the Los Angeles area for the past 50 years, spending much of that time commuting on the 405 Freeway. After Hollywood failed to appreciate her genius for acting and directing, she began a second career managing non-profits, from which she has retired. Nona has now resumed writing whatever comes into her head, instead of reports and pleas for funding. She lives in a small house overrun by books with her wonderful husband.
View all posts by wordcloud9 →
This entry was posted in History, Holidays, On This Day and tagged Angela Bassett, Carol Moseley-Braun, E. F. Schumacher, Elsie Maud Inglis, Hongwu Emperor Dong, Ida Browne, T.E. Lawrence. Bookmark the permalink.