Kiss and Make Up Day

1248 – The Dutch city of Ommen receives city rights and fortification rights from Otto III, the Archbishop of Utrecht 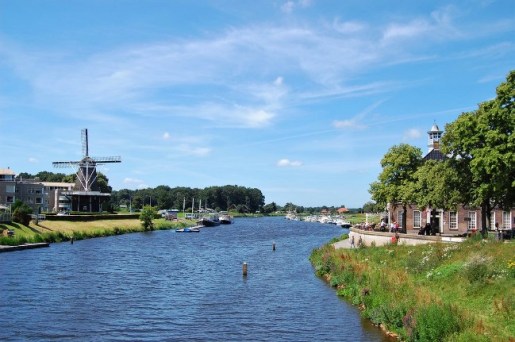 1543 – Portuguese traders are the first Europeans to arrive in Japan, introducing firearms into the country 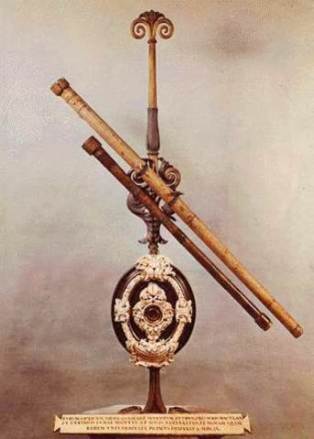 1819 – Allan Pinkerton born in Scotland, head of the Union Intelligence Service during the U.S. Civil War; founder of American Pinkerton Detective Agency; his agency would later provide armed strike-breakers to the Robber Barons against unionizing workers

1825 – Uruguay declared independent of the Empire of Brazil by the Treinta y Tres Orientales (Thirty-Three Orientals), militant revolutionaries led by Juan Antonio Lavalleja and Manuel Oribe, named for starting the April 1825 insurrection in Oriental Province, an historical territory now split by the border between Uruguay and Brazil

1828 – Jane Lathrop Stanford born, American educator and philanthropist, co-founder of Stanford University; she funded and operated the university after her husband’s death in order to keep it open

1835 – “The Great Moon Hoax” – The New York Sun runs a satirical series, “reprinted” from the long-defunct Edinburgh Journal of Science, claiming sightings through a telescope of life on the moon, including unicorns, two-legged beavers, bat-like humanoids, rushing rivers and lush vegetation. Most readers believe the stories are true, including some scientists from Yale University, who show up at the Sun wanting to see the “science journal” 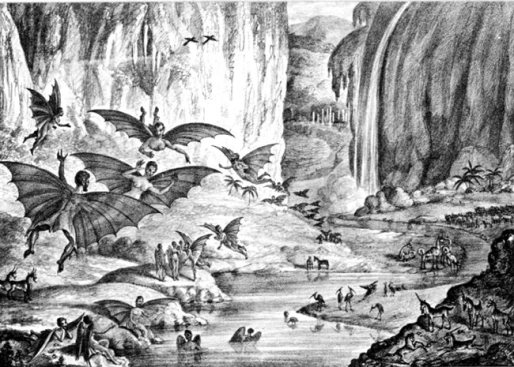 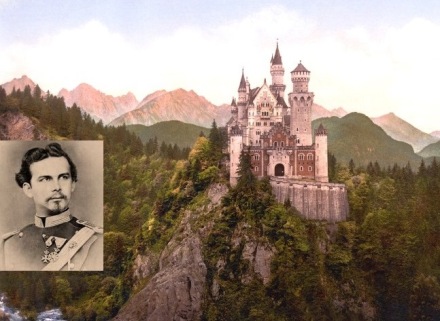 1860 – Henrietta Vinton Davis born, black American elocutionist, dramatic reader-actor, and first international organizer for Marcus Garvey’s African Redemption Movement; a signer of the Declaration of the Rights of the Negro Peoples of the World; officer in the Universal Negro Improvement Association and African Communities League (UNIA-ACL) and later the rival UNIA, Inc. 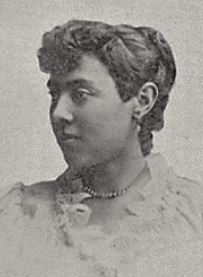 1875 – Captain Matthew Webb becomes the first person to swim across the English Channel, traveling from Dover, England, to Calais, France, in 22 hours 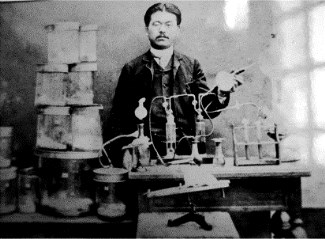 1900 – Isobel Hogg Kerr Beattie born, Scottish architect, likely the first professional woman architect in Scotland; after graduating from the Edinburgh College of Art in 1926, she briefly worked in an office, then set up independently (1928-1929) before returning to the College of Art to get an advanced degree. She then worked for the Edinburgh firm Jamieson & Arnott, and was admitted as an Associate of the Royal Institute of British Architects in 1931 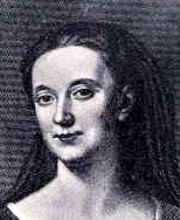 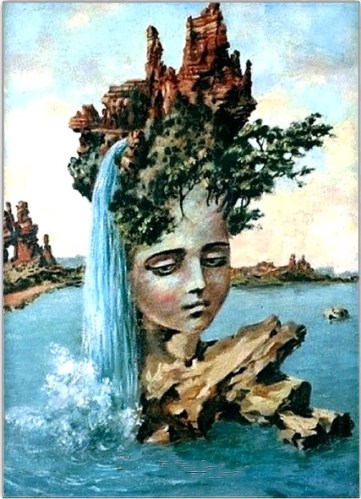 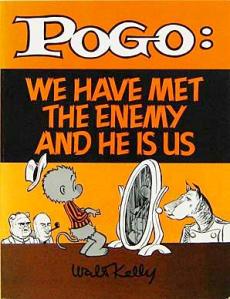 1914 – The German Army deliberately destroys the Catholic University of Leuven library.  Hundreds of thousands of irreplaceable books and Gothic and Renaissance manuscripts are lost 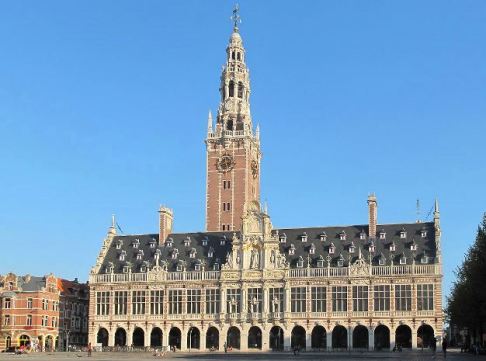 The rebuilt University of Leuven library

1916 – Park Service Founders Day *- President Wilson signs into law the Organic Act of 1916, creating the National Park Service as part of the Department of the Interior 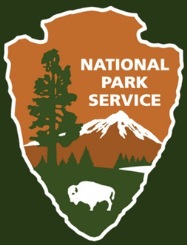 1925 – Thea Astley born, Australian novelist and short story writer, sometimes used pen name Philip Cressy (she sold her first poem under that name because men were paid ₤5, but women were only paid ₤3); Astley won Australia’s major literary prize, the Miles Franklin Award, four times, more than any other Australian writer, at a time when the Australian literary scene was heavily dominated by men; noted for The Well Dressed Explorer, The Slow Natives, The Acolyte, The Kindness Cup and Drylands

1927 – Althea Gibson born, American tennis player, the first black athlete to break the color barrier in international tennis, and in 1956, first African American to win a Grand Slam title (French championships). She won Wimbledon and the U.S. Nationals in 1957 and 1958. She later became the first black player to compete on the LPGA (Ladies Professional Golf Association) Tour

1944 – Paris is liberated from the Nazis after four years of occupation; now celebrated as Liberation Day* in France

1944 – Sherley Anne Williams born, African American poet, novelist and social critic; noted for The Peacock Poems, her novel Dessa Rose, and the non-fiction Give Birth to Brightness: A Thematic Study of Neo-Black Literature 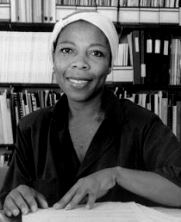 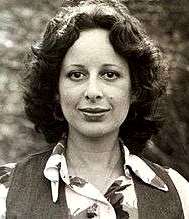 1962 – Taslima Nasrin born, Bangladeshi author, poet and physician who has been in exile since 1994. Her first writings were mainly poetry, often about female oppression and written in graphic language. In the early 1990s, she published three collections of essays and three novels. In 1993, her novel Lajja (Shame), about a Hindu family attacked by Muslims, radically changed her life. Muslims, outraged by her negative portrayal of Islamic philosophy, called for a ban of the novel, and she was physically attacked.  The Council of Islamic Soldiers, a radical fundamentalist group, offered a bounty for her death. In 1994, she was misquoted in a newspaper interview, and was charged with “making inflammatory statements.” Thousands of demonstrators labeled her “an apostate” who vilified Islam. After two months in hiding, she escaped to Sweden, ceasing her medical practice to become a full-time writer, and activist for women’s rights and freedom of expression. When her Bangladeshi passport was revoked, she was granted citizenship by Sweden, and spent time in Western Europe and America. She has also lived at times in India, but her books continue to be feminist, frank about her sexuality, and critical of Islamic subjugation of women, so the protests, banning of her books, and fatwas calling for her death have continued. She has been honored with numerous awards, from a 1994 Human Rights Award from the French government,  to 1994 Kurt Tucholsky Prize from Swedish PEN and  1994 Feminist of the Year from Feminist Majority Foundation, and 2002 Freethought Heroine Award from Freedom from Religion Foundation

1963 – Tiina Intelmann born, Estonian diplomat; current head of the EU Delegation in Liberia since 2014; President of the Assembly of States Parties of the International Criminal Court (2011-2014); Estonia’s Permanent Representative to the United Nations (2005-2011) 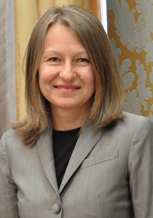 1968 – Arthur Ashe is the first African American to win the U.S. Mens Singles championship in tennis 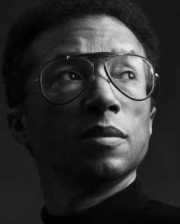 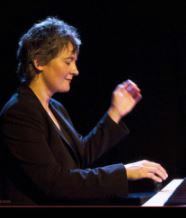 1997 – The tobacco industry agrees to an $11.3 billion settlement with Florida 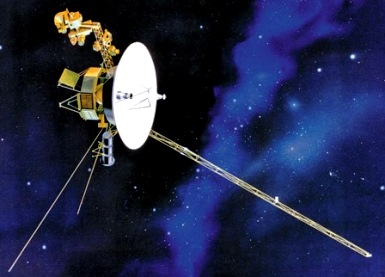 2015 – Ferguson Missouri Municipal Court Judge Donald McCullin ordered withdrawal of all local arrest warrants issued before December 31, responding to severe criticism of the court and local police in a Justice Department report issued after its investigation of the fatal shooting of black teenager Michael Brown by a white officer in 2014

2016 – Hospitals in Orlando, Florida, that treated survivors of the Pulse nightclub massacre are not charging patients for out-of-pocket expenses for their care. Orlando Regional Medical Center, one of the two hospitals that treated most of the 53 surviving victims of the mass shooting, said it planned to turn to the patients’ insurance plans, and then the fund which was started for the victims and their families, to cover the costs. Florida Hospital said it would not even bill the victims’ insurance companies. The bills they will absorb will total over $5.5 million USD. Forty-nine other people in the gay nightclub on June 12th were killed by a 29-year-old firing semi-automatic weapons.  It was the deadliest incident of violence against LGBT people in U.S. history

2018 – Zelda Perkins, a former employee of Miramax, spoke before the British Parliament, revealing how Harvey Weinstein used legal contracts to keep harassment victims quiet. She has been campaigning for changes in legislation on non-disclosure agreements. In autumn of 2017, Perkins broke a 20-year silence, and revealed in an interview with the Financial Times that she had signed a non-disclosure agreement with Weinstein and Miramax in 1998. She stated that she and a colleague had been victims of harassment by Mr. Weinstein, and had gone through three days of “demoralizing” and intense negotiations with Weinstein’s lawyers. The settlement placed strict restrictions on Perkins, prohibiting her from speaking to friends, colleagues or family about her experiences with Weinstein, but also to any professionals, including medical practitioners, unless they themselves had signed an NDA. Such restrictions meant that Perkins’ colleague — who she said Weinstein had attempted to rape — couldn’t see a trauma counselor without them signing an NDA. “She never discussed it, because she was so afraid,” Perkins said, who assumed that breaking the NDA would result in jail time. “I was basically told the best thing was to erase the past four years of my life from memory.” Perkins added that despite allegations of a “criminal act,” she was told any attempt to take the matter to court would result in her being “utterly crushed,” given the “disparity of power between myself and Weinstein and Disney.” Disney owned Miramax at the time. She hoped that insisting on adding obligations to the NDA would restrict Weinstein from continuing what she has described as predatory and illegal behavior. These included therapy sessions for the producer and the use of three complaint handlers within Miramax, one of whom had to be an attorney. Were any further damages to be brought against Weinstein over the following two years, she said the agreement stated that Perkins’ case would be “disclosed to Disney or Harvey would be fired.” However, she said that these obligations weren’t met, and she stopped checking after 12 months, having left the industry and the U.K. “Essentially, we were defrauded,” she said.  She left the industry because during the months after signing the NDA, during her interviews for jobs within the industry, “it was suggested that I’d clearly been having an affair with Harvey and asked whether this would be a problem in the future.” To her, this was the “most insulting thing that could happen,” and she not only left the industry, she left the UK for five years. “I don’t think my colleague has ever returned,” she said. 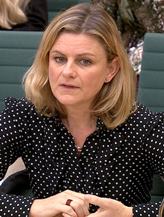 Nona Blyth Cloud has lived and worked in the Los Angeles area for the past 50 years, spending much of that time commuting on the 405 Freeway. After Hollywood failed to appreciate her genius for acting and directing, she began a second career managing non-profits, from which she has retired. Nona has now resumed writing whatever comes into her head, instead of reports and pleas for funding. She lives in a small house overrun by books with her wonderful husband.
View all posts by wordcloud9 →
This entry was posted in History, Holidays, On This Day and tagged Althea Gibson, Arthur Ashe, Harry Truman, Henrietta Vinton Davis, Leonard Bernstein, Sherley Anne Williams, Taslima Nasrin. Bookmark the permalink.