According to Hoyle Day *

1533 – Francisco Pizarro orders the killing of Atahualpa, the last Incan King of Peru

1632 – John Locke born, English philosopher and physician, “Father of Liberalism,” whose writings have a major influence on the U.S. Declaration of Independence.  Individual Rights Day * is set on August 29 in his honor

1728 – Maria Ana Sophia of Saxony born; as the wife of Maximillian III Joseph, she becomes Electress of Bavaria, and negotiates with Frederick II of Prussia to ensure Bavaria’s independence from Austria

1769 – Edmond Hoyle, author of A Short Treatise on the Game of Whist, arbiter of rules for card and board games, dies – “According to Hoyle” Day * honors his memory

1815 – Anna Ella Carroll born, American reformer, anti-slavery pamphleteer and lobbyist after freeing her own slaves in 1860; using the pen-name ‘Hancock,’ published articles in the National Intelligencer; defended Lincoln early in the Civil War, in her pamphlet, The War Powers of the General Government, against claims that by suspending writ of habeas corpus, imposing martial law and a naval blockade he violated the Constitution. She went to St. Louis in the fall of 1861, and gathered intelligence from riverboat captains that may have influenced changing the Union’s main invasion routes from the Mississippi River to the Tennessee and Cumberland rivers

1871 –  Florine Stettheimer born, American painter, designer and poet; hosted a salon in Manhattan where she exhibited her work; Crystal Flowers, a book of poetry, was published posthumously by her sister

1892 – Alexandre Koyré born in the Russian Empire, Jewish French philosopher who wrote on the history and philosophy of science. He went to Germany as a student in 1908, then went to Paris in 1912, to continue his studies there. He joined the French Foreign Legion when WWI broke out, then volunteered for a Russian regiment in 1916, fighting on the Russian Front. By 1922, he had earned his Doctorat ès letters, and began teaching at the École pratique des hautes etudes (EPHE) in Paris. In 1932 the EPHE created a Department of History of Religious Thought in Modern Europe for him to chair. While he retained this position until his death, during 1932-1934, 1936-1938, and 1940-1941, he taught at Fuad University in Cairo, then lived in New York City during the rest of WWII, teaching at the New School for Social Research. Koyré was general secretary and Vice President of the Institut International de Philosophie, a member of the American Academy of Arts and Sciences, a recipient of the George Sarton Medal of the History of Science Society, and of the Silver Medal of the Centre National de la Recherche Scientifique. He died in Paris in 1964, at age 71 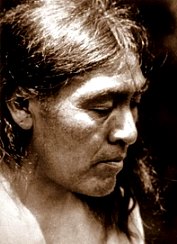 1926 – Helene Glykatzi-Ahrweiler born in Greece, historian, first woman Principal of the Université de Paris Panthéon-Sorbonne in its 700 year history; UNICEF Goodwill Ambassador; member of the British Academy and the Academy of Athens 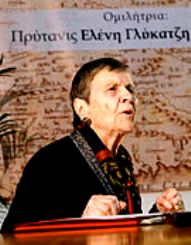 1931 – Lise Payette born, French Canadian feminist, Parti Québécois politician, radio show editor and host, and columnist for the Journal de Montreal (2004-2007) and Le Devoir(2007-2016); Member of the National Assembly of Quebec (1976-1981), she served during that time as Minister for Consumer Affairs, Minister of State for the Status of Women, and Minister of State for Social Development; she was responsible for the updating of the Civil Code of Quebec to allow two surnames for children; honored with the 1997 Florence Bird Award by the International Centre for Human Rights and Development, and made an Officer of the National Order of Quebec in 2001

1938 – Angela Huth born, English journalist, novelist, playwright and BBC presenter; she has published 3 collections of short stories and 11 novels, noted for her best-selling novel Land Girls, about the British women who did farm work during WWII taking the place of men who were soldiers; Fellow of the Royal Society of Literature since 1978

1946 – Francine D. Blau born, American economist and Frances Perkins Professor of Industrial and Labor Relations and professor of economics at Cornell University; first woman honored with the 2010 IZA Prize in Labor Economics for her “seminal contributions to the economic analysis of labor market inequality.” Also recipient of the 2001 Carolyn Shaw Bell Award from the American Economic Association Committee of the Status of Women in the Economic Profession, and the 2017 Jacob Mincer Award by the Society of Labor Economists for lifetime contributions to the field. Her books include Equal Pay in the Office, Gender and Family Issues in the Workplace, and The Economics of Women, Men and Work

1947 – Temple Grandin born, American professor of animal science at Colorado State University, and consultant to the livestock industry on animal behavior. Grandin is a prominent and widely cited proponent for the humane treatment of livestock for slaughter. She is also a spokesperson for autism, one of the first individuals on the autism spectrum to publicly share insights from her personal experience, inventor of a ‘hug box’ device which has a calming effect, and author of Emergence: Labeled Autistic, and Thinking in Pictures. She was originally diagnosed at the age of two as having ‘brain damage,’ which wasn’t confirmed until she was 64 years old, by cerebral imaging. Her mother was the first to hypothesize that she was autistic when Grandin was in her teens, but a formal diagnosis was not made until she was in her 40s. She has also been identified as an autistic savant

1952 – Karen Hesse born, American childrens and YA author, and poet; winner of the 1998 Newberry Medal for her book Out of the Dust, and the 2012 Phoenix Award from the Children’s Literature Association for Letters from Rivka

1970 – Los Angeles, California: During the Chicano Moratorium demonstration against the Vietnam War,  journalist Rubén Salazar and two others are killed when LAPD police officers riot

1982 – Ruhila Adatia-Sood born, Kenyan television and radio presenter and  journalist of Indian heritage. On September 21, 2013, she was mortally wounded in the Westgate shopping mall shooting while hosting a cooking competition for children in the centre’s rooftop car park, and died on the way to the Aga Khan Hospital, one of the 71 people killed in the attack and subsequent fire. At the time of her death, at the age of 31, she was six or seven months pregnant with her first child, after being married in January 2012

1991 – The Supreme Soviet, the parliament of the U.S.S.R., suspended all activities of the Communist Party, bringing an end to the institution

1993 – The Vigário Geral massacre: in the Rio de Janeiro favela (slum) of Vigário Geral, members of a Rio Military Police death squad “Cavalos Corredores” (Galloping Horses), randomly shooting, kill 21 people. This was believed to be revenge for the killing of four police officers two days earlier, who were reportedly involved in the extortion of drug traffickers. Charges were initially brought against 28 military policemen, and another 24 police and civilian employees were charged later; under Brazilian law, the maximum penalty for any crime is 30 years, and anyone sentenced to more than 19 years in prison is automatically granted a retrial

2005 – Hurricane Katrina makes landfall along Gulf Coast, from Louisiana to Florida, killing over 1800 people, and causing over $115 billion in damages

2015 – California lawmakers pass Assembly Bill 2888 to close a legal loophole that let a judge sentence sexual predator Brock Turner to just six months in jail and three years’ probation, after assaulting an unconscious woman behind a trash dumpster. When two students discovered him in the act, he tried to flee, but they tackled him, and pinned him down until police arrived. Prosecutors asked for a sentence of six years, because there was no penile penetration. Turner would only serve three months behind bars. California Governor Jerry Brown signed the bill into law, which imposes mandatory prison sentences for people convicted of raping or sexually assaulting someone who was unconscious, intoxicated or otherwise incapable of giving consent. Previously, the state only required prison time for rape or sexual assault by force

2019 – A new study published in the Lancet looked at long-term data from over 100,000 women who developed breast cancer after menopause. Half of the women used menopausal hormone therapy (MHT), and the study found that the longer they took the medicine the more likely they were to develop breast cancer. “This is a consensus of many researchers and many studies all around the world. These are important new results,” said Valerie Beral, a cancer epidemiologist at the University of Oxford and one of the lead authors of the new study. Women have long been prescribed synthetic versions to replace the hormones that decline during menopause. The medications — usually delivered in a pill, but sometimes in a patch, gel, or injection — provide women either estrogen or a combination of estrogen and progesterone. For many women, they help to decrease symptoms of menopause, including osteoporosis.  There have been indications that MHT increased the risk of breast cancer since the early 200os, but this was the first study to look at factors like a woman’s age when she started using MHT, or the length of time she took MHT. Researchers found that, compared women who never used MHT, women who did take it had a significantly higher risk of developing invasive breast cancer. They estimated that 6.3% of women who never used MHT developed breast cancer, compared to 8.3% of women who used the combination drug continually for five years. That’s roughly one extra cancer diagnosis for every 50 users. The longer women used MHT, the greater their risk of breast cancer. The study also found that women who took the combination drug were more likely to develop cancer than women who took the estrogen-only drug.

Nona Blyth Cloud has lived and worked in the Los Angeles area for the past 50 years, spending much of that time commuting on the 405 Freeway. After Hollywood failed to appreciate her genius for acting and directing, she began a second career managing non-profits, from which she has retired. Nona has now resumed writing whatever comes into her head, instead of reports and pleas for funding. She lives in a small house overrun by books with her wonderful husband.
View all posts by wordcloud9 →
This entry was posted in History, Holidays, On This Day and tagged Atahualpa, Elisabeth Irwin, Ingrid Bergman, Ishi, Jehan Sadat, John Locke, Temple Grandin. Bookmark the permalink.
Loading Comments...
%d bloggers like this: