Be Late for Something Day *

917 – Liu Yan declares himself emperor, establishing the Southern Han state in southern China, at his capital of Panyu

1500 – Maria of Jever born, the last ruler of the Lordship of Jever from the Wiemken family after her brother suddenly died at age 18; Count Edzard I of East Frisia was negotiating a marriage contract for her to marry one of his sons, but his sons jumped the gun and occupied Jever Castle, mistreating the prospective bride. East Frisian Landdrost Boing of Oldersum came to her rescue, and drove the invaders out of Jeverland. She might have married Boing, but he was killed during a siege of Wittmund. Maria never married, and had to learn to play politics. She made a deal with Emperor Charles V to take possession of Jeverland and then return it to her as a fief. This ended the imperial immediacy of Jeverland, which had been independent since 1417, but protected Jeverland from its encroaching neighbors. She gave charter rights to Jever City, and enlarged her territory by having new polders and locks built. Commerce flourished. When she died, her death was kept secret to prevent those nasty Counts of East Frisia from trying to grab power before the arrival of her rightful heir, Count John VII of Oldenberg, the son of her cousin

1568 – Tommaso Campanella born, Italian Dominican friar, philosopher, writer, theologian and astrologer; son of a poor cobbler, he was considered a child prodigy, and was taken into the Dominican Order before the age of 14; Philosophia sensibus demonstrata (Philosophy demonstrated by the senses) and wrote a defense of Galileo Galillei during Galileo’s first trial

1661 – Nicolas Fouquet, Superintendent of Finances under Louis XIV, arrested by D’Artagnan, lieutenant of the king’s musketeers for records discrepancies and suspicion of lining his own pockets from the state treasury

1670 – Jury Rights Day * – William Penn of London, arrested for publicly preaching Quakerism in violation of England’s Conventicles Act, pleads Not Guilty. The court repeatedly instructs jurors to find Penn guilty but they refuse. Penn is jailed, but so are the jurors, and food, water, tobacco and fire withheld from the jurors. They appeal their imprisonment and fines. A higher court ruling (Bushell’s case) confirms jurors cannot be punished for their verdict, even if a law has technically been broken, establishing jury rights in common law. Penn is released.

1698 – Russia’s Peter the Great, trying to Westernize the Russians, imposes a tax on beards for all men except clergy and the peasantry

1735 – Johann Christian Bach born, German composer; the 18th child of Johan Sebastian Bach; he moved to London in 1762, where he became known as “the London Bach“

1781 – American Revolution, Battle of the Chesapeake: The British Navy, carrying much-needed supplies for the British Redcoats, is repelled by the French Navy, contributing to the British surrender at Yorktown

1798 – French revolutionary government passes the Jourdan law, universal conscription of all single and childless men between ages 20 and 25, with exemptions for clergy, public office holders, and workers essential to the war effort. However, wealthy men could pay for a “replacement” to serve in their stead 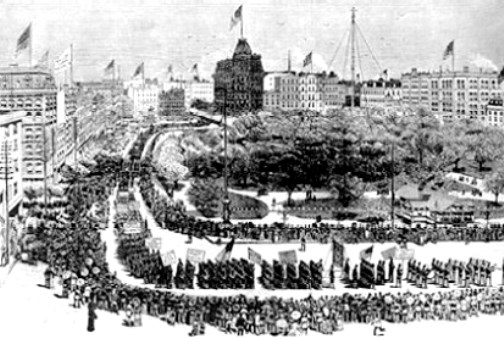 1899 – Helen Creighton born, Canadian author and folklorist; collector of over 4,000 traditional songs and stories, publishing many books on Nova Scotia folk songs and lore; Member of the Order of Canada (1976)

1902 – Jean Dalrymple born, American theatre producer, manager, playwright and publicist; she and future Hollywood screenwriter Dan Jarrett began their careers together on the vaudeville circuit, and co-wrote sketches. For one of them, “The Woman Pays,” they hired a handsome young Englishman with no acting experience who was working at Coney Island as a stilt-walker, thus giving Archibald Leach his first acting job (he became much better known later as Cary Grant.) When vaudeville started dying out, she switched to writing shorts for talking pictures, and also wrote her first play, Salt Water. Dalrymple was instrumental in the founding of the New York City Center, served on its board, and produced many plays there, including revivals of Our Town, Porgy and Bess, Othello (starring Paul Robeson and Jose Ferrer), A Streetcar Named Desire (starring Uta Hagen and Anthony Quinn), Pal Joey (with Bob Fosse and Viveca Lindfors), and King Lear (with Orson Welles)

1909 – Dr. Yusuf Mohamed Dadoo born, tireless South African fighter for national and social liberation, who did much to forge closer links between Indian, African and Colored groups fighting to end racial discrimination. He died in September 1983, while exiled in London 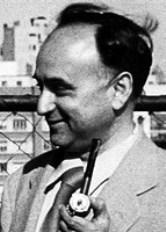 1914 – Nicanor Parra born, Chilean poet, mathematician, and physicist; he studied physics at Brown University in U.S. and cosmology at Oxford; taught theoretical physics in Santiago; Parra published Poemas y Antipoemas in 1954, which became one of the most influential Spanish-language poetry collections in the 20th century 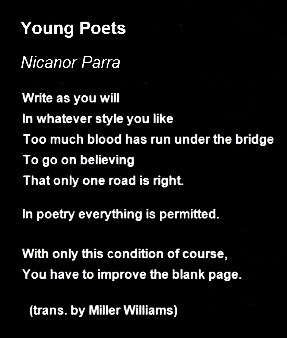 1915 – Opening Day of the Zimmerwald Conference, an international pro-peace socialist meeting in Switzerland

1921 – Actress Virginia Rappe dies at a party in San Francisco hosted by silent film comic “Fatty” Arbuckle, and he is charged with rape and manslaughter. After two hung juries, he is acquitted in a third trial, but his films are banned and his career ruined 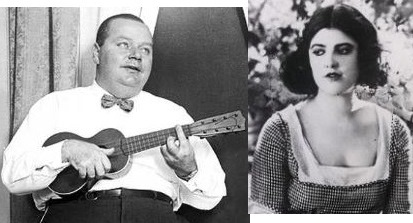 1938 – Doreen Massey born, Baroness Massey of Darwen; Labour Member of the House of Lords since 1999, and secretary of the All Party Parliamentary Humanist Group; Director of the Family Planning Association (1989-1994)

1939 –  Claudette Colvin born, American nurse and civil rights activist; as a teenager, she refused to give up her seat on the bus to a white person in Montgomery, Alabama, nine months before Rosa Parks did 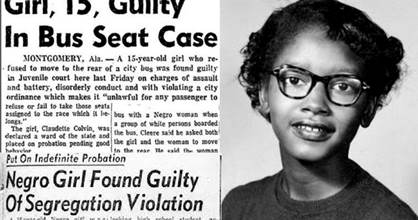 1940 – Valerie Howarth born, Baroness Howarth of Breckland since 2001, British politician and crossbencher member of the House of Lords and secretary of the All Parliamentary Children’s Group; Chair of Cafcass (Children and Family Court Advisory and Support Service) since 2008; she worked for several years as a Chief Officer in social services departments

1943 – Dulce Quintans-Saguisag born, Filipina politician; Secretary of Social Welfare and Development (2000-2001); secretary-general of the Gymnastics Association of the Philippines; campaigned for Corazon Aquino during her 1985-1986 presidential campaign; she was a breast cancer survivor who made her story public in 1997; killed in an automobile accident in 2007 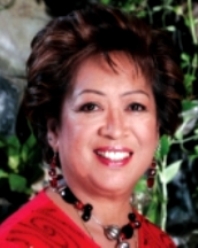 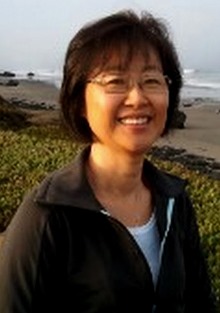 1950 – Cathy Guisewite born, American cartoonist, creator of the long-running comic strip Cathy, syndicated at the height of its popularity in the mid-1990s to almost 1400 newspapers. The final strip appeared on Sunday, October 3, 2010, after Guise announced its retirement 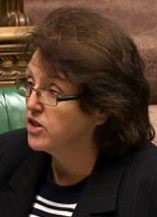 1956 – Les Waas founds the Procrastinators’ Club of America, and September 5 is chosen as ‘Be Late for Something Day’ *

1958 – Doctor Zhivago by Russian author Boris Pasternak is published in the U.S.

1962 – Tracy Edwards born, British sailor and author; skipper in 1989 of the first all-female crew in the Whitbread Round the World Yacht Race aboard the Maiden, which finished second in its class; first woman to be honoured with the Yachtsman of the Year Trophy; co-author of Maiden, and author of Living Every Second 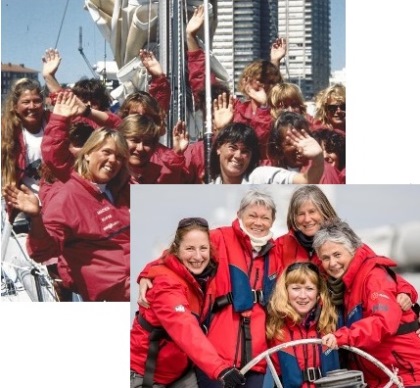 1969 – U.S. Army Lieutenant William Calley is charged with six specifications of premeditated murder for the death of 109 Vietnamese civilians in My Lai

1972 – Munich massacre: Palestinian terrorist group “Black September” takes 11 Israeli athletes hostage at the Munich Olympics. Two die in the attack, and the other 9 are killed the next day 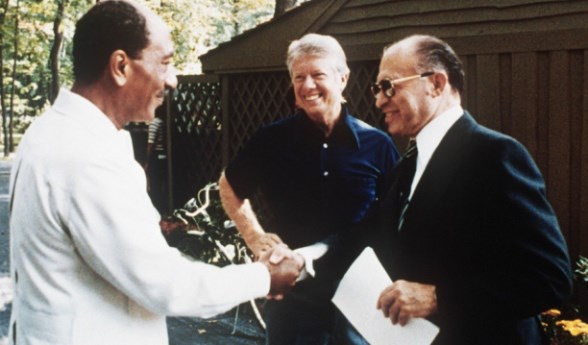 1991 – Indigenous and Tribal Peoples Convention of 1989 goes into force, eschewing integrationist and assimilationist policies of 1957 Tribal Populations Convention, and foreshadowing the 2007 U.N. Declaration on the Rights of Indigenous Peoples

1997 – Beni Messous massacre in Algeria, one of over a dozen massacres during the year’s brutal civil conflict after the military’s cancellation of the 1992 elections, which were expected to be won by the Islamic Salvation Front (FIS). Beni Messous is an outlying suburb of Algiers, the nation’s capital. At 10 pm, 50 howling men came out of the night with knives and machetes, breaking into houses and slaughtering everyone inside. Screaming victims banged pots and pans to warn neighbors. Security forces, though stationed nearby, took three hours to arrive, and at least 87 people were killed. No official death toll was released, and figures as high as 150 and as low as 53 were claimed by opposing political parties. At least another 45 people were killed the following night. The Algerian government told the UN Commission on Human Rights that a judicial inquiry had been opened, and a raid was carried out on July 7, 1998, on the hideout of the eight culprits. But a general told the UN investigative team on July 27, 1998, that only eight of the culprits remained at large, one terrorist was in prison, and their leader had been shot and killed on July 17. Amnesty International questioned the state’s response, noting that Beni Messous had the largest barracks and military security centre in the capital, and an army barracks and the gendarmerie were so close to the site of the massacre that it was actually visible from their windows. Victims who managed to phone the security forces were told it was a gendarmerie matter, but no one answered at the gendarmerie

2006 – Russian President Vladimir Putin arrives in Cape Town, leading a delegation of government officials and Russian business leaders on a two-day official visit for talks about strengthening political and economic ties between Russia and South Africa.  Many members of the African National Congress received military training and financial support during the ANC’s fight to end apartheid

2012 – International Day of Charity * –  The U.N. chooses the date of Mother Teresa’s death as the day to inspire people to give of their time and money to help others

2016 – U.S. Congress returns to work after a 7-week summer recess with just 20 days to avert a government shutdown before lawmakers leave again for a month-long election season break. Federal agencies could run out of money and be forced to temporarily close unless Congress approves a stop-gap spending bill to pay their bills past the end of the month. Lawmakers also face several other pressing issues, including funding the fight against the mosquito-borne Zika virus

2019 – The UK Department for Education stage 2 national curriculum test results show that primary grade school girls once again outperformed boys in reaching the expected standard in all subjects. Only in higher standard maths did the boys slightly outperform the girls: 29% of boys achieved the higher standard, compared to 25% of girls. Overall, 65% of pupils reached the expected standard in all of reading, writing and maths (combined) in 2019, up from 64% in 2018

Nona Blyth Cloud has lived and worked in the Los Angeles area for over 50 years, spending much of that time commuting on the 405 Freeway. After Hollywood failed to appreciate her genius for acting and directing, she began a second career managing non-profits, from which she has retired. Nona has now resumed writing whatever comes into her head, instead of reports and pleas for funding. She lives in a small house overrun by books with her wonderful husband.
View all posts by wordcloud9 →
This entry was posted in History, Holidays, On This Day and tagged Amy Beach, Cathy Guisewite, Claudette Colvin, Johann Christian Bach, Kyongae Chang, Nicanor Parra, Yusuf Mohamed Dadoo. Bookmark the permalink.