Malta – Our Lady of Victories 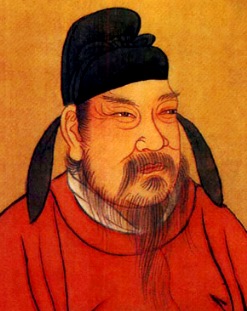 685 – Emperor Xuanzong of Tang born; his rule from 713 to 756 is the longest during the Tang dynasty

1264 – The Statute of Kalisz, guaranteeing Jews safety and personal liberties and giving battei din jurisdiction over Jewish matters, is promulgated by Bolesław the Pious, Duke of Greater Poland

1474 – Ludovico Ariosto born, Italian poet; known for his romantic epic Orlando Furioso, in which Charlemagne, Orlando and the Franks battle the Saracens

1810 – John Jacob Astor’s Pacific Fur Company sends a company aboard the Tonquin on a voyage to the Pacific Northwest. Six months later, at the Columbia River, they found Astoria, Oregon, as a fur-trading center

1828 – Olivia Slocum Sage born, American teacher and philanthropist; as the widow of robber baron Russell Sage, she inherited over $60,000,000 in 1906, much of which she used to further education, including endowing programs for women; made large donations to Syracuse University, Yale and Princeton; also a donation to Cornell for construction of a women’s dormitory, and funds for construction at Vassar College

1842 – Phoebe Wilson Couzins born, one of the first women lawyers in the U.S.; the second licensed attorney in Missouri, she was admitted to the Missouri, Kansas and Dakota Territory bars. She was also the first woman appointed to the U.S. Marshal service. Both she and her mother were members of the St. Louis Woman Suffrage Association, and the Ladies’ Union Aid Society. Couzins was also a public speaker for suffrage, and a delegate to the 1867 American Equal Rights Association meeting in New York City. After graduating and establishing a practice in St. Louis, she wrote articles for Elizabeth Stanton and Susan B Anthony’s publication, The Revolution. In 1884, she became a deputy U.S. Marshal, but in 1887, she was replaced by a man. In 1897, she renounced both suffrage and temperance, and went to work as a lobbyist for the United Brewers Association, but lost her job in 1908. Unemployed and partially disabled, she struggled in poverty until her death at age 71 in 1913 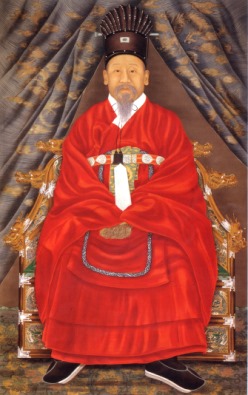 1857 – Ida Henrietta Hyde born, American physiologist and developer in the 1920s of a micro-electrode powerful enough to stimulate tissue chemically or electronically, yet small enough to inject or remove tissue from a cell. This small device records the electrical activity within the cell. Although credit for developing the microelectrode has been given to Ralph W. Gerard, Gilbert Ling and Judith Graham, their version was developed in the 1940s. Her other firsts include being the first woman to graduate from the University of Heidelberg (1896), first woman to do research at the Harvard Medical School (in the Department of Physiology), and first to be elected to the American Physiology Society. The microelectrode has been said to have revolutionized neurophysiology. She researched animal cardiac movement, circulation, respiration, and nervous systems, and investigated the breathing mechanism of the horseshoe crab and the grasshopper, and the respiratory center of the skate, amphibians, and in mammals

1893 – New Zealand’s Legislative Council passes the Electoral Act, then the governor consents on September 19, giving all New Zealand women the right to vote

1900 – The Great Galveston Hurricane, makes landfall, leaving at least 8,000 dead. With winds reaching up to 145 mph, it’s the deadliest hurricane in US history 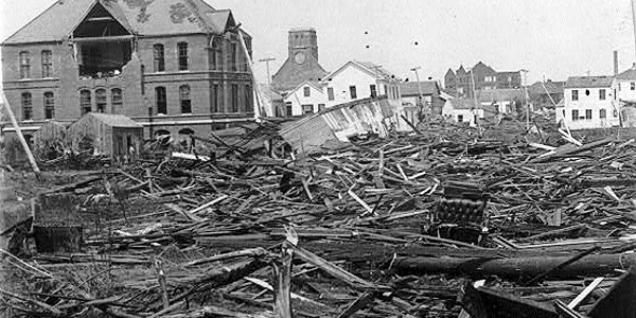 1903 – Marthe Vogt born, German-British pharmacologist and a leading authority on neurotransmitters in the brain, who left Nazi Germany for Britain. Co-author in 1936 of the classic paper that proved acetylcholine from nerves originating in the spinal cord are what trigger movement in muscles. She later showed that the hormones epinephrine and norepinephrine help brain cells communicate. Her ground-breaking paper on sympathin, published in 1954, helped to transform the lives of the mentally ill. Modern anti-depressant drug therapy is grounded in increasing the availability of amines, predicated on the idea that amines are present and active in the brain in the first place, something which Vogt did much to establish

1919 – Maria Lassnig born, Austrian artist known for self-portraits and her theory of Body Awareness; associated with the Hundsgruppe (Dog Pack), a group of abstract expression/actionpainters, but in the 1960s she moved away from abstracts to concentrate on the human body; first woman artist to win the Grand Austrian State Prize in 1988; also honored with the Austrian Decoration for Science and Art in 2005

1924 – Marie-Claire Kirkland born, Quebec lawyer, politician and judge. As the first woman elected to the Legislative Assembly of Quebec, for the Jacques-Cartier district (1961-1966), she immediately caused a stir by refusing to wear a hat (standard attire for women in public at the time) in the assembly, because none of the men did, and in 1964 she was responsible for the passage of Bill 16, which gave married women the right to handle their own financial matters, and approve medical care for their children, without a husband’s co-signature. She was next elected to represent the Marguerite-Bourgeoys district (1966-1973). Kirkland was the first woman cabinet minister (without portfolio – 1962-1964), then appointed as Minister of Transport and Communications (1964-1966). She spearheaded the passage of the Cultural Property Act, a cornerstone of heritage conservation, and of Bill 63, which created the Council on the Status of Women in 1973, then left the legislature to become the first woman judge in the Quebec Provincial Court (1973-1991). Kirkland was made a Member of the Order of Canada in 1992

1924 – Grace Metalious born, American author known for her runaway best-seller, Peyton Place, which critics deplored, but was an international sensation; her other three novels sold well, but never came close to the success of Peyton Place; she died at the age of 39, from cirrhosis of the liver after years of alcohol abuse, with less than $50,000 in the bank, and $200,000 in debts, having spent lavishly, given thousands of dollars to hangers-on, and victimized by an agent who embezzled large sums

1927 – Marguerite Straus Frank born in France, American-French mathematician; in 1956, she was one of the first women to earn a PhD in mathematics at Harvard; pioneer in convex optimization theory and mathematical programming; her early work involved transportation theory and Lie algebras; co-creator of the Frank-Wolfe algorithm, an iterative optimization method for general constrained non-linear problems

1937 – Edna Adan Ismail born, Somali hospital founder-administrator, and public servant; one of the first Somali women to study nursing and midwifery in Britain, and become a qualified nurse-midwife, and was the first woman in her country to be a licensed driver. Worked as World Health Organization Regional Technical Officer for Mother and Child Health (1987-1991), and WHO’s representative in Djibouti (1991-1997.) She built and runs the Edna Adan Maternity Hospital, the first of its kind in Somali, opened in 2002, which is also a teaching hospital for nurses and midwives. Ismail is an outspoken opponent of female genital mutilation, also member and past president of the Organization for Victims of Torture. She was the only woman minister in the government when she served as Minister of Family Welfare and Social Development (2002-2003), and as Foreign Minister of Somaliland (2003-2006)

1940 – Jack Prelutsky born, American poet and singer-songwriter, most often writing for children; has published over 50 poetry collections; appointed as the first U.S. Children’s Laureate by the Poetry Foundation (2006-2008) 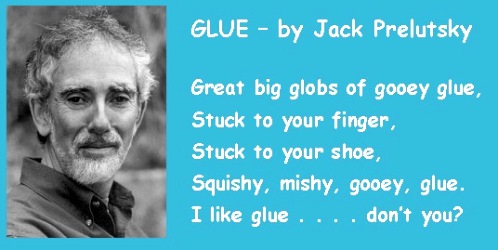 1945 – In Washington DC, a bus equipped with a two-way radio is first put into service

1947 – Ann Beattie born, American novelist and short story writer; Chilly Scenes of Winter, Love Always, The Doctor’s House, Where You’ll Find Me and Other Stories, The Accomplished Guest; honored with the PEN/Malamud Award for excellence in the short story form

1947 – Marianne Wiggins born, American novelist; she won the 1989 Janet Heidinger Kafka Prize for John Dollar, and Evidence of Things Unseen was a finalist for a 2004 Pulitzer Prize, and won the 2004 Commonwealth Club Gold Medal

1954 – Ruby Bridges Hall born, American activist and philanthropist, first African American child to attend an all white school in the South; chair of the Ruby Bridges Foundation, recipient of the Presidential Citizens Medal

Race, by Normal Rockwell – Ruby Bridges is the little girl

1955 – Terry Tempest Williams born, American author, conservationist, and activist for wilderness preservation, women’s health and against nuclear testing; Refuge: An Unnatural History of Family and Place; An Unspoken Hunger; Desert Quartet; Leap;
Red: Passion and Patience in the Desert; The Open Space of Democracy; and Finding Beauty in a Broken World

1966 – U.N. International Literacy Day * is proclaimed by UNESCO. In 2015, when the UN General Assembly adopts the United Nation’s Sustainable Development Goals, universal literacy is the 4th goal on the list 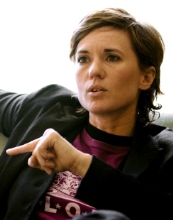 1974 – Tanaz Eshaghian born, Iranian-American documentary filmmaker; her first documentary, I Call Myself Persian, won the 2002 Woodstock Festival Best Short Documentary Film; and Be Like Others, was honored in 2008 with an Amnesty International Film Award and Teddy Award, given for films with LGBT themes; From Babylon to Beverly Hills: The Exodus of Iran’s Jews, Love Iranian-American Style, and Love Crimes of Kabul

1983 – Kate Beaton born, Canadian cartoonist, creator of the comic strip Hark! A Vagrant, a history-themed strip begun in 2007 while she was working for the Maritime Museum of British Columbia 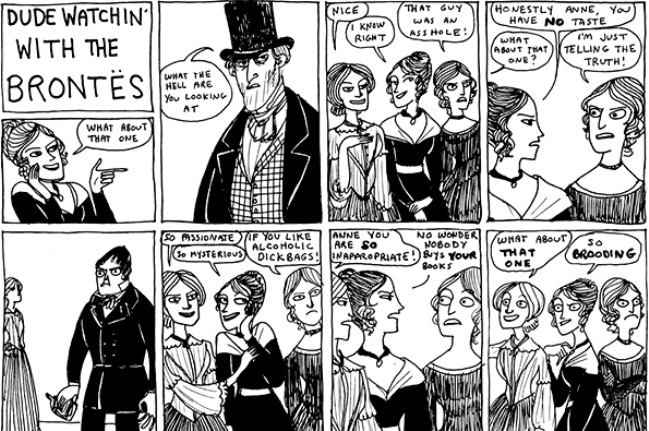 1983 – Sarah Stup born, American author, poet and essayist, who writes about autism; she has limited motor skills and does not speak; uses a variety of typing devices to converse and work; has published Are Your Eyes Listening?, and two children’s books, Paul and His Beast, and Do-si-Do with Autism

2015 – Ampersand Day * is launched by Chaz DeSimone, a designer and typographer

2015 – British researchers announce discovery of 90 stones in a circle buried about 2 miles from Stonehenge, found by ground penetrating radar

2016 – Current Biology publishes a Giraffe DNA study which reveals there are four species of Giraffe, not just one, as previously assumed 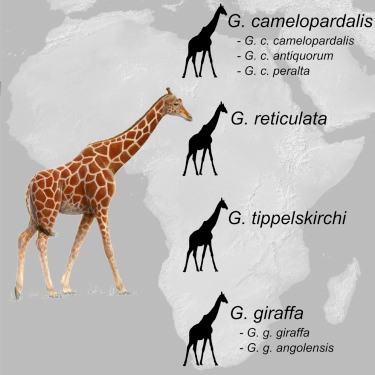 2019 – The BBC Studios Writers’ Academy is a new accelerator programme to nurture the creative talent of each student. The successful candidates must already have an impressive track record of trailblazing work in theatre, film, radio and literature. The Academy is an opportunity for each student to focus on their craft and bring their stories to the BBC. The first class of eight drama writers includes seven women.  John Yorke, BBC Studios Writers’ Academy Head, said: “We arrived at our final eight, with no pre-conceived plan – the only criteria was excellence. It’s been thrilling to see not just a vast increase in female candidates, but a far greater percentage in the final stages than ever before.”

Nona Blyth Cloud has lived and worked in the Los Angeles area for the past 50 years, spending much of that time commuting on the 405 Freeway. After Hollywood failed to appreciate her genius for acting and directing, she began a second career managing non-profits, from which she has retired. Nona has now resumed writing whatever comes into her head, instead of reports and pleas for funding. She lives in a small house overrun by books with her wonderful husband.
View all posts by wordcloud9 →
This entry was posted in History, Holidays, On This Day and tagged Edna Adan Ismail, Jack Prelutsky, José Maria Pino Suárez, Marthe Vogt, Michelangelo, Ruby Bridges, Tanaz Eshaghian. Bookmark the permalink.