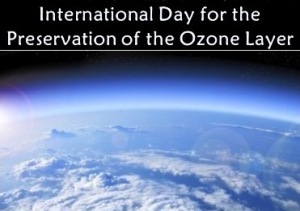 International Day for Preservation of the Ozone Layer

MORE! Miriam Benjamin, B. B. King and Sadako Ogata, click

1295 – Elizabeth de Clare, Lady of Clare born, heiress to the lordships of Clare in Suffolk, England, and Usk in Wales. She married three times, and bore three children, one to each husband. Her last husband, Sir Roger, Lord D’Amory of Ireland, was reckless and violent, and was embroiled in the Despenser War. Elizabeth’s husband was captured at Tutbury Castle, then Elizabeth and her children were captured at Usk Castle in January, 1322, and imprisoned at Barking Abbey, a nunnery on the outskirts of London. Sir Roger died of his wounds two months later. She never remarried, and styled herself Lady of Clare after her principle estate in Suffolk. She built a London house in 1352, and exerted considerable influence in society as one of the richest women in England. But she was also known for her alms giving and patronage of religious houses. Her most important and lasting contribution was Clare College, Cambridge. Though founded by Richard de Badew in 1326, he gave over his rights as patron to Elizabeth in 1346. She made further grants to sustain and expand the college, and it became known as Clare Hall. She died in 1360, leaving extensive bequests. Her will and the records of her household expenses are invaluable sources of information on how the nobles of the period lived 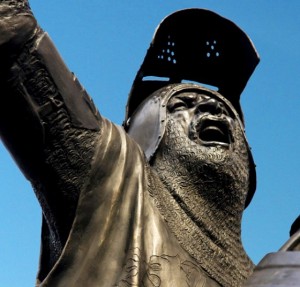 1507 – China: The Jiajing Emperor of the Ming dynasty born; his reign lasted from 1521 to 1567, but he was a recluse, living outside the Forbidden City, and refusing to hold official audiences from 1539 on, relaying his wishes through eunuchs and Grand Secretary Yan Song. A few Daoist priests were the only others allowed in his presence

1620 – The Mayflower * embarks from Plymouth, England for Massachusetts 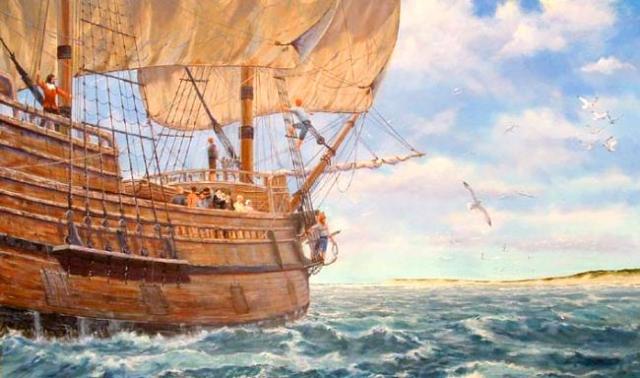 Mayflower in a Riptide off Monomoy Point by Mike Haywood 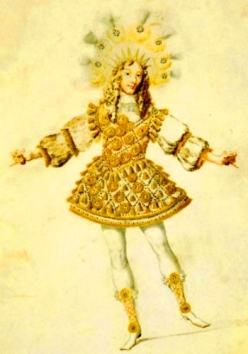 1672 – Anne Dudley Bradstreet,* the first woman to be recognized as an accomplished colonial American poet, dies in Andover, MA 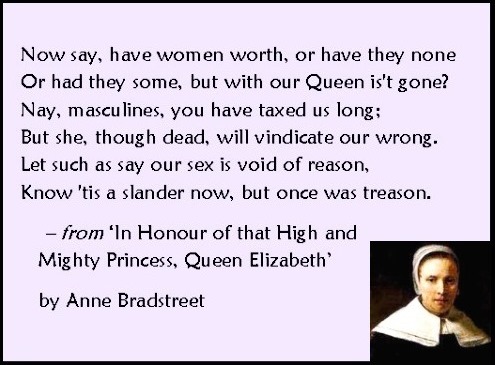 1701 – James Francis Edward Stuart, sometimes called the “Old Pretender”, becomes the Jacobite claimant to the thrones of England and Scotland 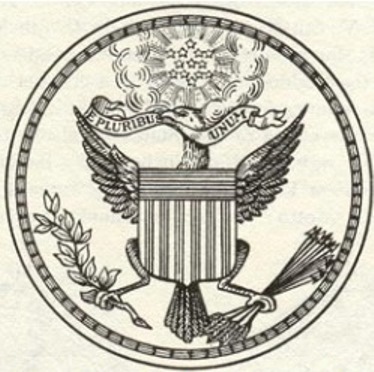 1830 – The Indian Removal Act: President Andrew Jackson’s persistent lobbying of Congress results in its passage, by a single vote.  Several tribes reluctantly move from their homes in the southeastern U.S. to less desirable land west of the Mississippi, but 15,000 Cherokees are force-marched by U.S. army troops over 1,000 miles. 4,000 die, many of disease or starvation, on the ‘Trail of Tears’ * 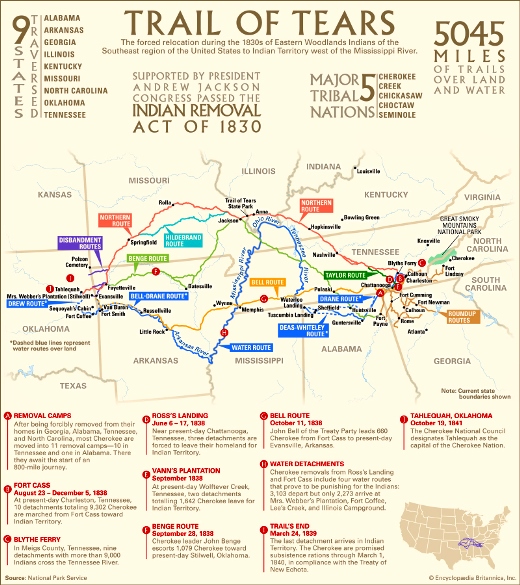 1846 – Anna Kingsford born, one of the first English women to obtain a medical degree, and the only medical student to graduate without ever dissecting a single animal; anti-vivisectionist, women’s rights and vegetarian campaigner; founder of the Food Reform Society, author of The Perfect Way in Diet 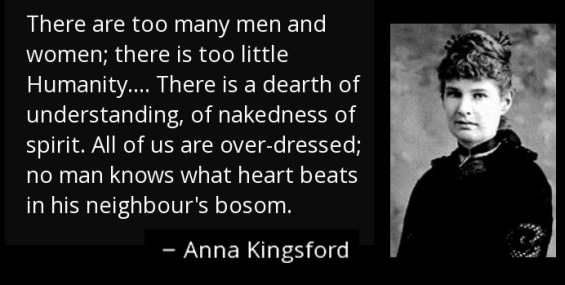 1850 – The first railway in Mexico opens; 6.8 miles (11 km) of track between the port of Vera Cruz and Molino. On September 16, 1869, the railway from Mexico City to Puebla is inaugurated by President Benito, and four years later, the track between Puebla and Vera Cruz is completed

1861 – Miriam Benjamin born a free African American; graduated from Howard University law school and specialized in patent law; she was the second black woman inventor to receive a U.S. patent, for the Gong and Signal chair, used by hotel guests to signal a waiter or attendant that they wanted service; the system was later adopted by the U.S. House of Representatives to signal pages, and was a precursor of the signaling system used by passengers on airplanes to attract a flight attendant’s attention; her two brothers also held patents for inventions 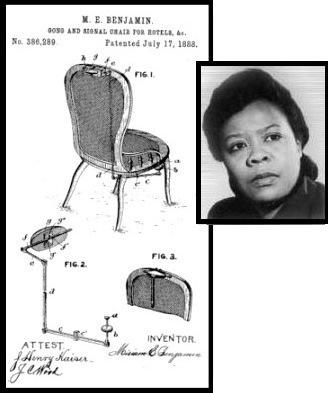 1880 – Clara Ayres born, American nurse who joined the U.S. Army Corps during WWI; she and Helen Burnett Wood were the first two nurses to be killed in military service during the war, by accident on May 17, 1917, aboard the USS Mongolia heading for Europe, hit by shell fragments when one of the ship’s guns exploded during a drill 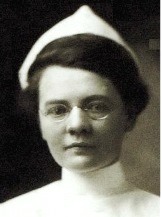 1887 – Jean Arp born, French sculptor, painter and poet; he first published his poetry in 1904 in Paris 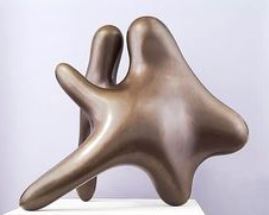 1893 – “Cherokee Strip” Land Run in Oklahoma: 100,000 settlers race to claim land that had been given in 1830 to the Cherokee and other tribes “as long as the grass grows and the water runs” to replace their original homelands in the Southeastern U.S. 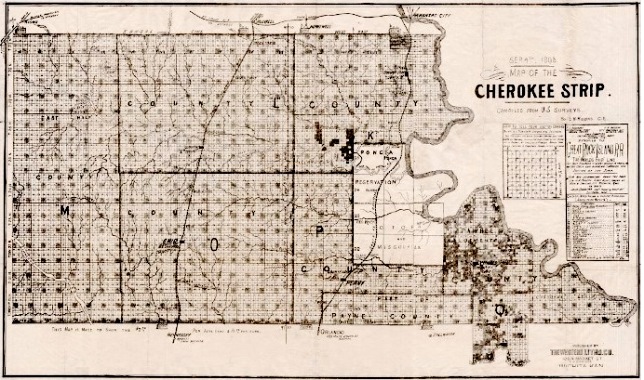 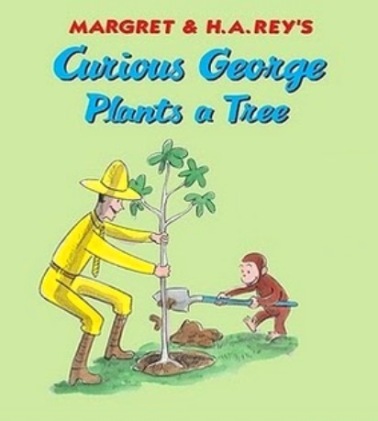 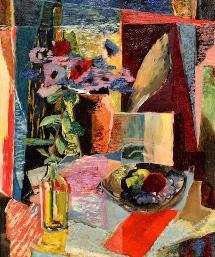 1912 – Edith Anrep born, Swedish lawyer and feminist; President of the International Alliance of Women (1970-1973). Member of the Fredrika Bremer Förbundet, Sweden’s oldest women’s rights organization, which is part of the International Alliance of Women, and has general consultative status with the UN. The FBF was founded in 1884, and named in honor of Swedish novelist Fredrika Bremer, whose novel Hertha sparked  the legislation emancipating unmarried Swedish women from the wardship of their male relatives 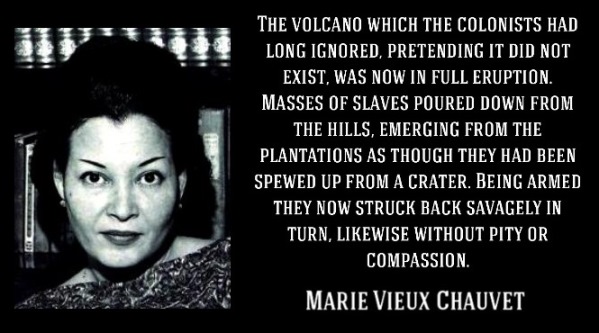 1919 – The America Legion is incorporated by an act of Congress

1920 – Sheila Quinn born, British nurse; Fellow of the Royal College of Nursing, and its president (1982-1986); Executive Director of the International Council of Nurses (ICN – 1967-1970) and an ICN representative to the International Labour Organisation;  consultant to the World Health Organisation (WHO). Chief Nursing Officer (CNO) to the Southampton University Hospitals NHS Trust 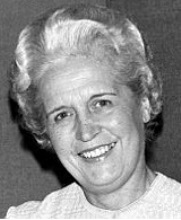 1921 – Ursula M. Franklin born in Germany, Canadian metallurgist, research physicist, author, and educator who taught at the University of Toronto for more than 40 years. Author of The Real World of Technology

1925 – B. B. King born, American singer-songwriter, guitarist, and producer 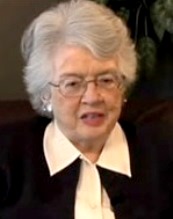 1939 – Breyten Breytenbach born, South African writer, poet, painter and anti-apartheid activist who went into exile in France. During an illegal secret return trip to South Africa in 1977, he was arrested and sentenced to 9 years in prison for high treason. A second trial on new charges two years later resulted in dismissal of almost all charges, but he was also fined for smuggling letters and poems out of prison. After massive international pressure, he was finally released in 1982, and became a French citizen. Since 2000, he has been back to South Africa as a visiting professor. A prolific author of novels, poetry and essays, many written in Afrikaans; noted for The True Confessions of an Albino Terrorist

1942 – Susan L. Graham born, American computer scientist; Pehong Chen Distinguished Professor in Computer Science at the University of California, Berkeley; research projects include Harmonia, a language-based framework for interactive software development, and Titanium, a Java-based parallel programming language, compiler and runtime system. She is a Fellow of the Association for Computing Machinery, and of the Institute of Electrical and Electronics Engineers, which awarded her the ICCC John von Neumann Medal in 2009

1948 – Julia Donaldson born, English author, playwright, songwriter and performer; she is best known for rhyming stories for children, including The Gruffalo;, Room on the Broom; and Stick Man 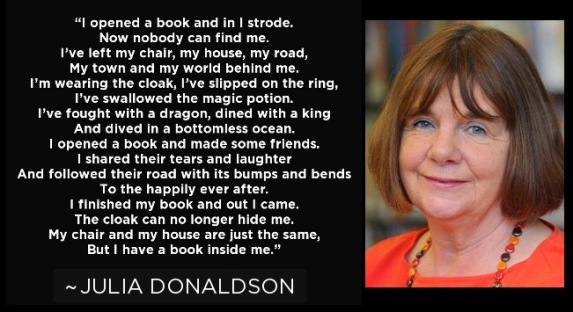 1953 – Nancy Huston born, French Canadian novelist, essayist and translator, who translates her own work from French into English. Awarded the 1982 Prix Contrepoint for Les variations Goldberg (The Goldberg Variations)

1961 – Annamária Szalai born, Hungarian journalist and politician; President (2010-2013) of the National Media and Infocommunications Authority; served on the National Radio and Television Commission (2004-2009); Member of the National Assembly (1998-2004)

1963 – The UN Special Committee on Apartheid report is released, giving a detailed review of developments in South Africa since the special committee was established by the General Assembly in November 1962; its prime concern is to press for effective international sanctions against the South African government; arrange assistance to the victims of apartheid and to the liberation movements; and to ensure constant publicity to the inhumanity of apartheid and the resistance of the people in order to secure the widest support for action

1964 – Mary Coustas born, Greek-Australian comedian and writer; performs stand-up as “Effie.” She won the Logie Award for Most popular Comedy Personality in 1993. Author of Effie’s Guide to Being Up Yourself, and All I know: a memoir of love, loss and life, published in 2013 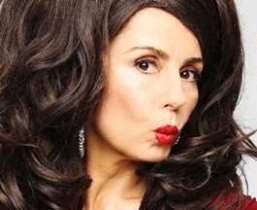 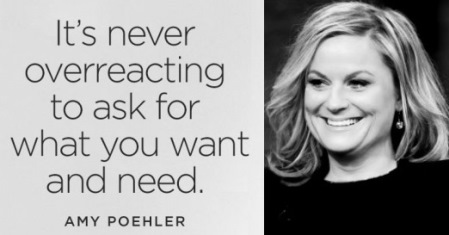 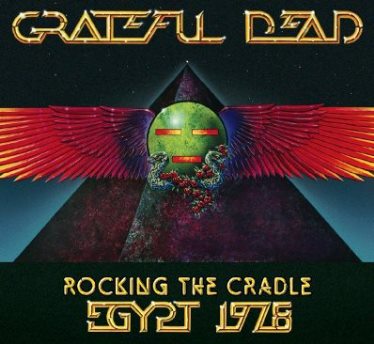 1982 – A massacre of between 1,200 and 1,400 Palestinian men, women and children at the hands of Israeli-allied Christian Phalange militiamen begins in west Beirut’s Sabra and Shatila refugee camps

1992 – Deposed dictator of Panama, Manuel Noriega, is sentenced to 40 years for drug trafficking and money laundering in a U.S. District Court in Miami FL 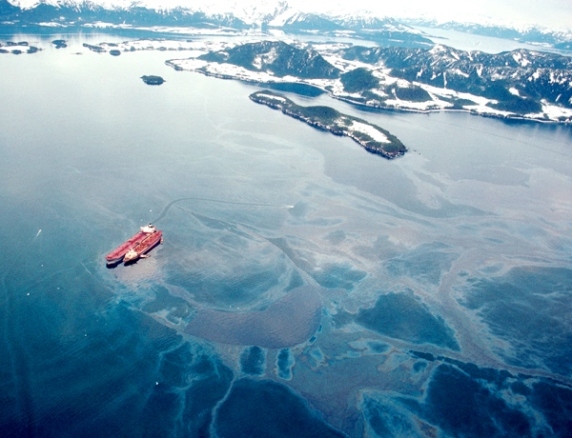 2015 – Hungarian riot police used tear gas, pepper spray, and water cannons to disperse hundreds of migrants massed on the Serbian border after several people pushed through a gate. Migrants and refugees chanted for the border to be reopened, and some threw rocks and plastic water bottles at police. After closing off the main land route for refugees from Syria, and Iraq to get to the European Union, Hungary let some refugees in to apply for asylum, but rejected most after 10-minute interviews

2019 – A study published in JAMA Internal Medicine based on federal data estimates that the first sexual intercourse experience of one in 16 American women was the result of physical force or coercion. The average age of these victims was 15.6 years old, while the average age of the men who forced these encounters was 27 years old. “This is an issue that needs to be urgently addressed because every week, thousands of women are experiencing rape as a sexual initiation,” said study coauthor Laura Hawks, a physician and research fellow at Harvard Medical School and the Cambridge Health Alliance. “When we talk about sexual violence, what we’re really talking about is power imbalance between women and men. We’re learning more and more how insidious that inequality is in our society.” Hawks and her fellow researchers, affiliated with the Cambridge Health Alliance, Harvard, and Hunter College, based their study on data from more than 13,300 women between the ages of 18 and 44. The data, which included personal interviews, came from the 2011-2017 National Survey of Family Growth, a nationally representative survey conducted by the federal Centers for Disease Control and Prevention 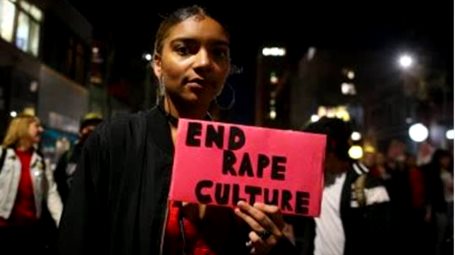 Nona Blyth Cloud has lived and worked in the Los Angeles area for the past 50 years, spending much of that time commuting on the 405 Freeway. After Hollywood failed to appreciate her genius for acting and directing, she began a second career managing non-profits, from which she has retired. Nona has now resumed writing whatever comes into her head, instead of reports and pleas for funding. She lives in a small house overrun by books with her wonderful husband.
View all posts by wordcloud9 →
This entry was posted in History, Holidays, On This Day and tagged B.B.King, Duke Ellington, Karen Danielsen Horney, Marie Vieux-Chauvet, Miriam Benjamin, Robert Llewellyn Bradshaw, Sadako Ogata. Bookmark the permalink.