522 BC – King Darius I ‘the Great’ of the Persian Achaemenid Empire kills the Magian usurper Gaumāta, who was impersonating Prince Bardiya, the son of Cyrus II

106 BC – Pompey born, Roman politician and general, also known as ‘the Great’ (Gnaeus Pompeius Magnus), a man who really insisted on getting his triumphs (big parades and religious sanctification) in Rome, and wouldn’t disband his armies until he got them. In 61 BC, he celebrated his third triumph in Rome, for his victories in the third Mithridatic War, where he arrived after Lucius Licinius Lucullus had already led most of the fighting against the Kingdom of Pontus (parts of present-day Turkey and surrounding countries)

929 – Qian Chu born, known as Qian Hongchu, last king of Wuyue before surrendering to the Song dynasty, during the China’s Five Dynasties and Ten Kingdoms period 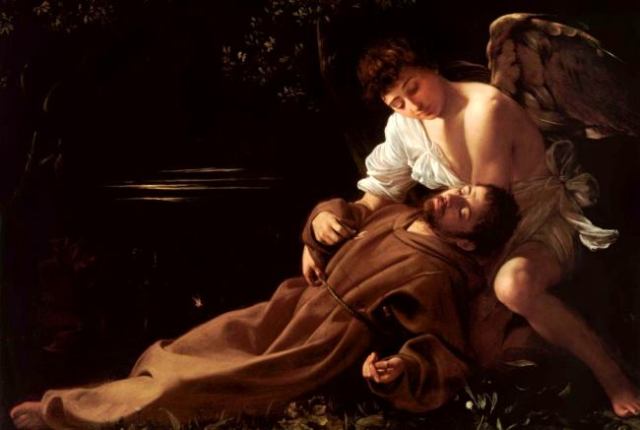 Caravaggio’s Francis of Assisi in Ecstasy, circa 1595

1578 – Spanish settlers found Tegucigalpa, capital of Honduras, on the site of existing settlement of the Pech, Tolupans and Twahkas

1650 – Henry Robinson opens his Office of Addresses and Encounters in Threadneedle Street, London, charging 6 pennies for answers to questions, mostly about real estate and employment – a pioneering attempt at employment and rental agencies

1674 – Jacques-Martin Hotteterre born, French composer and flautist, into a family of wind instrument makers and performers 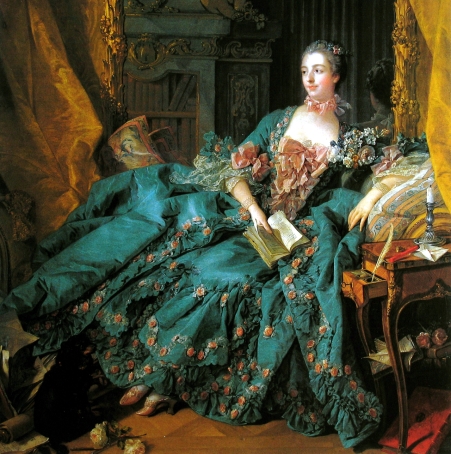 1725 – Major-General Robert Clive, 1st Baron Clive born, also known as Clive of India; controversial Commander-in-Chief of British India and agent of the East India Company, who subjugated Bengal and much of the rest of India, while amassing a huge personal fortune

1758 – Horatio Nelson born, 1st Viscount Nelson, British admiral, flag officer of the Royal Navy; hero of the Battle of Trafalgar against the combined fleets of the French and Spanish navies during the Napoleonic Wars

1786 – Guadalupe Victoria born, Mexican general and leader in the Mexican War of Independence against the Spanish Empire; first President of Mexico (1824-1829)

1848 – Caroline Yale born, American educator who revolutionizes teaching of the deaf; co-developer of the Northampton Vowel and Consonant Charts

1855 – The port of Iloilo in the Philippines is opened to world trade by Queen Isabella II of Spain, exporting sugar and other products to the U.S., Australia and Europe

1864 – The Treaty of Lisbon defines the boundaries between Spain and Portugal and abolishes the Couto Misto microstate, which had been in existence since the 10th century

1882 – Lilias Armstrong born, English phonetician, reader at University College London, known for her work on English intonation, and pioneering studies of the phonetics and tone of Somali and Kikuyu; co-author with Ida C. Ward of Handbook of English Intonation, a classic which remained in print for over 50 years, and author of A Burmese Phonetic Reader, The Phonetic Structure of Somali and The Phonetic and Tonal Structure of Kikuyu

1891 – Ian Fairweather born in Scotland, painter who worked much of his life in Australia; regarded as one of Australia’s greatest painters – became allergic to oil paint in his later years

1899 – Inventors Day * – László Bíró born in Hungary, Hungarian-Argentine inventor of the first commercially successful ballpoint pen, co-patented in 1938 with his brother György, a chemist (the first ballpoint pen was invented roughly 50 years earlier by John J. Loud, but it was not a commercial success). László Bíró and his brother fled the Nazis, and settled in Argentina in 1943, then filed for a U.S. patent, which was issued in 1945 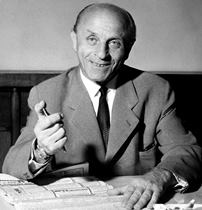 1899 – V.F.W. Day * – The Veterans of Foreign Wars is founded by veterans of the Spanish-American War and the Philippine Insurrection, “to honor the dead by helping the living” 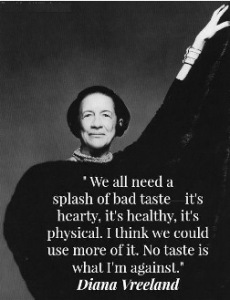 1918 – The Armistice of Salonica ends Bulgarian participation in WWI

1923 – League of Nations ‘British Mandate for Palestine’ goes into effect, legitimizing temporary British rule of the newly formed territory, along with the ‘French Mandate’ for Syria and Lebanon

1925 – Paul MacCready born, American aeronautical engineer, designer of human-powered aircraft, the Gossamer Condor and Gossamer Albatross, which won the first and second Kremer prizes for flying from England to France; founder of AeroVironment 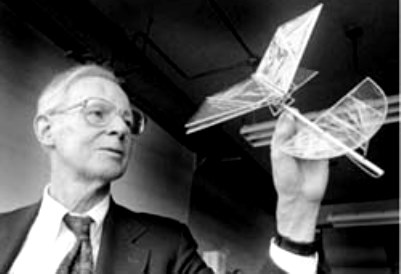 1932 – The Chaco War: Battle of Boquerón Anniversary * – On September 7, the armies of Bolivia and Paraguay begin fighting in and around the stronghold of Boquerón, which was occupied by the Bolivians, in the escalation of a border conflict over control of the northern section of the Gran Chaco. The Bolivians, down to 240 men, most of them wounded, surrendered on this day

1933 – Samora Machel born, Mozambican military commander, revolutionary and politician; first President of Mozambique (1975-1986), from independence until his death in a plane crash returning while from a summit meeting in Zambia. The Margo Commission investigation’s finding that the cause was ‘pilot error’ is still disputed

1939 – Molly Haskell born, American feminist film critic for the Village Voice in the 1960s, then New York magazine and Vogue; her influential 1974 book, From Reverence to Rape: The Treatment of Women in the Movies, was revised and reissued in 1987

1941 – Babi Yar Massacre: Nazi forces under Major-General Kurt Eberhard, along with Ukranian collaborators, kill over 33,000 Jews in two days in the Babi Yar ravine in Kiev, the capital of the Ukraine

1942 – Janet Powell born, Australian Democrats and Green party (after 2004) politician; Leader of the Australian Democrats (1990-1991); Senator for Victoria (1986-1993).
In 1986, Powell campaigned successfully to get psychiatric illness included in definitions of disability for the purposes of disability services legislation. In 1989, she introduced the Smoking and Tobacco Products Advertisements (Prohibition) Bill, banning cigarette advertising in all print media. The measure was the first introduced by a woman Australian federal parliamentarian to become law. Powell, a former smoker, had been converted to the anti-smoking cause by her children. She was an inaugural appointee to the Victorian Honour Role of Women in 2000 for her “services to the community,” and made a Member of the Order of Australia in 2012. Powell died at age 71 in 2013

1951 – The Memphis Archaeological and Geological Society is chartered, dedicated to the preservation of paleoindian Chucalissa Indian Village site in Tennessee

1955 – Ann Bancroft born, American author, wilderness instructor and explorer, teacher and public speaker; first woman to cross both the North and South Poles, and has been on a source-to-sea expedition on the Ganges River, and the first east-west crossing of Greenland. Bancroft is an openly gay advocate for LGBT rights. Inducted into the U.S. National Women’s Hall of Fame in 2005

1955 – Gwen Ifill born, American journalist, television newscaster, political analyst, and author; first African American woman to host a nationally televised public affairs program in the U.S., Washington Week in Review, and was the co-managing editor of the PBS NewsHour with Judy Woodruff. Ifill was awarded the Women in Film and Video Women of Vision Award in 2000..She wrote the best-selling book, The Breakthrough: Politics and Race in the Age of Obama, published in 2009

1983 – U.S. Congress  uses the War Powers Act for the first time to authorize President Reagan to keep Marines in Lebanon for 18 more months

1989 – Fatima Lodhi born, Pakistani social activist against Colorism, prejudice and discrimination against people with darker skin and viewing lighter skin as a standard of attractiveness, especially in women; she launched a campaign with the slogan ‘Dark Is Divine’ which has garnered international attention 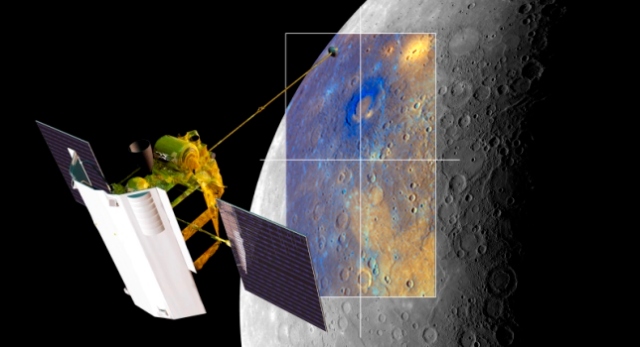 2012 – Bank of America agrees to pay $2.43 billion USD to settle a class-action lawsuit filed in 2009 by investors angry about alleged misleading statements about the financial health of Merrill Lynch, which the bank acquired in 2008, and about Bank of America’s financials as well. CEO Brian Moynihan denies the allegations, but said the settlement would “remove uncertainty and risk, and is in the best interests of our shareholders.”

2015 – During the annual meeting of the UN General Assembly, U.S. President Barack Obama and Russian President Vladimir Putin clashed openly over the Syrian civil war. Obama said in a speech that Russia’s support of the Syrian government was harmful to “democratic principles and human rights.” Putin responded that the West’s effort to oust Syrian President Bashar al-Assad was a violation of international law and “an enormous mistake,” because his army can defeat the Islamic State

2016 – The Obama administration issued a rule on Thursday requiring federal government contractors to give workers paid sick leave. Under the rule, the Labor Department estimates that more than 1.1 million people will be able to get sick leave — up to seven days per year. “This is really part of a broader conversation across America about what a 21st-century social compact should look like,” Labor Secretary Thomas Perez said. “Back in the day, when Beaver Cleaver got sick and June Cleaver was home, who takes off [from work] to stay with the Beav was a non-issue. In today’s world of dual-career couples in the work force, our public policy has not caught up.”

2019 – Cardiologist Dr. Sonya Babu-Narayan warned, “Heart attacks have never been more treatable. Yet women are dying needlessly because heart attacks are often seen as a man’s disease, and women don’t receive the same standard of treatment as men.” The British Heart Foundation, a leading charity, issued a report that inequalities at every stage lead to women being diagnosed late and not getting the prompt treatment and aftercare they need to survive a heart attack. Research funded by the foundation found more than 8,000 women who died between 2002 and 2013 in England and Wales because they did not receive the same standard of care as men. “Public understanding of women and heart attacks is beset by misperceptions. These are dangerous when they mean a woman doesn’t recognise the symptoms of her heart attack and delays seeking and receiving medical help,” the BHF report said. “Worldwide, coronary heart disease is the single biggest killer of women.” Women are 50% more likely to get a wrong diagnosis than a man, and are also less likely to be put on medication to prevent a second heart attack. The most common symptoms, for both men and women, are sudden central chest pain or discomfort in the chest that doesn’t go away, which can feel like pressure, tightness or squeezing. There may be pain that radiates down the left arm, or both arms, or to the neck, jaw, back or stomach. People can feel sick, sweaty, light-headed or short of breath.

Nona Blyth Cloud has lived and worked in the Los Angeles area for the past 50 years, spending much of that time commuting on the 405 Freeway. After Hollywood failed to appreciate her genius for acting and directing, she began a second career managing non-profits, from which she has retired. Nona has now resumed writing whatever comes into her head, instead of reports and pleas for funding. She lives in a small house overrun by books with her wonderful husband.
View all posts by wordcloud9 →
This entry was posted in History, Holidays, On This Day and tagged Barbara Mertz, Fatima Lodhi, Gwen Ifill, Lech Walesa, Michelle Bachelet Jeria, Miguel de Cervantes, Samora Machel. Bookmark the permalink.