Ibn Battuta sets off on June 13, 1325, from his home in Tangiers on a hajj, or pilgrimage, to Mecca, a journey that would ordinarily take sixteen months. He will not see Morocco again for twenty-four years

Fanny Burney born on June 13, 1752; she became Madame d’Arblay, English author of journals, diaries, and novels; Evelina is a landmark in development of the novel of manners;  she also wrote a first person account of undergoing a mastectomy without anesthesia

The U.S. Post Office Department’s new Parcel Post service begins on June 13, 1913, without specifying exactly what could and could not be mailed via Parcel Post. After several children are “mailed” via Parcel Post (their parents paid for stamps, and in at least once case, postal insurance, and they were safely delivered by postal workers to visit their relatives), Postmaster General Albert S. Burleson announces a new rule in 1914 that all human beings are barred from being mailed, but a few children are still sent, until postal inspectors begin investigating violations of the rule. Today, you can mail live chickens and other poultry, assorted reptiles, and bees, but not children 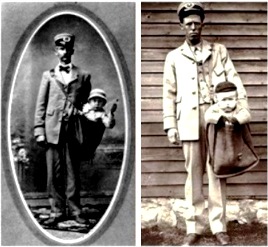 Nona Blyth Cloud has lived and worked in the Los Angeles area for over 50 years, spending much of that time commuting on the 405 Freeway. After Hollywood failed to appreciate her genius for acting and directing, she began a second career managing non-profits, from which she has retired. Nona has now resumed writing whatever comes into her head, instead of reports and pleas for funding. She lives in a small house overrun by books with her wonderful husband.
View all posts by wordcloud9 →
This entry was posted in Travel and tagged Fanny Burney, Ibn Battuta, Parcel Post, Sunday June 13 2021. Bookmark the permalink.