Even though we are helpless to change things on a macro scale, we can in our own small ways, align with love and the positive. As we contribute our quota, we are building towards a critical mass which can force change/s for good.

The frightful Taliban-dominated landscape is fraught with land mines, which could blow up most, if not all, progress made in women’s autonomy, well-being and development in Afghanistan. The roles and value of women and the girl-child, in Afghan society writ-large, remains to be seen.

One hopes that the powers that be, will not create structures which cause women and girls to be viewed through the same lens, reserved for animate and inanimate chattel.

Meanwhile, the recent Texas State law, greatly impinging on women’s reproductive rights, should also cause serious concern for the application and efficacy of the rule of law. Alarm bells should ring, regardless of which camp one belongs to; pro-choice or otherwise. The Justice Department has filed a lawsuit against the State of Texas challenging the Bill. In  the words of Attorney-General Merrick Garland: “The Act is clearly unconstitutional under longstanding Supreme Court precedent.”

Quotes from “The Handmaids Tale” by Margaret Atwood:

“Ordinary is what you are used to. This may not seem ordinary to you now, but after a time it will. It will become ordinary.”

“A rat in a maze is free to go anywhere, as long as it stays inside the maze.”

“Sanity is a valuable possesion; I hoard it the way people once hoarded money. I save it, so I will have enough, when the time comes.” 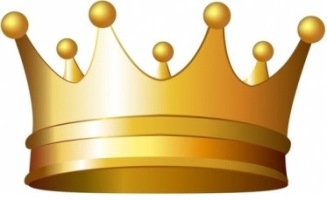 Prized, placed on pedestals, pilloried, pinions
Targets of eons-long, domination and control
Woman, thy names are: Trouble, Temerity, Triumph
Co-heirs of the planet, sovereign souls, sentient beings
Gifted and outspoken, still many atimes, cancelled, unheard, silenced
Women, birth canals of the human species; too often, rendered robotic birth-machines
Running on blind faith, desperate hope or wretched despair
First, yet also dastardly last, in freedom to exercise full, inherent, reproductive rights
Beyond-brave, bearers of familial, communal and societal burdens
Incubators of dreams, wide-awake and watchful, in a barbed, stinging universe of misogyny
Sages and healers, of their inner and outer realms
Deep wells of tenacity, courage and excellence
Towers and pillars of strength and resilience
In myriad ways, sung and unsung, endless contributors to global advancements
Tried, tested, tired, manacled hands, hoist the banner of freedom
To be more, not less
Women, the crowning glory of creation, lay at the iron feet of imperious, hubristic, patriarchal suzerainty
Female autonomy, potential, prowess subjugated to male chauvinism
Women of the world; different faces, diverse battles, one imperative, timeless, cosmic struggle
Echoes of crusades, conflicts, travel through the annals of history
Legatees of the freedom torch, fiercely, tirelessly, fight on for equality
The scars of warfare, equal, to badges of honour and dedication
To be more, not less. 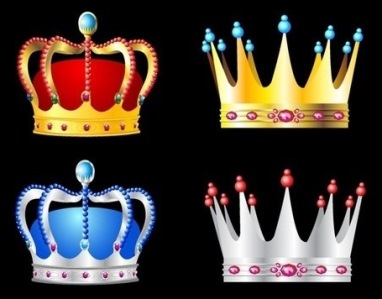 Life shrinks or expands in proportion to one’s courage.

A woman is like a tea bag – you never know how strong she is until she gets in hot water.

I know God will not give me anything I can’t handle. I just wish that He didn’t trust me so much.

The day will come when men will recognize woman as his peer, not only at the fireside, but in councils of the nation. Then, and not until then, will there be the perfect comradeship, the ideal union between the sexes that shall result in the highest development of the race.

A strong woman understands that the gifts such as logic, decisiveness, and strength are just as feminine as intuition and emotional connection. She values and uses all of her gifts.

A woman is the full circle. Within her is the power to create, nurture and transform.

Women must try to do things as men have tried. When they fail, their failure must be but a challenge to others.

The best protection any woman can have … is courage.

We must believe that we are gifted for something, and that this thing, at whatever cost, must be attained.

The most common way people give up their power is by thinking they don’t have any.

One likes people much better when they’re battered down by a prodigious siege of misfortune than when they triumph.

You may encounter many defeats, but you must not be defeated. In fact, it may be necessary to encounter the defeats, so you can know who you are, what you can rise from, how you can still come out of it.

Women are never stronger than when they arm themselves with their weaknesses. 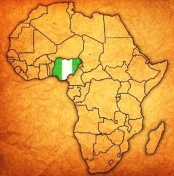 Nona Blyth Cloud has lived and worked in the Los Angeles area for the past 50 years, spending much of that time commuting on the 405 Freeway. After Hollywood failed to appreciate her genius for acting and directing, she began a second career managing non-profits, from which she has retired. Nona has now resumed writing whatever comes into her head, instead of reports and pleas for funding. She lives in a small house overrun by books with her wonderful husband.
View all posts by wordcloud9 →
This entry was posted in Afghanistan, Poetry, Texas and tagged Afghan and Texan Women – More-Not-Less, Women, Women's Autonomy, Women's Empowerment, Women's Rights. Bookmark the permalink.