A Poem by George Santayana on His Birthday

George Santayana (1863-1952) was born in Spain as Jorge Ruiz de Santayana y Borrás; American philosopher, essayist, poet, and novelist. His mother had promised her first husband, an American, that their children would be raised in the U.S., and took them there in 1869. Jose (George) remained in Spain with his father, her second husband, until 1872, when they both joined the rest of the family in Boston, but his father soon returned to Spain, and his son did not see him again until he was at Harvard, and started going to Spain for his summer vacations. After graduating from Harvard, he studied for two years in Berlin, then returned to Harvard to write his dissertation on the philosopher Herman Lotze. He became a professor in Harvard’s philosophy department (1889-1912), and his students included T.S. Eliot, Robert Frost, Gertrude Stein, and W. E. B. Du Bois. Santayana never married. In 1912, he resigned from Harvard to spend the rest of his life in Europe, living on his savings and a legacy from his mother. After 1920, he began spending winters in Rome, and later lived there year-round until his death. He wrote 19 books, and had a considerable correspondence. His 1935 novel, The Last Puritan, was an unexpected best-seller, and made him financially comfortable. He then came to the financial aid of a number of writers, including Bertrand Russell, even though they were in fundamental disagreement both philosophically and politically. Santayana considered himself an “aesthetic Catholic” and spent the last decade of his life in a Roman residence under the care of Catholic nuns. He died in 1952 at the age of 88 in Rome. 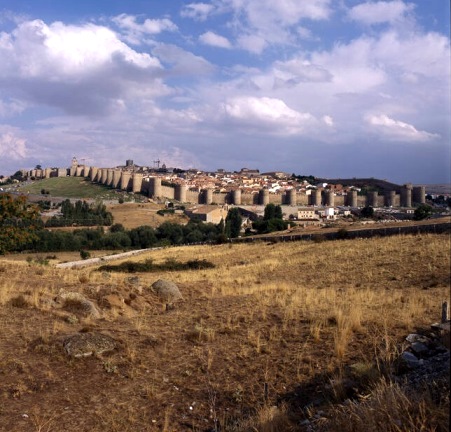 I give back to the earth what the earth gave,
All to the furrow, none to the grave,
The candle’s out, the spirit’s vigil spent;
Sight may not follow where the vision went.

I leave you but the sound of many a word
In mocking echoes haply overheard,
I sang to heaven. My exile made me free,
from world to world, from all worlds carried me.

Spared by the furies, for the Fates were kind,
I paced the pillared cloisters of the mind;
All times my present, everywhere my place,
Nor fear, nor hope, nor envy saw my face.

Blow what winds would, the ancient truth was mine,
And friendship mellowed in the flush of wine,
And heavenly laughter, shaking from its wings
Atoms of light and tears for mortal things.

To trembling harmonies of field and cloud,
Of flesh and spirit was my worship vowed.
Let form, let music, let all quickening air
Fulfil in beauty my imperfect prayer.

Nona Blyth Cloud has lived and worked in the Los Angeles area for the past 50 years, spending much of that time commuting on the 405 Freeway. After Hollywood failed to appreciate her genius for acting and directing, she began a second career managing non-profits, from which she has retired. Nona has now resumed writing whatever comes into her head, instead of reports and pleas for funding. She lives in a small house overrun by books with her wonderful husband.
View all posts by wordcloud9 →
This entry was posted in Poetry and tagged A Poem by George Santayana on His Birthday, George Santayana, The Poet’s Testament. Bookmark the permalink.

1 Response to A Poem by George Santayana on His Birthday