Abby E. Murray, poet and creative writing teacher, served as Poet Laureate of Tacoma, Washington from 2019 to 2021. She became a pacifist during her years as a college student, but married a soldier in 2004, and is confronted daily with contradictions. She publishes Collateral, an online journal about the impact of war and conflict, but since 2016, she has also been teaching military strategic writing to lieutenant colonels and colonels at the U.S. Army War College. In 2019, she taught a four-week poetry workshop at the Carson Home, a place for detained and undocumented boys between 12 and 17. “Families were being separated, and I felt like I wanted to do something, do more. So, I reached out and offered to teach poetry. I brought translators with me. Two-thirds of the boys had never been in a classroom.” Her poetry collections include Hail and Farewell, Me and Coyote, Quick Draw: Poems from a Soldier’s Wife, and How to Be Married After Iraq.

To read Abby Murray’s poem, “The Right to Joy” click: 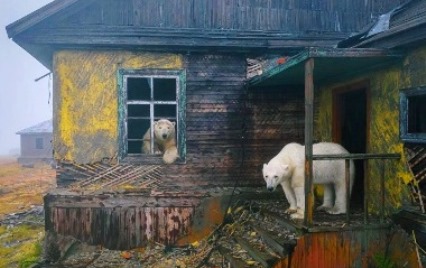 The Right to Joy

It happened: I stepped
outside on a Tuesday
morning and, noticing
cloudlessness over the city,
the hydrangea happiness
of all that blue, I began
to doubt my delight,
suddenly aware of what
I turned away from
in order to turn toward
comfort. I called LeAnne,
thousands of miles away.
Just as I suspected: it was
raining where she was,
the sky dull as pencil lead,
the nights oozing past
on rivulets of fog.
Her last memory of a sunset
was two weeks old
and she was getting ready
to go for a walk anyway.
I hung up and refused
to enjoy the daylight
I hadn’t earned. I worked
in the basement
with the blinds drawn,
picking at my keyboard
like a starved chicken.
My fingers froze.
I couldn’t feel anything
I wrote. At lunch, I surfaced
in the kitchen to make
a sandwich and checked
the windows: the sky
was still there, brighter
now, emboldened even,
a blaze of sun
on the windowpane
like God peeping in
to laugh. Truly, the sky
above me was flawless
cerulean, not even airplanes
signing it in their fine script
as they floated up and down
the eastern seaboard.
I didn’t falter. I spent
a few more hours in the dark,
writing about greyness.
LeAnne called and asked
if I’d read the article about
the photographer who
found polar bears living
in an abandoned weather
station on a Russian island
in the Chukchi Sea:
a deserted village
of wooden buildings,
some half-collapsed, all
covered in rot and moss
and proof of a climate
dictated by storms and ice
and harshness, only
the broken windows
reveal less emptiness
than the photographer
or any of us expect:
massive polar bears
poke their faces over
the splintered sills to blink
at the camera, which is
attached to a drone
so as not to frighten them
too much, and I don’t speak
polar bear but in these photos
they seem to be saying
hello, this is ours now,
and I have to agree,
as I imagine the photographer
did, because I don’t think
anyone can disagree
with polar bears even
in pictures, even the ones
who seem pacified
and pleased, albeit by chance,
with their sudden luck,
which they must know
is theirs while they have it
because they have it
but not for always.
They are dying along
with the rest of us.
It isn’t fair or unfair.
A weather town was built
by humans for humans,
then claimed by bears
for the newly fortunate.
Since when have accidents
been just? Since when
does happiness choose
its beholder? The polar bears
curl up on their new porches
like they’re waiting
for a pie to cool.
They let the drone
do its thing. They let it leave.
I tell LeAnne I need
to get to the post office
before it closes and when
I open my front door
the afternoon is still
hanging on, still luminous
but goldening, more
bronze than blue now,
as if wizened, as if to say
I can take it or leave it,
this joy, this surprise gift,
this nectar of air I didn’t
grow or pay for but woke up
and found just the same,
as if to say it had only
one plan for its life
and that was to end
whether I savored it or not.

– from Poets Respond, a weekly forum on Sundays for poems written within the previous week about a public event, at https://www.rattle.com/respond/

Nona Blyth Cloud has lived and worked in the Los Angeles area for the past 50 years, spending much of that time commuting on the 405 Freeway. After Hollywood failed to appreciate her genius for acting and directing, she began a second career managing non-profits, from which she has retired. Nona has now resumed writing whatever comes into her head, instead of reports and pleas for funding. She lives in a small house overrun by books with her wonderful husband.
View all posts by wordcloud9 →
This entry was posted in environment, Poetry and tagged Abby E Murray, Polar Bears at Abandoned Weather Station, The Right to Joy. Bookmark the permalink.
Loading Comments...
%d bloggers like this: