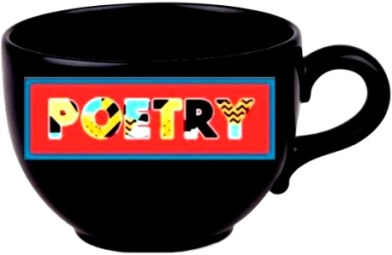 How many answers shall be found
in the developing world of my Poem?
I don’t know. Nevertheless I put my Poem,
which is my life, into your hands, where it will do the best it can.

April is National Poetry Month in the U.S.

Though this month was first introduced and organized in 1996 by the Academy of American Poets as a celebration of American poetry, it was acknowledged right away in a presidential proclamation issued by Bill Clinton, and is marked on the schedules of the U.S. Poets Laureate.

This part of the series covers the years from 2012 to the present. In more recent years, there has been a notable effort to expand the representation of women and people of color as laureates — Natasha Trethewey and Tracy K. Smith are African-American, Juan Felipe Herrera is the first Latino appointee, while Joy Harjo, the current laureate, is the first Native American.

We mourn the broken things, chair legs
wrenched from their seats, chipped plates,
the threadbare clothes. We work the magic
of glue, drive the nails, mend the holes.
We save what we can, melt small pieces
of soap, gather fallen pecans, keep neck bones
for soup. Beating rugs against the house,
we watch dust, lit like stars, spreading
across the yard. Late afternoon, we draw
the blinds to cool the rooms, drive the bugs
out. My mother irons, singing, lost in reverie.
I mark the pages of a mail-order catalog,
listen for passing cars. All day we watch
for the mail, some news from a distant place.

Already one day has detached itself from all the rest up ahead.
It has my photograph in its soft pocket.
It wants to carry my breath into the past in its bag of wind.

I write poems to untie myself, to do penance and disappear
Through the upper right-hand corner of things, to say grace.

by Juan Felipe Herrera
.
and I heard an unending scream piercing nature.
— from the diary of Edvard Munch, 1892

At the greyhound bus stations, at airports, at silent wharfs
the bodies exit the crafts. Women, men, children; cast out
from the new paradise.

They are not there in the homeland, in Argentina, not there
in Santiago, Chile; never there in Montevideo, Uruguay,
and they are not here

They are in exile: a slow scream across a yellow bridge
the jaws stretched, widening, the eyes multiplied into blood
orbits, torn, whirling, spilling between two slopes; the sea, black,
swallowing all prayers, shadeless. Only tall faceless figures
of pain flutter across the bridge. They pace in charred suits,
the hands lift, point and ache and fly at sunset as cold dark
birds. They will hover over the dead ones: a family shattered
by military, buried by hunger, asleep now with the eyes burning
echoes calling Joaquín, María, Andrea, Joaquín, Joaquín, Andrea

From here we see them, we the ones from here, not there or across,
only here, without the bridge, without the arms as blue liquid
quenching the secret thirst of unmarked graves, without
our flesh journeying refuge or pilgrimage; not passengers
on imaginary ships sailing between reef and sky, we that die
here awake on Harrison Street, on Excelsior Avenue clutching
the tenderness of chrome radios, whispering to the saints
in supermarkets, motionless in the chasm of playgrounds,
searching at 9 a.m. from our third floor cells, bowing mute,
shoving the curtains with trembling speckled brown hands. Alone,
we look out to the wires, the summer, to the newspaper wound

in knots as matches for tenements. We that look out from
our miniature vestibules, peering out from our old clothes,
the father’s well-sewn plaid shirt pocket, an old woman’s
oversized wool sweater peering out from the makeshift kitchen.
We peer out to the streets, to the parades, we the ones from here
not there or across, from here, only here. Where is our exile?
Who has taken it?

“Exiles” from Half the World in Light: New and Selected Poems, © 2008 by Juan Felipe Herrera – University of Arizona Press

What a profound longing
I feel, just this very instant,
For the Garden of Eden
On Montague Street
Where I seldom shopped,
Usually only after therapy
Elbow sore at the crook
From a handbasket filled
To capacity. The glossy pastries!
Pomegranate, persimmon, quince!
Once, a bag of black beluga
Lentils spilt a trail behind me
While I labored to find
A tea they refused to carry.
It was Brooklyn. My thirties.
Everyone I knew was living
The same desolate luxury,
Each ashamed of the same things:
Innocence and privacy. I’d lug
Home the paper bags, doing
Bank-balance math and counting days.
I’d squint into it, or close my eyes
And let it slam me in the face—
The known sun setting
On the dawning century.

Once the World Was Perfect

Once the world was perfect, and we were happy in that world.
Then we took it for granted.
Discontent began a small rumble in the earthly mind.
Then Doubt pushed through with its spiked head.
And once Doubt ruptured the web,
All manner of demon thoughts
Jumped through—
We destroyed the world we had been given
For inspiration, for life—
Each stone of jealousy, each stone
Of fear, greed, envy, and hatred, put out the light.
No one was without a stone in his or her hand.
There we were,
Right back where we had started.
We were bumping into each other
In the dark.
And now we had no place to live, since we didn’t know
How to live with each other.
Then one of the stumbling ones took pity on another
And shared a blanket.
A spark of kindness made a light.
The light made an opening in the darkness.
Everyone worked together to make a ladder.
A Wind Clan person climbed out first into the next world,
And then the other clans, the children of those clans, their children,
And their children, all the way through time—
To now, into this morning light to you.

“Once the World Was Perfect” from Conflict Resolution for Holy Beings, © 2015 by Joy Harjo – W. W. Norton & Company

Nona Blyth Cloud has lived and worked in the Los Angeles area for over 50 years, spending much of that time commuting on the 405 Freeway. After Hollywood failed to appreciate her genius for acting and directing, she began a second career managing non-profits, from which she has retired. Nona has now resumed writing whatever comes into her head, instead of reports and pleas for funding. She lives in a small house overrun by books with her wonderful husband.
View all posts by wordcloud9 →
This entry was posted in Poetry, The Coffee Shop and tagged A Spark of Kindness, TCS, US Poets Laureate. Bookmark the permalink.

1 Response to TCS: U.S. Poets Laureate of the 21st Century, Part THREE – ‘A Spark of Kindness’