Today is National Dog Day, founded in 2004, to encourage adoption. Rescue dogs make great companions, and each one deserves a “forever home.” 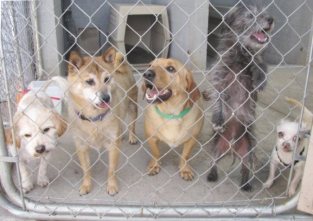 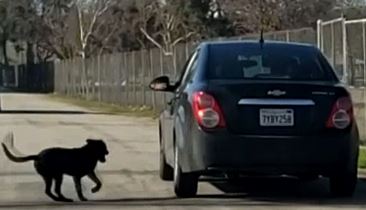 They dumped it on the lonely road,
Then like a streak they sped;
And as along the way I strode
I thought that it was dead:
And then I saw that yelping pup
Rise, race to catch them up.

You know how silly wee dogs are.
It thought they were in fun.
Trying to overtake their car
I saw it run and run:
But as they faster, faster went,
It stumbled, sore and spent.

I found it prone upon the way;
Of life was little token.
As limply in the dust it lay
I thought its heart was broken:
Then one dim eye it opened and
It sought to lick my hand.

Of course I took it gently up
And brought it to my wife
Who loves all dogs, and now that pup
Shares in our happy life:
Yet how I curse the bastards who
Its good luck never knew!

Robert Service (1874-1958) was born in the United Kingdom. He sailed to western Canada in 1894 to work in the Yukon Wilderness, the inspiration for many of his best-known poems. But he also traveled widely in the U.S., in other parts of Canada, to Paris and to Cuba. His  Songs of a Sourdough or Spell of the Yukon and Other Verses,  published in 1907, which went into ten printings its first year, and earned him the title of “Bard of the Yukon.” 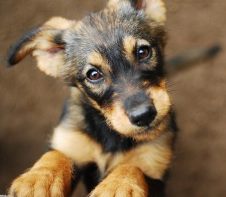 Into the gravity of my life,
the serious ceremonies
of polish and paper
and pen, has come

as if I needed him
to prove again that after
all the careful planning,
anything can happen.

Nona Blyth Cloud has lived and worked in the Los Angeles area for over 50 years, spending much of that time commuting on the 405 Freeway. After Hollywood failed to appreciate her genius for acting and directing, she began a second career managing non-profits, from which she has retired. Nona has now resumed writing whatever comes into her head, instead of reports and pleas for funding. She lives in a small house overrun by books with her wonderful husband.
View all posts by wordcloud9 →
This entry was posted in Dogs, Poetry and tagged Abandoned Dog, Linda Pastan, National Dog Day, Robert Service, The New Dog. Bookmark the permalink.
Loading Comments...
%d bloggers like this: