Trump and the cursed golden stool – A Folktale

January 20, 2023 marked the second year anniversary of Joe Biden’s presidency. In the immediate aftermath of his electoral victory, I wrote a folktale/fable condemning Trump’s villainy and depravity.

Folktales are stories originating in popular culture which are typically passed on orally. Their purpose is to create a sense of unity in a homogeneous group which reinforces their identity. The stories communicate morals and traditions to younger generations and prepare them for future challenges. Fables are generally works of fiction that may feature animate or inanimate objects. They also convey moral values.

Trump represents the most dangerous, sociopathic world leader in modern times. In an age of worrisome nuclear stock piles, the re-emergence of such tyrannical leadership, must be repelled and viewed as an anathema. My story contains a fusion of literary genres, to create a kernel of a tragic, cautionary tale. 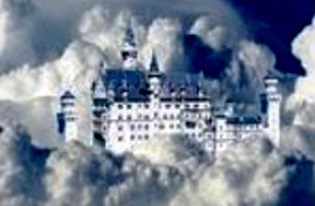 Trump and the cursed golden stool

Trump’s lunatic, run-amok craving for absolute power, vast wealth, self-glorification and glamorous women, was the four-legged stool, he mounted, straddled and rode, to ruthlessly machete and carve, a swath to the most powerful office on the planet.

Thus far, each leg of the garish and vulgar, stratospheric-golden-stool, has imploded and disintegrated into noxious dust. In real-time, the wall-less, tower has morphed into a cluster of mushroom-shaped and sized, toxic waste debris. The mobbed-up commoner who would be king, now hobbles and wobbles, atop the mushroom mound, as he showcases the extent of his odious proclivities. The “crowning act” of his sinister leadership, was his outrageous, treacherous attempt to purloin for himself a kingdom and throne, out of the ether.

The disquieting saga of “Trump and the cursed golden stool,” will not engender universal emotions of tranquillity, joy and elation, which attend an account, of a hero’s selfless, victorious pursuit of righteousness, peace and justice. Trump’s tragic tale will never be condensed into a calming, slumber-inducing, children’s bed time story. Rather, it will have its place in the halls of infamy, as a nightmarish sequence of events, orchestrated by a depraved villain. His will not be a comforting, feel-good fable, reminiscent of “Jack and the Beanstalk.”

The story of Jack enjoys an iconic place in British folklore until this day. The character of Jack was brought to life by the British author, Benjamin Tabart. Jack was a simple peasant who traded his family cow for a handful of magic beans. The beans grow into a gigantic beanstalk reaching up to the clouds. Jack climbs the beanstalk and lands in the castle of a frightful giant.

Jack learned from a friendly fairy that the castle belonged to Jack’s father, who had been robbed and slain by the giant. The giant had also stolen goods from many of Jack’s compatriots. Jack is able to outsmart the giant and retrieve his own inheritance and much of the stolen loot. He escapes by chopping down the beanstalk, and the giant who is pursuing him, falls to his death and Jack becomes a hero. Jack ascended to stellar heights on the beanstalk, to claim a kingdom to which he was legitimately entitled. His honourable exploits benefited all and sundry.

Contrariwise, “Trump and the cursed golden stool,” is a tale of a malevolent charlatan who by crooked means, ascended a golden stool and thereby attained great power. Despite its beguiling, shining, glorious, golden hue, in reality, it was a truly evil contraption, that darkened and imperilled the whole world. The stool bore the weight of a vainglorious man, devoid of a conscience and bereft of a scintilla of empathy. He neither feared God, nor respected man.

The antiheros’ ignominous, colossal failure as a human being and global leader, is a cautionary tale of corrupt ambition gone horribly awry. Lacking a soul, his persona was subsumed by a cankered id.
His leadership of the most powerful nation on the planet, was characterised by chaos, cruelty and criminality.

During his term of office, the excessively high death toll in the country, caused by a raging deadly pandemic he deliberately chose to ignore, underscored a callous disregard for human life.

In this connection, his conduct falls within the purview of actions, which can be categorised as crimes against humanity. His abject failure in tackling the plague was also a direct consequence of his overweening oafishness and self-indulgence. In addition to industrial-scale death, common folk suffered mass poverty, starvation and homelessness.

Trump’s devotees who enabled his worst instincts by scrambling atop, clinging onto or sheltering under, the cursed golden stool, will all be on the wrong side of history. Having been baptized in the sludgy, murky waters of “Trumpism,” they choose to swim in its cesspools and slurp from its troughs. These wayward supporters are anything but upstanding citizens. They are more aligned with the rats that skipped and danced to the tune of the Pied Piper of Hamelin, as he led them over the edge of the cliff to certain destruction.

These sycophantic fellow-travellers representing a cabal of diverse interests, willingly jumped into the abyss, as they enabled Trump’s insurrection against a duly elected government. They are complicit in jeopardizing free and fair elections worldwide, thereby, delivering a life-threatening blow to democracy.

The golden stool does not represent a symbol of reconciliation or national cohesion. Although its legs no longer reach the celestial sphere, its seat is not riderless, and its stumps emit powerful mushroom clouds of toxicity. The poisons are designed to incite violence, pollute the wells of politcal and social discourse and manufacture intractable divisions among the populace.

At no point of its existence, did the monstrous, wretched stool ever purport to be a symbol of unity, faith or patriotism. Neither did it aim to provide a shelter or secure covering for the generality of the citizenry. Only those that would pledge their blind loyalty and worship at the feet of the cursed golden stool were assured protection.

The story of “the magic flying carpet,” was popularised in Mid-Eastern folklore. The destination of the carpet and those seated on it was heavenward, unlike the damned stool, which ended its nefarious journey in a pile of ashes.

Law-abiding people of the land, elected to telegraph their collective abhorrence and revulsion, directly to the stool. Upon learning of its downfall and total implosion, they flooded the streets in celebration singing and dancing.
The good people of the land promised one another never to permit the inhumane, freakish device to be rebuilt. They took up a ditty, which became a hit song throughout the realm.

“The golden stool seats kings nor queens to rule
The flaxen chair hostile to all save knaves and  fools
The golden stool never revered albeit feared or jeered
Razed to a pile of ashes; Hear ye, and raise your cheers!”

Nona Blyth Cloud has lived and worked in the Los Angeles area for over 50 years, spending much of that time commuting on the 405 Freeway. After Hollywood failed to appreciate her genius for acting and directing, she began a second career managing non-profits, from which she has retired. Nona has now resumed writing whatever comes into her head, instead of reports and pleas for funding. She lives in a small house overrun by books with her wonderful husband.
View all posts by wordcloud9 →
This entry was posted in Politics, United States and tagged A Folktale, Irene Fowler, Trump and the cursed golden stool. Bookmark the permalink.