Is It Time To Make Fundamentalism A Crime? Part 3

The following is the third installment in a multi-part series exploring religious fundamentalism and the means of checking its excesses. You can read the first part here and the second part here. 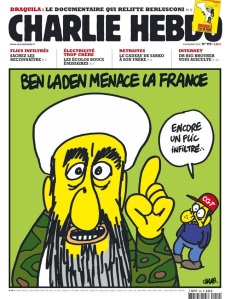 The discovery of oil in Saudi Arabia in 1939 would have immediate consequences for world geopolitics and for the Wahhabis. Rising concerns about Hitler’s Nazi movement prompted the British to make immediate inroads into the region to secure oil. Prior to the mid-1920s, the Western industrial powers were coal-fired. The UK had that in abundance but industry was changing and demands for petroleum-based products for gasoline and kerosene were increasing by the mid-1930s especially  for automobile and heating fuel.

Prior to 1939, the MidEast accounted for no more than 5% of the world’s petroleum supply.  The desert kingdoms, as they were known, were poor, culturally backward and the subject of much derision as the civilization time forgot. Oil changed all that and increased the power and prestige of the former sheiks into international businessmen in charge of the world’s largest known oil reserves. Saudi Arabia literally floated on an ocean of oil that was cheap to access with little vegetation to clear and near navigable ports where it could be efficiently exported.

Seven major oil companies negotiated leases for the oil and established the means of production. The first was British Petroleum followed in short order by Shell, Esso, Texaco, Gulf, Chevron and Mobil. The holocaust supporting Nazi-controlled German chemical company, IG Farben, who, with patents from the US Standard Oil (Esso) via its US subsidiary, Standard IG Farben, was the world leader in producing oil from coal, but was effectively shutout of the MidEast.  IG Farben, however, made a secret pact with Esso through its subsidiary to supply oil to German sub bases. Esso chairman John D. Rockefeller disclaimed knowledge but the president of the subsidiary took the fall — a $5000.00 fine for supplying the enemy. (Though beyond the scope of this essay, you can read about the whole sordid tale here that some contend delayed the US entering the war until Pearl Harbor)

Oil meant money for the House of Saud and its allies, the Wahhabis, who gained dominance in the rising culture. But it also fostered resentment as the former imperial powers controlled both the upstream (production and marketing of crude oil) and down stream (transportation, refining, distribution, and sale of oil products) means of production. This arrangement continued unabated until the 1960s when the move to nationalize oil fields in MidEast began to take shape.

Now affiliated into OPEC, the oil-producing states oversaw Algeria’s nationalization of the French controlled company, Sonatrach,  in 1971, that was followed by almost every other producing country doing the same by the mid-70s.  By 1982, Western “companies lost around 50% of their share of the crude oil market, from 30 million barrels per day (MMbbl/d) to around 15.2 MMbbl/d, while ‘free world’ demand decreased only 15% over the same time period. Even more significant, in 1982 the major (oil companies) could rely on 6.7 MMbbl/d of production from the reserves under their control, while the corresponding number in 1973 was 25.5 MMbbl/d—a decrease of 74% in less than 10 years.” (Energy Studies Review). The companies over the course of a decade became buyers and re-sellers of sweet crude instead of just sellers. Oil profits shifted from an outflow from the MidEast into an inflow to the desert kingdoms with the Western oil companies now handing — and being paid for — only the downstream activities.

Now flush with funds, the amalgamated OPEC (or OPAEC with the addition of Egypt, Syria and Tunisia) advanced onto the world stage. In 1973, at the height of both nationalization and the Yom Kippur War (where Egypt and Syria launched a surprise attack on Israel), oil producers embargoed oil to the West to punish it for its support of the Jewish state (which it had created via the UN over Arab objection in 1948). That caused a stock market crash in the US and long gas lines at the pump. US antipathy to the Arab states from all strata of society was assured. By 1980, Saudi Arabia had taken control of  the last remaining oil company,  Arabian-American Oil Company (“ARAMCO”), which engendered no love in the West. Aramco is now the world’s largest oil company.

Flexing of political muscle led to flexing of cultural muscle as the House of Saud, the leaders of OPEC, became more closely allied with the fundamentalist Wahhabi movement and its unwavering hate of Israel. To understand the effects of Wahhabism on Saudi policy you must first understand the culture. As author David Long writes (here):

Saudi Arabia is a society run by the elders of extended families who are collectively ruled by the elders of the royal extended family, not a country of individuals ruled by an individual ruler. In this context, the ancient desert culture and customs and the Islamic values and mores of the royal family are the same as those of any other Saudi family. Not to understand this is not to understand commercial, political, social or religious practices in the kingdom.

As a conservative male-dominated leadership, Saudi rulers are constantly embroiled in one of the universal features of international trade – cultural exchange with your trading partners. From Marco Polo to the present day, trade brings goods, services, and new ideas. In this context, that means Western pop culture which emphasizes individual freedom and equality. Both taboo concepts to the desert culture that traces its roots to Ishmael.

In this constant flood of perceived heresy to  both the traditions and texts of orthodox Islam, Wahhabis find themselves squeezed in a battle between the present and the past and, given their history, the choice is easy. And so are the means and choices of fighting back. It is in this context that ISIS must be understood.

What Mohammed Ibn ‘Abdul-Wahab insisted upon — and what is followers today insist upon — is that men with the sword judge on behalf of God here on earth, and on all matters, small and big. This is where the Saudi Kingdom and ISIS fit. They are outside the boundaries of mainstream Islam, in that they refuse to even concede that they speak as representatives of a sect. Wahhabis (of all stripes) protest to even the name of Wahhabis: we are only Muslims, they assert; i.e. they alone are Muslim and everyone else is a kafir [unbeliever] who should be fought as ancient pagans at the time of Mohammad. Wahhabis claim that they represent the ‘true Islam’ when the strength of Islam throughout the ages is that there is no such thing as ‘the true Islam.’

Next time, we’ll discuss the concept of global jihad and its attraction to some Muslim fundamentalists.

26 Responses to Is It Time To Make Fundamentalism A Crime? Part 3