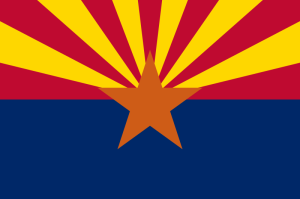 Arizona seems to get in the news quite a bit as of late and it is rarely flattering. This time it is a bill being sponsored to specifically benefit one person. SB 1071 is moving quickly through the state Legislature. It would cap how much counties can charge for recording certain property deeds. Supporters of the bill have said it would protect future buyers of tax liens from excessive fees but that is simply window dressing to make the law more palatable. In reality, the bill works to the benefit of one man and his real estate investment company: Phoenix area attorney Wayne Howard and Sonoran Land Fund LLC.

Howard’s company acquires some property via purchasing tax liens. The way this works in Arizona is that property owners who do not pay their taxes have a lien placed on the property that prevents them from selling it until they have paid their taxes. After three years, the tax lien can be purchased by third parties. The owners of the lien may then initiate foreclosure proceedings if the landowner does not pay what they owe plus penalties. If the third party obtains a court-ordered judgment on the foreclosure, the third party is then required to obtain a deed transferring the property from the debtor to the third party. The fee for the issuance of each deed is $50 according to state law.  Seems pretty straight forward. If you purchase tax liens, the $50 cost of registering new deeds upon foreclosure is simply a cost of doing business.  Right?  On a per parcel level and considering the profits possible from such investments, at scale it is a minimal transactional cost. The profit on one parcel could potentially offset the entire cost. In fact, a breakdown of the actual cost to process said deeds amounts to $97 per deed. Seems like a fee of $50 is more than fair enough considering there is actual costs to the work to be done issuing and recording new deeds and those costs exceed the fee by almost 100%.

Sonoran Land Fund LLC recently applied for recording new deeds on 2,922 parcels property.  The resulting bill for recording said deeds totaled $146,100. Howard sought a waiver of a $50-per-parcel charge and requested Pinal County bill him a total of $50 for all 2,922 properties. The county naturally rejected the request. Howard, not one to let complying with a law everyone else in the state has to comply with, threatened to get the fee reduced another way. According to Pinal County Treasurer Dolores “Dodie” Doolittle, Howard said, “He said he would go and get the law changed. That’s what he’s trying to do.”

Sonoran Land Fund LLC hired lobbyist Stan Barnes to get the ball rolling. This resulted in what would be known as SB 1071 being sponsored by state Sen. Steve Smith (R-Maricopa). The bill (among other things) seeks to cap the charges on this kind of bulk deed work at $500. Currently awaiting vote in the House, SB 1071 passed the Senate in February with minimal effort. The bill has met with opposition.  According to azcentral.com:

The bill is opposed by at least six county treasurers in the state. It is supported by Howard’s company, southern and central Arizona homebuilders associations and the Arizona Association of Realtors.

Supporters’ testimony focuses on cutting costs for future buyers of tax liens. But county treasurers say the circumstances occur so rarely that Howard is the only person who benefits. They say their research shows only a few cases in Arizona history in which hundreds of tax liens have been purchased at the same time.

They also say the bill’s provisions are written specifically for Howard, including a retroactive clause that would apply only to Howard’s 2,922 parcels.

The bill would cover anyone who already has obtained foreclosure judgments and has not yet obtained a treasurer’s deed. That precisely fits Howard’s circumstances, said Jen Marson, executive director of the state counties association.

“It’s like the county saying, ‘We appreciate you investing in our county, sir. So we’re going to give you a 99 percent discount,’ ” Marson said. “County government is not like shopping at Costco. We have no economy of scale.”

Any suggestion that the bill would benefit anyone other than Howard is “wordsmithing” to make the bill publicly palatable, Marson said.

Records show beginning in 2011, Howard purchased tax liens for parcels of a failed subdivision called Desert Carmel west of Casa Grande. The subdivision is next to the Francisco Grande Hotel and Resort and was planned around the site of the San Francisco Giants’ old spring-training facility.

Marson said there was no stated reason for the $500 cap when the legislation was introduced. She said county officials offered a $25,000 compromise but it was rejected by the bill’s originators.

“They said no, even though they admitted their $500 number was arbitrarily submitted,” Marson said.

County treasurers said the $50 transfer fee for each deed was not arbitrary. They said that amount only covers about half of the actual costs associated with processing deeds and transferring the title.

What is perhaps most distressing is that under a cost-benefit analysis, apparently it is more cost effective to hire a lobbyist and try to get a law changed to specifically financially benefit an individual in a rare circumstance than it is to pay the $146,100 on what seems to already be a deeply discounted transaction.

Is this an example of the Right to Petition being fairly exercised or an example of how money corrupts the system and undermines the Rule of Law?

What do you think?