Privatization Fail: Company That Runs Toll Road in Indiana Has Filed for Bankruptcy 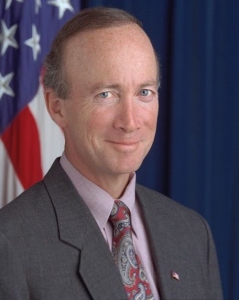 Last week, Mike Spindell wrote a post titled Privatization is a Bad, Immoral Idea and Has Nothing to Do With Free Markets. Like Mike, I think that privatization is a bad idea that has nothing to do with free markets. I believe that most privatization schemes are not about improving things and making them less costly for tax payers. I think they are all about making money for private companies.

Yesterday, I came across a story at Charlie Pierce’s Politics Blog on the subject of privatization that caught my attention. Pierce wrote about a toll road privatization deal in Indiana that had gone bad. According to Pierce, former Governor Mitch Daniels—“the value-sized brainiac from Indiana”—helped the Hoosier State’s turnpike go “belly up.”

Daniels was a “moderate” and he was seriously considered a man of ideas, despite the fact that his experience in government included working the federal budget for George W. Bush, which should have disqualified Daniels from working at a gas station. Central to Daniels’s Indiana miracle was privatization. Daniels sold off as much of Indiana as he could. Central to the fire sale was the privatization of the Indiana toll road to an Australian company.

In 2006, then-Republican governor Mitch Daniels leased the Indiana Toll Road for $3.8 billion dollars. The state used that money for construction projects, including U.S. 31 and I-69.

But the company that took on the lease fell into financial troubles and the toll road fell into disrepair.

According to Madeline Buckley (South Bend Tribune), the company paid the sum of $3.8 billion for a 75-year lease of the road that runs between the Illinois and Ohio state lines in 2006. She noted that the toll revenue had “failed to meet company expectations.”

Buckley reported last year that the debt-ridden “ITR Commission Co., a spawn of the Spanish-Australian company Cintra-Macquarie” had “filed for Chapter 11 bankruptcy in U.S. Bankruptcy Court in Chicago in a prepackaged plan to restructure its approximate $6 billion debt.” She said that the bankruptcy filing of the company that had been operating the Indiana Toll Road had “reignited an old debate about the controversial privatization of the Toll Road in 2006.”

According to Barbara Harrington, a second Australian company is now “set to take over management of the Indiana Toll Road that runs through the northern part of the state and into Illinois.” She wrote, “This comes after another Australian-based company that originally held the lease went bankrupt.” Harrington explained that “IFM Investors plans to buy the toll road lease from ITR Concession Company for $5.7 billion dollars, which is quite a bit more than the original toll road lease.”

Harrington reported that the Indiana Finance Authority, which oversees the highway lease, said that its experts had “reviewed IFM’s bid and are confident they can meet their legal obligations to maintain the road.” She added, “That means they must perform routine maintenance on the roadways, as well as make upgrades that were outlined in the original agreement when the toll road was privatized. They must do so without raising tolls, which was a condition of the 2006 deal.”

In her South Bend Tribune article, Buckley wrote about a resident of LaPorte, Indiana, named Shaw Friedman who said that he had experienced “substandard conditions when driving on the Toll Road.” Friedman, an attorney, was quoted as saying, “Frankly, the state should intervene as a party in the bankruptcy proceeding. The state’s interests are certainly not represented by the hedge funds, banks and lien holders.”

Friedman, who was formerly the chairman of the Laporte County Democratic Party, said the former governor should be first in court to testify that he pledged the state would take back the Toll Road if the operator did not meet its obligations.

“This is a valuable asset that was really, really sold off at a discount when you consider the value the Toll Road could have had by gradually raising tolls,” Friedman said. “The problem is the $3.8 billion was gone in the first six or seven years. What do we do with the remaining 70 years?”

Rep. David Niezgodski, D-South Bend, said, “We’ve learned during this process that the service plazas along the toll road, all of them, are really in deplorable condition.” Niezgodski said that he “wants to make sure that doesn’t happen again under the new lease agreement.” He added, “Maybe our options are going to be limited because of the way this transaction’s going to take place basically paying off the debt. But it all comes down to people continually asking me the questions and let’s make this the investment in northern Indiana that is good for the entire state of Indiana.”

And thereby hangs the problem. A state toll road is (or ought to be) part of the political commons. Naturally, this requires some (cough, wheeze) tax dollars to repair and maintain it and, my dear young people, this simply is not done. So you toss the thing onto the vicissitudes of the private market and you hope there’s always another Australian company ready to step in. Meanwhile, tourists go zipping through Indiana crossing their legs very hard because all your rest stops look like downtown Fallujah.

And, in case you missed it, Mitch Daniels declined to run for president, ducking into a nice sinecure at Purdue, so he didn’t get a chance to do for the country what he’d done for Indiana. But, now, there’s Mike Pence, the Republican governor of Indiana, and a lot of our political press is speculating that he is a man with a plan.

Another True Tale Of Privatization In Indiana: How Indiana let its turnpike go belly up. (Esquire)

18 Responses to Privatization Fail: Company That Runs Toll Road in Indiana Has Filed for Bankruptcy