Stateside Indiana: Ridiculing and Speaking Out Against Bigotry 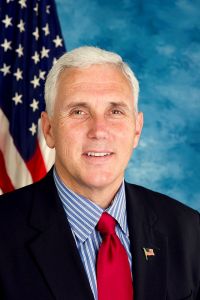 I’m am so happy to hear that Governor Mike Pence of Indiana “has come in for an extra heaping of scorn on social media” after signing the Religious Freedom Restoration Act. Curtis M. Wong (Huffington Post) said that the “legislation allows individuals and corporations to cite religious beliefs as a defense when sued by a private party. Thus, business owners who don’t want to serve same-sex couples now have legal protection to deny service.”

Pence reportedly defended his actions in a speech following the signing of the bill. The Republican Governor of the Hoosier State said, “If I thought it legalized discrimination I would have vetoed it.”

Anyone believe that? Anyone???

The Internet Action Force (IAF) team mocked the state of Indiana in a “tongue-in-cheek” travel commercial. In the video, Indiana  is praised “for its world-class cities, sports teams and ‘Hoosier hospitality that makes everyone welcome, especially bigots.'”

Indiana Is A Great Place To Be A Bigot

Unfortunately for Pence, there are many people in this country who disagree with the Indiana governor. Tom Boggioni (Raw Story) said that some of those who disagree with Pence “expressed themselves bluntly” on his Twitter account. Here are a few examples:

“Enjoy your last term as Governor, you ass backward dipshit”

“Damn dude, you suck. Shielding bigotry in an artificial cloak of religion… you’re the Mississippi of the Midwest.”

“will bathrooms and water fountains be labeled straights only? How will we know?

Note to Governor Pence: You deserve all the ridicule and scorn that has been aimed at you.

15 Responses to Stateside Indiana: Ridiculing and Speaking Out Against Bigotry