NEWSFLASH: Michael Hiltzick of the Los Angeles Times Says That Congress Is Plotting to Pay for Trade Deal by Raiding Medicare 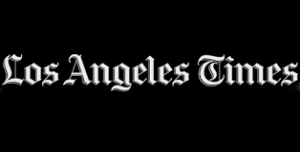 On Monday, Michael Hiltzick of the Los Angeles Times wrote in his article Congress plots to pay for a trade deal by raiding Medicare that “Medicare means many things to many people.” He said, “To seniors, it’s a program providing good, low-cost healthcare at a stage in life when it’s most needed.” Then he added that Medicare is “beginning to look more like a piggy bank to be raided” to Congress.

That’s the only conclusion one can draw from a provision slipped into a measure to extend and increase the government’s Trade Adjustment Assistance program, which provides assistance to workers who lose their jobs because of trade deals. The measure, introduced by Rep. David Reichert (R-Wash.), proposes covering some of the $2.7-billion cost of the extension by slicing $700 million out of doctor and hospital reimbursements for Medicare.

Evidently, there is a plan in Congress “to move the Trade Assistance Program expansion in tandem with fast-track approval of the Trans-Pacific Partnership trade deal, possibly as early as this week.” Hiltzick noted that in an earlier article, ‘Free trade’ isn’t what Trans-Pacific Partnership would deliver, he had explained “the dangers of the fast-track approval of this immense and largely secret trade deal.”  He said that “the linkage with the assistance program adds a new layer of political connivance: Congressional Democrats demanded the expansion of the Trade Assistance Program, Congressional Republicans apparently found the money in Medicare.” He then said that “the Obama White House, which should be howling in protest, has remained silent.”

Max Richtman, head of the National Committee to Preserve Social Security and Medicare, told Hiltzick, “To take this cut and apply it to something completely unrelated sets a terrible precedent.”

In his article, Hiltzick said that the cut in Medicare “is designed as an extension to the 2011 sequester, an economically damaging bit of fiscal hugger-mugger Congress devised as a route out of an impasse over the federal debt limit.” He added that “Medicare was relatively but not entirely unscathed by the sequester: much of the program was exempted from cuts, though provider reimbursements were pared by 2% each year through 2023. Last year, the Medicare sequester was extended into 2024 to cover a reversal of cost-of-living cuts to veterans’ pension benefits — another case of raiding Medicare for an unrelated program.” According to Hiltzick, the “new proposal cuts Medicare provider benefits by another quarter of a percentage point from October 2024 through March 2025.”

Click here to read  the full text of Michael Hiltzick’s article Congress plots to pay for a trade deal by raiding Medicare.

3 Responses to NEWSFLASH: Michael Hiltzick of the Los Angeles Times Says That Congress Is Plotting to Pay for Trade Deal by Raiding Medicare