West Virginia Man Sues the DOE over the Teaching of Evolution, Claims Officials Violated Constitution by “Propagating” a Religious Faith in Public Schools 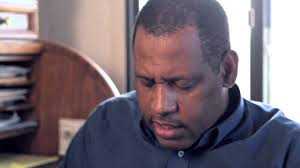 Kenneth Smith, the parent of a Jefferson County student, has “filed a federal lawsuit against local, state and federal education officials claiming the teaching of evolution, which he says is a religion, violates his child’s Constitutional rights.” According to Andrea Lannam of the Charleston Daily Herald, Smith “filed the four-page federal lawsuit in U.S. District Court for the Northern District of West Virginia against the Jefferson County Board of Education, state Superintendent Michael Martirano, National Institute of Health director Francis Collins, U.S. Secretary of Education Arne Duncan and the U.S. Department of Education.” Smith is representing himself.

The lawsuit, filed on May 12th, said Smith’s “complaint is against all Defendants, who’ve fostered the propagation of religious faith in our West Virginia public school machinery and government at large.” Lannam said that “Smith alleged education officials violated the U.S. Constitution because he claimed they are ‘propagating’ a religious faith in public schools.”

The lawsuit said, “Their actions during the 2014-2015 school year affects my child’s future directly through the state grading system to enter college and the ability to earn economic security and a good job in her chosen veterinarian medical field of work, by being taught a faith base (evolutionary ideology) that just doesn’t exist and has no math to back it.”

According to Lannam, Smith said that officials had “refused to cease” their violations. “While denying the Plaintiff’s accurate scientific mathematical system of genetic variations that proves evolution is a religion, it will benefit our government economically and efficiently increase our judicial and law enforcement departments in many ways,” the lawsuit said.

Joan Shipps of Raw Story said Smith “argues that taking evolution out of the West Virginia curriculum would be beneficial to the state’s economy, judiciary, and police force, and defends his legal rationale by citing an ‘accurate scientific mathematical system of genetic variations that proves evolution is a religion.’”

Shipps noted that National Center for Science Education (NCSE) pointed out that Smith had “published a book in 2013 called The True Origin of Man.”

“This book represents the truth of man’s origins confirmed by D.N.A. mathematical and scientific facts,” reads the Amazon description. “Student readers of this book will be informed first ahead of their college professors on the new direction of D.N.A.’s future of calculating the mutated percentage cells in any genome. Truth! Some people love being first to know secrets. Others being ahead of the game and the readers of this book will have that cutting edge in life.”

The True Origin of Man By Kenneth Smith

1 Response to West Virginia Man Sues the DOE over the Teaching of Evolution, Claims Officials Violated Constitution by “Propagating” a Religious Faith in Public Schools