For some writers, leaving the comforts of “civilization” for a simple life does wonders for their work. Henry David Thoreau is the best-known example of a writer doing more productive work out in the woods.

When I was born, my parents were living at the end of a long dirt road in the middle of the Arizona desert because there was a housing shortage in Phoenix, so my early childhood years were very isolated. The weekly trip to the library was a big event, and the beginning of my lifelong passion for the written word. Even after we moved “into town,” my family spent a lot of summer vacations camping.

I do have breath-taking memories of the beauty of the natural world that I wouldn’t have if we’d never hitched up a tent trailer to our old Rambler station wagon, and gone off on the roads less traveled. Still, it was a pretty comfortable way to see the U.S.A. and Canada compared to those hardy souls trekking up mountains in hiking boots while carrying all their gear on their backs.

You will note that my wonderful back-to-nature memories are pretty much in the past tense. I am a city dweller, with a deep appreciation for hot showers, washing machines and Internet access.

But it does resonate for me when May Sarton (1912-1995) writes in her Journal of a Solitude: “There is no doubt that solitude is a challenge and to maintain balance within it a precarious business. But I must not forget that, for me, being with people or even with one beloved person for any length of time without solitude is even worse. I lose my center. I feel dispersed, scattered, in pieces. I must have time alone in which to mull over my encounter, and to extract its juice, its essence, to understand what has really happened to me as a consequence of it.” 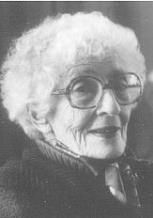 May Sarton’s family fled from her Belgian homeland when the Germans invaded in 1914, first to Britain, and then on to America, where her father, who was a chemist, worked at Harvard, and got a grant from the Carnegie Foundation. He became one of the first historians of science.

Sarton won a scholarship to Vassar, but disappointed her scholarly father by becoming an apprentice at the Civic Repertory Theatre, founded by the legendary actress Eva Le Gallienne. Later, Sarton founded her own company, the Associated Actors Theatre, but it failed in 1935, so she exited from the stage to concentrate on her writing, earning her living from it and from teaching others about writing.

In some odd way, I’ve felt that our wandering life paths touched many of the same places, but we were traveling in opposite directions. May Sarton started in civilization, passed through the theatre into writing, and then went off to village living in New Hampshire, and finally still farther out into an isolated house at the end of a long dirt road on the Maine coast. I started in the desert, moved into town, then into city, passed through theatre into the civilized battleground of non-profit management and fundraising, and now I’m writing in a small room but in a densely packed edge-of-urban neighborhood, and not for a living but because I can.

She was the consummate Writer, full of honors by the time old age crippled her. I am still trying to find the chart for my course, as my brain races against the aging of my bones.

These days
Lifting myself up
Like a heavy weight,
Old camel getting to her knees,
I think of my mother
And the inexhaustible flame
That kept her alive
Until she died.

Mother, be with me.
Today on your birthday
I am older than you were
When you died
Thirty-five years ago.
Thinking of you
The old camel gets to her knees,
Stands up,
Moves forward slowly
Into the new day.

If you taught me one thing
It was never to fail life.

Thank you for reading this week’s Word Cloud.  Visitors and comments are welcome.

Nona Blyth Cloud has lived and worked in the Los Angeles area for the past 50 years, spending much of that time commuting on the 405 Freeway. After Hollywood failed to appreciate her genius for acting and directing, she began a second career managing non-profits, from which she has retired. Nona has now resumed writing whatever comes into her head, instead of reports and pleas for funding. She lives in a small house overrun by books with her wonderful husband.
View all posts by wordcloud9 →
This entry was posted in Poetry, Word Cloud and tagged Arizona, Henry David Thoreau, Journal of a Solitude, Maine, May Sarton, Reflection, Writing. Bookmark the permalink.