While tarp boy LaVoy announced that the Bundy gang will reveal their “exit Plan” on Friday at 7pm at a venue yet to be determined although the Burns, Oregon National Guard Armory would provide that ironic Harper’s Ferry touch, the armed militants continue to hold the Wildlife Refuge and have liberated grazing land to encourage Fluffy Unicorns to run as free as French Vanilla Creamer.

The announcement comes a day after the militants destroyed a public fence at the refuge and county residents demanded at a community meeting that Bundy and his group leave.

The first of many anticipated takeovers of federal facilities by the Bundystan Insurgent Fluffy Unicorns (BIFU) in the Bantustan enclave occured near Burns Oregon as the Malheur Wildlife Refuge was taken over by a clan led by Cliven Bundy’s offspring who surprisingly have had in-and-out privileges to go into the town for snacks. Unfortunately since most local residents do not support their actions their takeover seems like an invasion. And yet in a satire of “frontier justice” the lawlessness of the insurgency comes with its own judiciary:

A self-proclaimed “U.S. Superior Court judge” who has been involved in past property rights protests in other states arrived Tuesday in Burns with plans to convene an extra-legal “citizens grand jury” that he said will review evidence that public officials may have committed crimes. Bruce Doucette, a 54-year-old owner of a computer design and repair shop in suburban Denver, told The Oregonian/OregonLive, that he made the trip at the request of Harney County residents. He said he met with the armed occupiers of the Malheur National Wildlife Refuge to hear their evidence, which he called “significant,” that government officials have committed crimes.

Little persons are expected to join and enhance the diversity of the insurgency as references to WeethePeople are numerous. Fortunately the Feds do have a handle on the whole operation and regardless of the seeming tolerance of BIFU activities including their liberating of 80 acres of grazing land yesterday, the FBI probably has a good eye on the situation.

They could be dismissed as a nuisance, a loose network of individuals living in the United States who call themselves “sovereign citizens” and believe that federal, state, and local governments operate illegally. Some of their actions, although quirky, are not crimes. The offenses they do commit seem minor, including regularly false license plates, driver’s licenses, and even currency…

The sovereign-citizen threat likely will grow as the nationwide movement is fueled by the Internet, the economic downturn, and seminars held across the country that spread their ideology and show people how they can tap into funds and eliminate debt through fraudulent methods. As sovereign citizens’ numbers grow, so do the chances of contact with law enforcement and, thus, the risks that incidents will end in violence. Law enforcement and judicial officials must understand the sovereign-citizen movement, be able to identify indicators, and know how to protect themselves from the group’s threatening tactics. 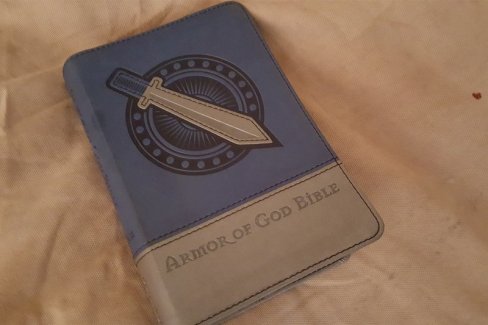 picture from Ammon’s bed, in the Refuge where the “cupboards burst with crackers” and sex toys arrived two days ago

More interestingly, the central text for the Bundystani insurgency is something called the Armor of God Bible. Like the Anarchist’s Cookbook, a manual cribbed tactically from a variety of other guerilla and military texts and often used to rationalize anti-terror raids on the left, their Sovereign Citizen’s Handbook reads like libertarian DIY with selective inerrent interpretation sans POC, so if you don’t agree with the interpretation, then you’re a tool of the politically correct state. 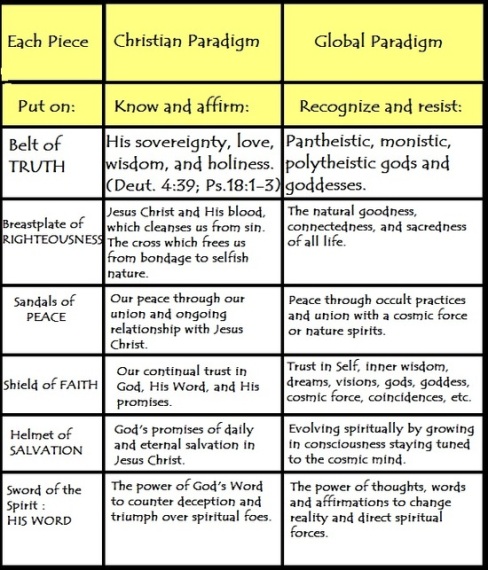 Some of the guards are provided by a militia group called the Three Percenters. They take their name from the idea that only 3 percent of American colonists fought in the Revolutionary War and it would only take the same slice of America to liberate it from its federal oppressors today. The militiamen patrol the perimeters and even drive through the closest major town, Burns, 30 miles away.

Brandon Curtiss, president of the Idaho Three Percenters, said they’re here to “make sure this doesn’t turn into a Waco situation, but we’re also here to make sure that extremist elements, people who really do want to start trouble, don’t come in.”

The occupiers are resupplied by locals friendly to the cause. Cupboards burst with jerky, trail mix, crackers…Someone found the keys to the wildlife refuge’s trucks, although only trusted people get the keys. “This belongs to We the People,” you hear over and over. Militia members and supportive locals have already renamed the national wildlife refuge as the “Harney County Resource Center.”

We’re all familiar with the Christian, Islamic, conservative fundamentalism of the so-called Right. Political correctness is the mind numbing, guilt-oriented, intellectual fundamentalism of the Left, liberal, socialist, and communist global elite, intent on destroying free thought, independent inquiry and true consensus-building. Both are presently irrelevant in the pursuit of truth and the restoration of your sovereignty. Be watchful of those who would encourage you to betray your friends, family and neighbors on behalf of the government. Beware of D.A.R.E. programs, Neighborhood Watch and other police-oriented community programs co-opted to pry into your privacy..

We the People must remember who we really are otherwise Americans will wake up homeless in the land of their forefathers as Thomas Jefferson had warned. Sovereignty in America today has been severely compromised. Sovereignty is the primary issue of our time. In the united states of America lives a great sovereign American Citizen who established a republican form of government by the people and for the people, that was a model for constitutional governments around the world. Our republican form of government was based on the sovereignty of the individual not of Kings, Queens or the Pope. This sovereign American Citizen, now an impaired U.S. citizen, has had their rights, property and country taken through the political, economic and legal occupation of a foreign power, in a manner similar to the ways the British occupied the colonies and the early Americans stole the land and destroyed the cultures of the indigenous North American people

7 Responses to Fluffy Unicornists prepared to announce their withdrawal plan: “Honor without Prosecution”