In the case of one of the SF 49er quarterbacks, the negative reaction to his personal act of sitting during the playing of the national anthem has been sadly opportunistic and disproportionate even as the scale of the documenting medium has amplified the media reaction.

Sitting or not standing is not disruption just as not singing the national anthem or putting one’s hand over one’s heart is not blasphemous and certainly is not about disrespect for anyone as it could be a comment on the viability of the representation which is symbolic and open to multiple reasons rather than an iconic and visceral meaning. Kaepernick has subsequently been quite clear about his reasons; those who condemn/condone them should examine their own motivations.

That some do take it as disrespect is as personal as the person who decided to perform the action, and while speech rights criticizing any action are protected, political correctness either applies to all “sides” or to no one at all, since not all meanings are guaranteed operative in any communicative action. Meaning only gets constituted in subsequent exchanges within discourse.

In a land of LIV reactionaries, the problem when one applies religious blasphemy rules to secular symbols creates a constitutional conflict over the protections for one’s right to dissent. Being able to dissent should be as important to being individually patriotic as fighting for the public right to dissent.

Political Correctness is often identified with a RWNJ criticism of a right to make racist, sexist, and other discriminatory hate speech against liberals, even if the producers of such speech step beyond conventional rules of civility.

The simplest example of how the norms have changed is how the seven words originally banned from broadcast television are now left unmodified on cable television programming.

The venue isn’t an actual church, even as we have learned to set aside Sundays (and now Mondays and Thursdays (and Saturdays)) for some sporting events that violate some (and not all) religious practices that do not have prohibitions which bear Burkini-level penalties.

Flags, thankfully never have the same value as religious icons, even as some institutions try to manufacture that consent. That Americans have the right to burn flags in protest always demonstrates the superiority of US democracy in protecting speech rights rather than enforcing religious blasphemy upon which other more theocratic nations could apply capital punishment.

Those who would condemn a personal act with symbolic violence an action that does not in itself promote violence should be more circumspect. 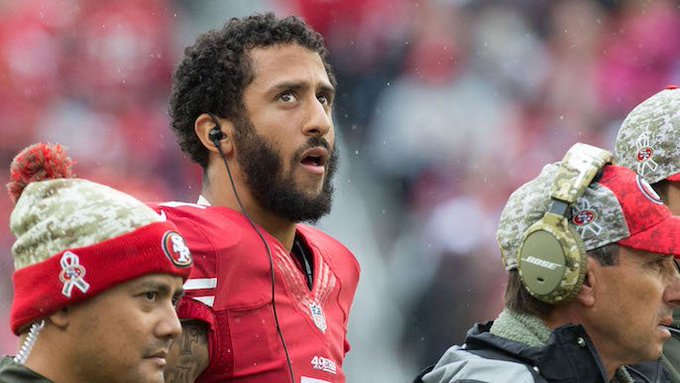 The situations can become more complicated when firearms among other elements are part of the situation defining what counts as public, political communication. It’s not a two-way street as much as it’s a dispute over rights-of-way in the public sphere.