750 – Battle of the Zab, on the banks of the Great Zab River in what is now Iraq is won by the Abbasid rebels against the Umayyad Caliphate, which is caused by wide-spread corruption among Umayyad-appointed governors, especially in the Caliphate’s outlying provinces. The Abbasids found a new dynasty, which lasts until the 13th century

1515 – Coronation of Francis I, the first French King from the Angoulême branch of the House of Valois

1579 – The Treaty of Utrecht is signed; marks beginning of the Dutch Republic

1759 – Robert “Rabbie” Burns born, the Bard of Scotland, poet and lyricist, whose birthday is celebrated throughout Scotland and by poetry lovers around the world with Burns Night * suppers and recitations since 1802  (see Word Cloud: BARD)

1858 – Mendelssohn’s “Wedding March” for Shakespeare’s Midsummer Night’s Dream, is popularized for weddings when played at the British Princess Royal’s wedding

1874 – W. Somerset Maugham is born, British author and playwright, Of Human Bondage, The Moon and Sixpence, The Razor’s Edge

1882 – Virginia Woolf born, leading English modernist author and feminist, To the Lighthouse, Mrs. Dalloway and A Room of One’s Own *

1909 – The Marguerite Bridge * named for the wife of the governor, a suspension bridge over the La Foa River opens

1924 – The first Winter Olympic Games open in Chamonix, in the French Alps

1942 – According to legend, Limerick chef Joe Sheridan came up with Irish Coffee * for cold and weary travelers at the local airport where he operated a restaurant 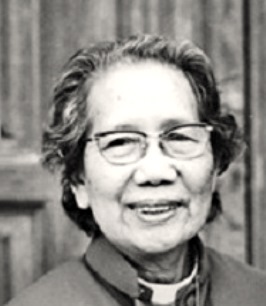 1949 – The first Emmy Awards are presented, at the Hollywood Athletic Club

1998 – During his historic visit to Cuba, Pope John Paul II demands political reforms and release of political prisoners while condemning US attempts to isolate the country

1999 – In Louisville KY, a man receives the first hand transplant in the United States

Nona Blyth Cloud has lived and worked in the Los Angeles area for the past 50 years, spending much of that time commuting on the 405 Freeway. After Hollywood failed to appreciate her genius for acting and directing, she began a second career managing non-profits, from which she has retired. Nona has now resumed writing whatever comes into her head, instead of reports and pleas for funding. She lives in a small house overrun by books with her wonderful husband.
View all posts by wordcloud9 →
This entry was posted in History, Holidays, On This Day and tagged Creedence Clearwater Revival, Florence Li Tim-Oi, Mary Martin, Mendelssohn’s “Wedding March”, Robert Burns, Virginia Woolf, W. Somerset Maugham. Bookmark the permalink.