1506 – The cornerstone of the current St. Peter’s Basilica in Vatican City is laid 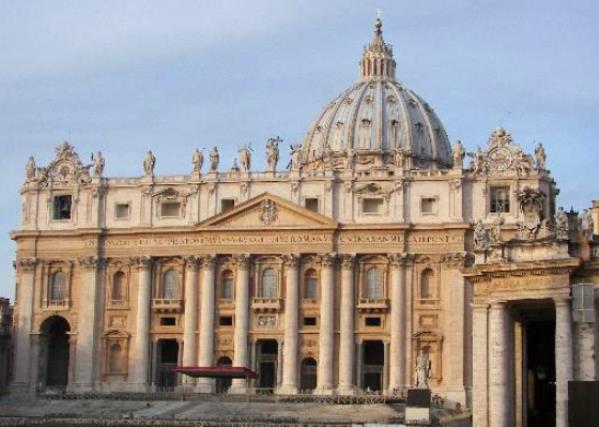 1521 – Day two of Martin Luther’s trial at the Diet of Worms; he refuses to recant his teachings in spite of risking excommunication 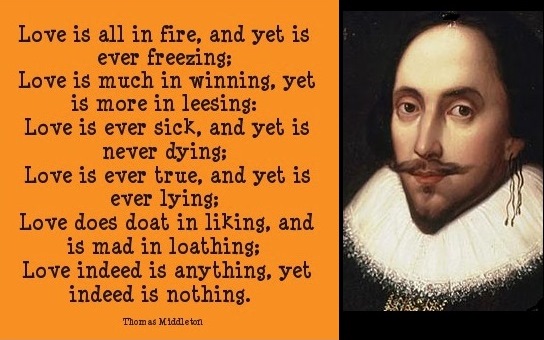 1689 – When news that James II of England had been deposed reaches Boston MA,they revolt against Governor General of New England Sir Edmund Andros, who had alienated Puritans by insisting on Anglican services being held in one of their churches for a year during the building of King’s Chapel; angered farmers by reinstating revenue laws they felt unfairly targeted them, and increased the import duty on alcohol. Officials of towns which resisted the revenue commissioners were arrested; Andros then sought to ban town meetings, other than a single annual meeting solely for the purpose of electing officials – instead of shutting down protest, it increased resistance, especially among those excluded by a charter requirement of Anglican church membership in order to vote, even though they were just as liable for paying taxes. He declared all land titles in Massachusetts issued under the original colonial charter as void, requiring landowners to pay fees and additional taxes to recertify their ownership – though he was acting on authority given him by the British government, with instructions to bring colonial law into alignment with British law, he was seen as acting against British traditions established under the Magna Carta After holding him prisoner for months, the colonials put him on a ship bound to England

1775 – Paul Revere begins his ride from Charlestown to Lexington MA, warning American colonists that the British are coming

1813 – James McCune Smith born, American physician, apothecary, abolitionist who worked with Frederick Douglass, and author; first African American to hold a medical degree; graduated at the top in his class from the University of Glasgow; first African American to run a pharmacy in the U.S.; a practicing doctor for 20 years at New York’s Colored Orphan Asylum, elected as a member of the New York Statistics Society and the American Geographic Society,  but never admitted to the American Medical Association or local medical associations

1831 – The University of Alabama opens in Tuscaloosa, Alabama; eleven years after the General Assembly of Alabama authorized a “seminary of learning” and appointed a Board of Trustees

1882 – The St. Andrews Ambulance Association is formed, Scotland’s first and only ambulance service until the reorganization of the National Health Service in 1974

1889 – Jessie Street born, Australian feminist and human rights activist, initiator of the “Aboriginal” amendment of the Australian Constitution; The Jessie Street National Women’s Library is a unique specialist library dedicated to the preservation of Australian women’s work, words and history, established in 1989, it is named for the lifelong campaigner for women’s rights, the peace movement and the elimination of discrimination against Aboriginal people

1906 – The San Francisco earthquake hits at 5:12 a.m., collapsing buildings and starting fires which destroy most of the city; over 3,000 people are killed

1915 – Joy Davidman born, American author and poet; Smoke on the Mountain: An Interpretation of the Ten Commandments; her marriage to C.S. Lewis inspired the play and film Shadowlands

1942 – In the WWII Doolittle Raid on Japan, Tokyo, Yokohama, Kobe and Nagoya are bombed, the first U.S. air strike directly on Japan

1942 – Pierre Laval becomes Prime Minister of the Vichy government of France; after WWII he is tried and executed for treason

1945 – Ernie Pyle, Pulitzer Prize-winning journalist and war correspondent, is killed by WWII Japanese sniper fire on Okinawa – National Columnists’ Day * is founded in his honor on the date of his death by the National Society of Newspaper Columnists, which organized in 1977 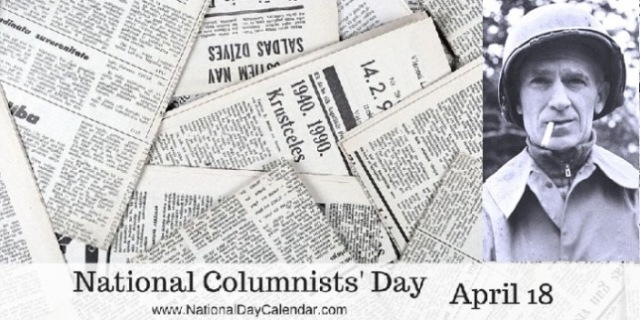 1946 – International Court of Justice holds its first meeting in The Hague, Netherlands

1949 – The Irish Republic is proclaimed

1965 – American contralto Marian Anderson ends her 54-city farewell tour with a concert at Carnegie Hall – her first tour stop had been Constitution Hall, where the Daughters of the American Revolution had refused to allow her to sing in 1939 because of her race – she gave a concert on the steps of the Lincoln Memorial instead

1978 – The U.S. Senate approves the Panama Canal Treaty, providing for the complete turnover of control of the waterway to Panama on the last day of 1999

1980 – Rhodesia becomes the Republic of Zimbabwe

1982 – World Heritage Day * is launched at the International Council of Monuments and Sites (ICOMOS) symposium in Tunisia, and approved by UNESCO since 1983

1983 – A suicide bomber in Lebanon destroys the U. S. embassy in Beirut, killing 63 people, after the U.S. and other Western nations intervene in the Lebanese Civil War. Secretary of State George P. Schultz is not called before Congress to defend himself against any charges of culpability or wrongdoing

1989 – Thousands of Chinese students take to the streets in Beijing to protest government policies, calling for greater democracy in the People’s Republic of China

1996 – In Lebanon, at least 106 civilians are killed when the Israel Defense Forces shell the UN compound at Quana where more than 800 civilians had taken refuge.

2007 – U.S. Supreme Court rules 5-4 to uphold a federal ban on the so-called “partial-birth abortion” a misnomer invented by anti-abortionists; a term which has been rejected by the American Congress of Obstetricians and Gynecologists 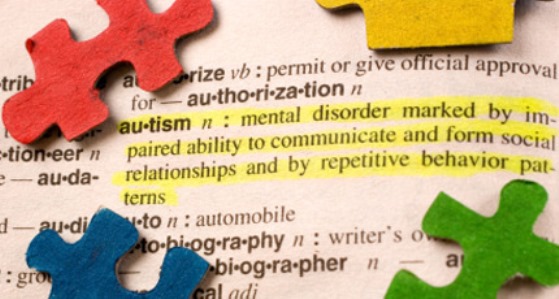 2011 – Standard & Poor’s lowers its long-term outlook for the U.S. government’s fiscal health from “stable” to “negative”

Nona Blyth Cloud has lived and worked in the Los Angeles area for the past 50 years, spending much of that time commuting on the 405 Freeway. After Hollywood failed to appreciate her genius for acting and directing, she began a second career managing non-profits, from which she has retired. Nona has now resumed writing whatever comes into her head, instead of reports and pleas for funding. She lives in a small house overrun by books with her wonderful husband.
View all posts by wordcloud9 →
This entry was posted in History, Holidays, On This Day and tagged “Gatemouth” Brown, Clarence Darrow, James McCune Smith, Jessie Street, Joan d'Arc, Max Weber, Thomas Middleton. Bookmark the permalink.