…teleports behind you … ‘Nothing personal, kid’.

Trump: This is infinity here. It could be infinity. We really don’t know. But it could be.

This White House occupant tweets out his MAGA theme song. He doesn’t even honor the national anthem on our nation’s birthday. #TraitorTrump 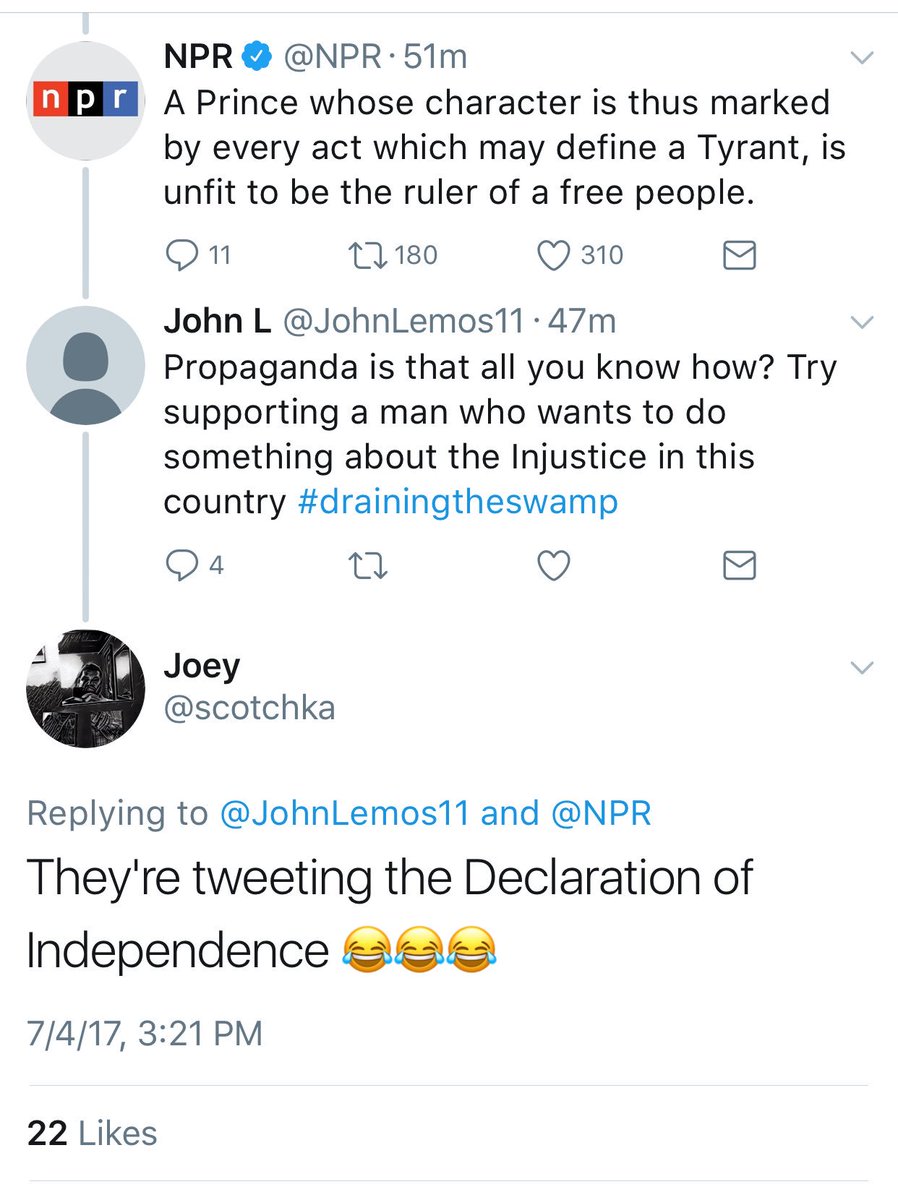 Last night on Twitter, along with urging various nations in Northeast Asia to go to war with North Korea, President Trump retweeted a gushing tweet from someone named Jacob Wohl, a name I hadn’t heard before. A quick look at his twitter profile shows Wohl presents himself as a financial management wunderkind and epic Trump supporter. He’s already a mini-star in conservative media and no doubt about to grow in such stardom with a retweet from the President. (It’s worth wondering, how did Trump find Wohl.) He also appears to be a veritable mini-Trump, racking up a reputation for defrauded investors, various boffo shenanigans and a batch of regulators on his trail.

From looking at Wohl’s site and various interviews, it’s really not clear to me that Wohl runs a ‘hedge fund’ in any sense that most financial professionals understand the term. Perhaps there’s a fund he’s not discussing. But it seems more like taking money on account, investing it on behalf of clients and, as we’ll see, often refusing to give it back.

This entry was posted in 2016 Election, History, Humor, Media, Uncategorized. Bookmark the permalink.