Pilot Fish and Zombies: G20 and why Trumpian Mad Cows have eaten our brains 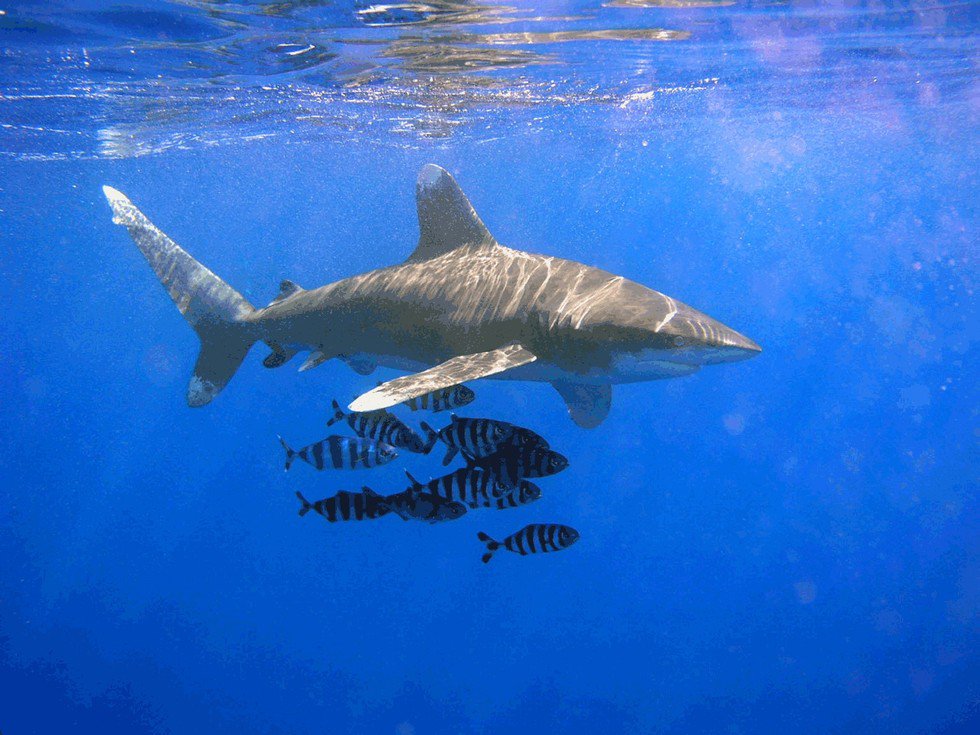 The pilot fish is sometimes used as a metaphor or simile; “they are like the pilot fish to the shark, serving to lead him to his victim”.

Pilot fish are also used as a metaphor or simile for scavengers or looters which accompany a greater threat. They are also like zombies, feeding on the parasitic leavings of a malevolent predatory force.

Trump is an extremist who is however unwittingly willing to serve his own and dangerous masters’ self-interests. On this trip, our national beta revealed himself to be subordinate and weak while vainly trying to damage control his position at home as #TrumpRussia continues. Worse is his inability to bond authentically with anyone in the G20 now that he is seen to be damaged goods.

What the shark’s eye tells the jackal’s brain

His lawyers have needed pilot fish and in the style of mentor Roy Cohn, Trump has shown himself to be a caricature of that exercise in power, recall his loyalty(sic) when Cohn contracted AIDS.

Trump’s the pilot fish, since he’s a crappy capitalist, feeding off the lawfare of the modern administrative state and its predatory love affair with neoliberal capitalism. It’s why he’s such a chump for Russians and money laundering, and now as POTUS, his shark of the moment is the GOP’s lawyers and its RW brethren. Trump doesn’t get eaten because he does serve a purpose for the sharks.

”Pilot fish are part of one of nature’s most fascinating mutualistic relationships, guarding themselves from threats by tagging alongside sharks.” And then they get called out for the rent-seeking scavengers that they are:

Holy smokes. Australian journalist provides one of the most brutal takedowns of Trump I’ve heard in a while. Ã°ÂÂÂÃ°ÂÂÂ½ pic.twitter.com/MPoDJXATlM

They have nothing of harm to dread,

But liquidly glide on his ghastly flank

Or before his Gorgonian head;

Or lurk in the port of serrated teeth

And there find a haven when peril ‘s abroad,

Like any good pilot fish, Trump keeps the legal system parasite-free, much like RW attacks on the welfare state, however misdirected like Woody Allen’s views on relationships.

These observations have led to the pilot fish’s distinctive markings being copied for decals supplied as shark protection for surfboards.[28]

Trump is also a Mad Cow,  wandering around the G20, deciding to cannibalize the remaining integrity of the US by suggesting that the parties who destabiilzed the US election help to protect it. Trump exemplifies the Austrian economics failure of privileging an anti-social individualism that promotes conflict and war.

His hope seemed to be that it would distract from all those other #TrumpRussia issues as well as flank his failed attempt at using the Syria war as the pretext for his joint Nobel Peace Prize.

This is treason. He must have known that the only way Russia would get such information was by spying.https://t.co/MSwr3DsbHs

Trump Jr. said the meeting was set up by “an acquaintance I knew from the 2013 Miss Universe pageant.” The Washington Post revealed that acquaintance was music publicist Rob Goldstone.

Goldstone, in turn, told the Post that “he had arranged the meeting at request of a Russian client.” He refused to disclose the name of the client, but Goldstone is the manager for a Russian pop singer named Emin Agalarov.

Agalarov’s father, billionaire developer Aras, sponsored the 2013 Miss Universe pageant. They’ve both been quite public about their ongoing relationship with Donald Trump and Donald Trump Jr.

In March, Emin told Forbes that “he has maintained contact with the Trump family since the election, and has exchanged messages with Donald Trump Jr. as recently as January; and that President Trump himself sent a handwritten note to the Agalarovs in November.”

He also said that “he and his billionaire developer father, Aras, had plans to build a Trump Tower in Russia that would now likely be under construction had Trump not run for office.” Emin said his family had “signed a letter of intent with their counterparts in New York” to begin work on the tower, but plans were shelved after Trump announced his candidacy.

“Now that he ran and was elected, he does not forget his friends,” Emin Agalarov told Forbes. His claim of friendship is buttressed by a video that Trump sent him in 2014 to celebrate his 35th birthday. “You are a winner. You’re a champ. You are great at real estate and boy can you entertain,” Trump says.

The music video that connects President Trump to his sonÃ¢ÂÂs meeting with a Kremlin-backed lawyer https://t.co/YUD38YKxuz

After the New York Times reported that Donald Trump Jr. had met with a Kremlin representative during the election on the promise of getting dirt on Hillary Clinton, it took all of a few hours for him to publicly confess to it. Part of that was likely due to the fact that no less than five White House advisers had already confirmed to the Times that the story was true, leaving him little point in denying it.

Amazing how many on-the-record, on-camera total falsehoods have come out of Pence’s mouth. https://t.co/PeJmuJSupR

“Zombies in these films are read as figures in a parable about whiteness and death-dealing consumption. This essay suggests that the messianic mood surrounding the presidential candidacy of Barack Obama was consistent with a pattern in zombie films since the 1960s where many zombie-killing heroes are figured as black American males. Zombies are used in both ethnographic and film contexts to think through the conditions of embodiment, the boundaries between life and death, repression and freedom, and the racialized ways in which humans consume other humans.”

This is a strange marriage. (of post-communist capitalism with Austrian economics)

Neoclassical thinking is concerned with general equilibrium and starts from the premise of an optimum, actually just as central planners did. Allocation of the factors of production then becomes a technical operation.

Austrians reject the notion of such an optimum. To define and then to achieve an optimum would always require the use of force and would restrict freedom. In Austrian thinking, the market is an institution that allows individuals to engage in transactions, which they will do if it benefits them.

For Glinavos, the combination of the two economic traditions allows for a perception of the state as rapacious and as in opposition to market; it is an organization catering to self-interested politicians and bureaucrats acting in order to benefit various client groups (p.19).

However, the discussion of the state as an organization of self-interested politicians and bureaucrats can be well discussed within the framework of neoclassical thinking. These individuals are merely optimizing their individual utility functions, which subsequently obstructs the social optimum. Bureaucracies simply are inefficient; there is no need for Austrian thinking in this approach.

Neoliberal thinking—with its focus on the protection of private property rights and the ensurance of contractual obligation as the most important role for law—matches this restricted substantive Hayekian meaning very well.

First, he points out that concept of the rule of law is overused and ideologically abused and, therefore, has lost meaning. The ideological abuse pertains to the perception that law is an objective system to resolve disputes and is without distributional elements, which contrasts to the ad hoc decision making power of politicians.

However, law creates ‘rights-obligations structures’, and thus law creation is an inherently political process; creating a legitimate legal system, therefore, necessitates political credentials (p.157). He further points out that in societies with widespread poverty and extreme inequalities of wealth, redistribution may well be a desirable part of a reform program that aspires to acceptance and legitimacy.

Second, with respect to institutional reforms, the author builds on the work of another Nobel laureate, Douglas North, as one of the founders of the new institutional economics to point to the extension of formal rules (laws, constitutions, rules) to informal constraints (conventions, codes of conduct, norms of behavior) and effective enforcement to argue that institutions matter for development (p.111). media.leidenuniv.nl/…

Trump exhibits the classic failure of Austrian individualism defeated by neoliberal institutionalist capitalism: He got pwned.

It doesn’t matter. Attempted theft of a presidential election in collusion w/ Putin is a serious felony and a high crime against the state https://t.co/WEwqreBm5Z

1 Response to Pilot Fish and Zombies: G20 and why Trumpian Mad Cows have eaten our brains