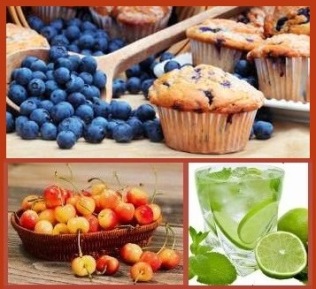 Cheer up the Lonely Day

Belgium – Celebration of the Golden Spurs *

472 – After being besieged in Rome by his own generals, Western Roman Emperor Anthemius is captured in St. Peter’s Basilica and put to death by Flavius Ricmer, his Romanized Germanic general

1851 – Millie and Christine McCoy born, American conjoined twins, born into slavery in North Carolina; after the Civil War, the twins received an education, learning five languages, dancing and music; they had a successful career as “The Two-Headed Nightingale” with the Barnum Circus until their deaths.

1906 – Grace Mae Brown, a worker in the factory of the Gillette Skirt Company in Cortland NY, becomes pregnant during an affair with the owner’s nephew, Chester Gillette. He takes her to Big Moose Lake in the Adirondacks, registers at the hotel under a false name, takes her out on the lake in a rowboat, then strikes her on the head so she falls out of the boat and drowns. His trial and conviction attract national attention, inspiring  Theodore Dreiser write An American Tragedy, in which he uses some direct quotes from Grace Brown’s love letters

1922 – The Hollywood Bowl opens in Los Angeles; the original structure is a wooden stage with a removable canvas cover

1938 – Laurel Thatcher Ulrich, American historian, author of  A Midwife’s Tale: The Life of Martha Ballard based on her diary, 1785–1812 and Well-Behaved Women Seldom Make History

1947 – The SS  Exodus 1947 enroute to Palestine from France, carrying mostly holocaust survivors without immigration certifications, is seized by the British Royal Navy, and its passengers deported back to Europe; of the thousands of Jews from ‘displaced persons’ camps in Europe who attempted to reach Palestine, 50,000 ended up in British camps in Cyprus, Mauritius , or a detention camp in Palestine, 16,000 drowned at sea, and a few thousand actually reached Palestine undetected

1960 – Harper Lee’s To Kill a Mockingbird is published

1969 – David Bowie releases his “Space Oddity” single in the UK

2014 – The UN Security Council calls for a special meeting to discuss the current Israel–Palestinian conflict; Israel continues its attacks on Gaza

Nona Blyth Cloud has lived and worked in the Los Angeles area for the past 50 years, spending much of that time commuting on the 405 Freeway. After Hollywood failed to appreciate her genius for acting and directing, she began a second career managing non-profits, from which she has retired. Nona has now resumed writing whatever comes into her head, instead of reports and pleas for funding. She lives in a small house overrun by books with her wonderful husband.
View all posts by wordcloud9 →
This entry was posted in History, Holidays, On This Day and tagged Alexander Hamilton, Antônio Carlos Gomes, David Bowie, E.B. White, Harper Lee, Laurel Thatcher Ulrich, Millie and Christine McCoy. Bookmark the permalink.
Loading Comments...
%d bloggers like this: