U.N. International Day of the Disappeared *

526 – Theoderic the Great, King of the Ostrogoths and ruler of Italy, dies; his daughter Amalasuntha takes power as regent for her 10-year-old son Athalaric. When her son dies in 534, she briefly becomes Queen, choosing her cousin Theidaha as co-ruler, but is assassinated with at the least his permission, giving Byzantine Emperor Justinian I an excuse to send his general Belisarius on an invasion of  Italy

1096 – Pope Urban II bans use of the crossbow, on pain of excommunication, against fellow Christians; still allowed for use against non-believers, heretics and heathens

1821 – Anita Garibaldi born, Brazilian comrade-in-arms and wife of Italian nationalist Giuseppe Garibaldi after his arrival is Brazil. A skilled horsewoman – while pregnant, she escapes after being captured by enemies during the Battle of Curitibanos by stealing a horse; when it is shot out from under her, she wades into the river Canoas. Her pursuers assume she will drown, and leave her for dead. She survives for four days without food or water before finding help, and reunites with Garibaldi; a few months later she gives birth their son

1901 – John Gunther born, American journalist; author of Inside Europe, Inside U.S.A., and Death Be Not Proud 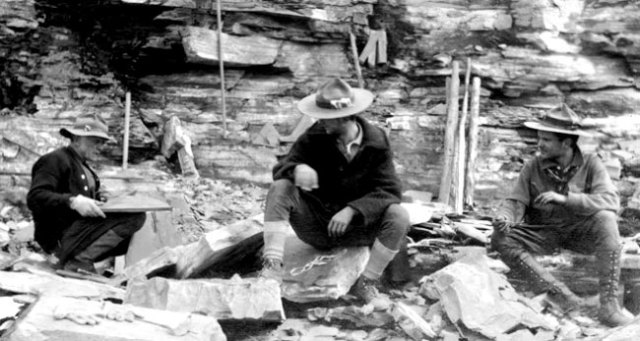 Charles, Sidney and Stuart Walcott working at the Burgess Shale

1912 – Nancy Wake born in New Zealand, British agent during WWII, a Special Operations Executive member who became a leading figure in the French Resistance; one of the Allies most decorated servicewomen of the war, by 1943 she was the Gestapo’s most wanted person with a 5 million franc price on her head

1918 – Fanni Kaplan shoots and seriously injures Bolshevik leader Vladimir Lenin; she refuses to implicate anyone else, insisting she acted alone

1928 – Independence of India League is established

1935 – Sylvia Earle born, oceanographer, pioneer in use of SCUBA gear, first woman to serve as chief scientist at NOAA, co-designer and builder of a submersible craft, the first to reach 3,000 foot depths, author Atlas of the Ocean: The Deep Frontier

1941 – The WWII Nazi Siege of Leningrad begins, which will last nearly 2 ½ years

1945 – WWII; Hong Kong is liberated from the Japanese by British Armed Forces

1963 – The “Hotline” between Moscow and Washington goes into operation

1974 – The first cooperative U.S. and Netherlands scientific satellite is launched from Vandenburg Air Force Base in California

1983 – Guion S. Bluford Jr. is the first African-American astronaut in space aboard the Challlenger space shuttle

1984 – Space shuttle Discovery lifts off for first voyage, deploys three communications satellites, with Judith A. Resnik aboard, who becomes the second U.S. woman in space 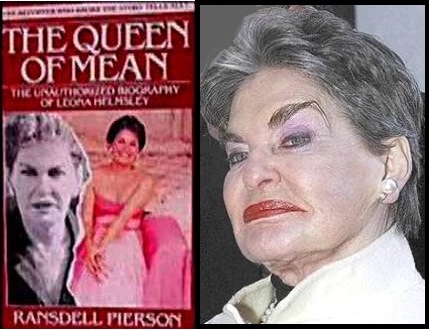 2010 – U.N. resolution establishes August 30 as International Day of the Disappeared * 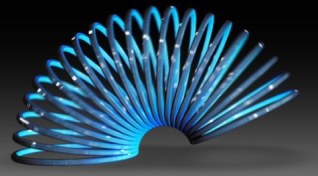 Nona Blyth Cloud has lived and worked in the Los Angeles area for the past 50 years, spending much of that time commuting on the 405 Freeway. After Hollywood failed to appreciate her genius for acting and directing, she began a second career managing non-profits, from which she has retired. Nona has now resumed writing whatever comes into her head, instead of reports and pleas for funding. She lives in a small house overrun by books with her wonderful husband.
View all posts by wordcloud9 →
This entry was posted in History, Holidays, On This Day and tagged Barbara Ansell, Bob Dylan, Charles Doolittle Walcott, John Gunther, Mary Wollstonecraft Shelley, Sylvia Earle, Thurgood Marshall. Bookmark the permalink.
Loading Comments...
%d bloggers like this: