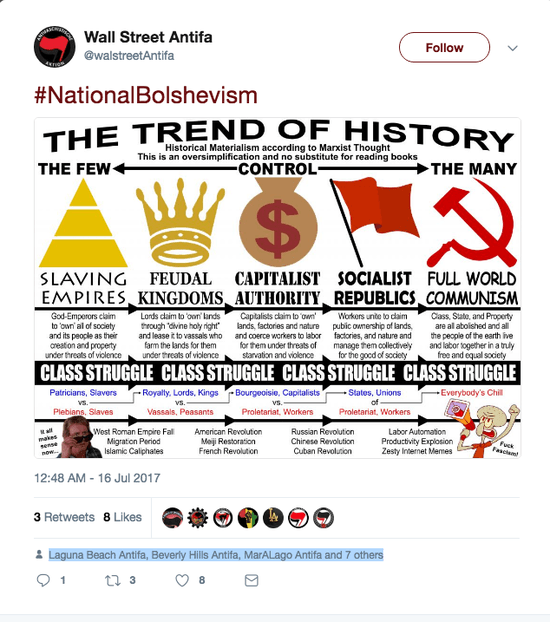 Coordination of a resistance must include being aware of how counter-resistance forces can manipulate and divide us, particularly in social media.

America’s Number One Russophile, Lord Dampnut, has made us acutely aware of how clumsy such misdirection can be deployed.

The current disinformation crisis even allows us some reflection on the historical role of COINTELPRO in disrupting protest groups.

How Russian & Alt-Right Twitter Accounts Worked Together to Skew the Narrative About Berkeley | #IntelGroup https://t.co/ivTvEoV6Ts

Social media has an important role in shaping perceptions of current events, as well as influencing mainstream news coverage of those events. Platforms like Twitter provide real-time access to events going on around the world, allowing anyone to get a front-row seat for breaking news. But as much as it has opened up new channels of information, social media has also opened up new avenues for manipulating perceptions of reality. Misinformation and disinformation often spread faster than the truth, and by the time the narrative is corrected, social media has already moved on to the next “big thing.”

Check out who, other than bots and Russia was making #Antifa trend. Assange, Stone, Farage and Alan Dershowitz pic.twitter.com/bQRFf9229t

Unlike the incredibly dopey book Liberal Fascism by Jonah Goldberg, Liberals can condone the fascistic … even as they must be by definition, anti-fascists. Yet because we do want to not take the law into our own hands, we are acutely aware of the fictions that suggest we do it without consequence.

One reason the Jonah Goldbergs of the world have such trouble telling their right from their left is that they expect some morphological feature of the State to answer the question for them.

Well-meaning liberals, who want tidy, peaceful protest marches, don’t want to remember that in order to make an announcement about not taking the brown acid, someone had to take that same acid.. and freak out.

Most of us do want to be able to protest peacefully, but you cannot concurrently ignore the existence of the state, even for that several-hour moment where one can exercise dissent in the public sphere en masse and perhaps influence a plural democracy to vote or at least influence its representatives to vote against inequality and inequity. 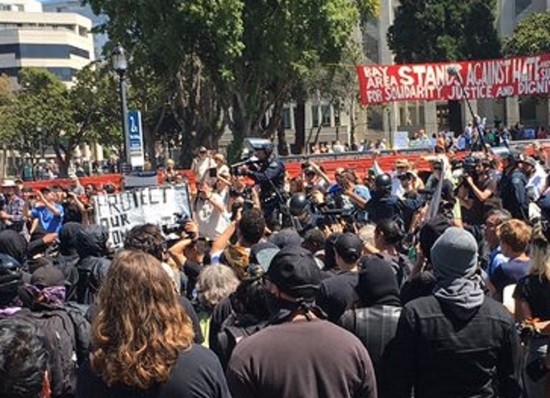 The most egregious example of liberals surrendering constitutional rights to the state is the zoning of free speech — self-kettling those compliant enough to restrict their protest to areas controllable by LEOs, or in the case of shopping malls, for-profit pseudo-cops.

Arresting masked people in the context of a demonstration makes sense, but that should remain secondary to actual acts of violence, lest you condone the continuing dominance of an unconstitutional surveillance state.

The moment of civil disobedience has as most activists recognize, that moment of commitment where laws by necessity come into conflict. What counts is still about civil order rather than disorder, where “serve and protect” as a rubric is never violated by LEOs.

And no comment on why DHS now has declared antiFA a domestic terror group without including a much greater number of RWNJ groups like forced-birth activist groups, some armed. 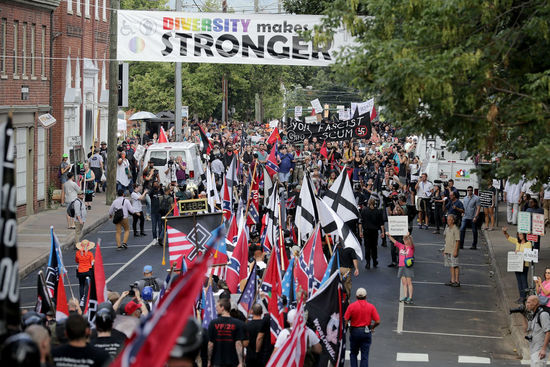 Violence at inherently non-violent permitted protests cannot be condoned, but as with Charlottesville, what happens when no one agrees with that tacit agreement about non-violence, and in fact tries to provoke violence, regardless of ideology.

Where feminists don’t want the state interfering with women’s bodies, they may OTOH want the state to infringe on civil liberties in the name of some perfect, non-violent civil disobedience, without taking into account the legitimation that provides for police abuse of human rights or in the case of Charlottesville, police negligence.

We discovered that Nazis with permits, contrary to Trump’s view, remain Nazis. Or as below, a Grand Wizard of the KKK discharging a few handgun rounds with no immediate police response.

We are at a very different moment in history where everyone seems to be able to predict pre-emptive threats and thereby rationalize pre-emptive violence in self-defense and no one claims to be a Buddhist. Liberals are willing, in the last instance, to let LEOs make that call, which gets us back to cops who cover up their badge numbers in demonstrations, and because we have demanded body cams on all cops, why?

More interesting is how liberals have been getting played by RWNJs over antiFA. It is more about ideological issues than anything to do with violence, especially for those easily triggered.

Creating a fake antiFA is not random, it is part of a now dated strategy of tension, but still applied widely as active measures taken in 2016 that may have affected the election then and for the foreseeable future of elections, given the GOP willingness to allow their existence.

A good doc on how to ridicule Russian bots.

But fab makeup and wardrobe advice to Putin silence the bots. https://t.co/uoN3UlJHat 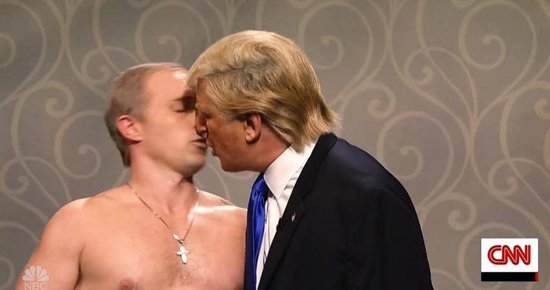 Ridicule costs nothing to deploy. It requires no expensive hardware or special procurement budget. As such, it has no pork-barrel political constituency in Congress and no career path in the armed forces. Because ridicule effectively costs nothing, it cannot be accounted for as a tool or weapon. The lawyers and accountants who increasingly dominate military thinking and action cannot “bean count” ridicule the way that they can easily account for spent munitions, wrecked vehicles and gear, dead and mutilated servicemen, and endless disability benefits. Military promotions tend to be for tangible, accountable time and actions, with occasional intangibles like gallantry and valor, not difficult-to-account-for innovations like ridicule that can weaken and destroy an enemy more effectively than kinetic, bean-countable force. So, we miss endless opportunities to take out our enemies and put our adversaries in their place
.

“It doesn’t seem like the fake antifa accounts are going away but hopefully the media will do more fact-checking before featuring fake antifa tweets in their articles, promoting their fake protests or interviewing fake antifa activists on national TV like Jesse Watters from Fox News.”

Proud Boys founder disavows violence at Charlottesville but one of its members organized the event https://t.co/KvpaBdSr4i