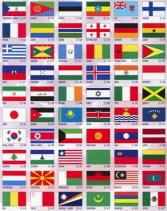 710 – The Saracens from North Africa increase their harassment of the southern coastal cities of Sardinia, causing several long-inhabited towns to be abandoned for greater safety, the people either moving inland or to the northern part of the island

1275 – Traditional date of the founding of the city of Amsterdam in the Low Countries – it was granted city rights, including the right to build defensive walls, to hold markets, and receive the income from them, the right to charge tolls, to mint coins, to levy taxes, and to create an official weighing system for cargo, farm products and trade goods. City citizens were not subject to a liege lord or restricted in travel – an old Dutch saying: “Stadslucht maakt vrij” which translates ‘City air makes free’ reflects these rights 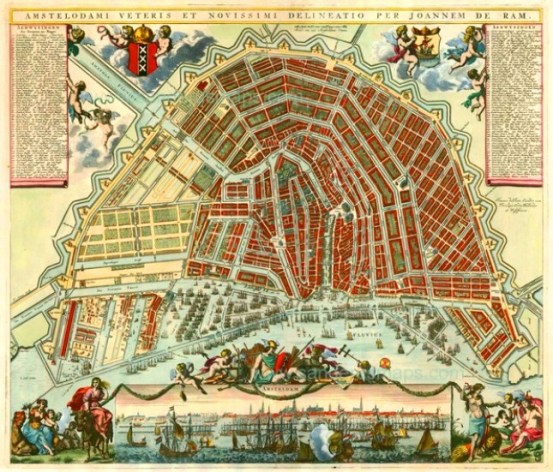 Map of Amsterdam circa 1700

1553 – Spanish polymath (physician, scientist, mathematician, theologian and cartographer among many avocations) Michael Servetus is tried in Geneva and burnt at the stake with his books for heresy on 40 different charges, but primarily because he denied the Trinity and was against infant baptism. Although Servetus was condemned by the Geneva Council of 25, the main evidence against him was provided by John Calvin and his followers.

1561 – Mary Sidney born, English writer, patroness and translator, one of the few Englishwomen prior to the 19th century whose work achieved a major reputation; sister
of Philip Sidney

1682 – Philadelphia, PA is founded by William Penn, under royal charter granted by Charles II of England, after the land had by turns been claimed the Dutch, Swedes and Finns, and the English – Penn did make a treaty, which included some payment for the land,  with the Lenape at Shackamaxon, under an elm tree

1744 – Mary Moser born, English painter and academic; she and Angelica Kauffman are only female founding members of the Royal Academy; noted for flower paintings

Vase of Flowers by Mary Moser

1765 – Nancy Storace born, English operatic soprano, the role of Susanna in Mozart’s Le nozze di Figaro was written for and first performed by her

1787 – The first Federalist Papers are published in the New York Independent. The series of 85 essays, written by Alexander Hamilton, James Madison and John Jay, were published under the pen name “Publius”

1795 – The U.S. and Spain sign the Treaty of  Madrid, establishing boundaries between Spanish colonies and the U.S.

1838 – In the aftermath of the Battle of Crooked River in the “Missouri Mormon War” in NW Missouri, Missouri governor Lilburn Boggs issues Extermination Order 44, which orders all Mormons to leave the state or be exterminated. Joseph Smith’s followers moved to Missouri because their prophet had told them: “If ye are faithful, ye shall assemble yourselves together to rejoice upon the land of Missouri, which is the land of your inheritance, which is now the land of your enemies.”

1908 – Lee Krasner born, American abstract expressionist painter; although overshadowed by her husband, Jackson Pollack, she is one of only four women artists to have a retrospective show at the Museum of Modern Art 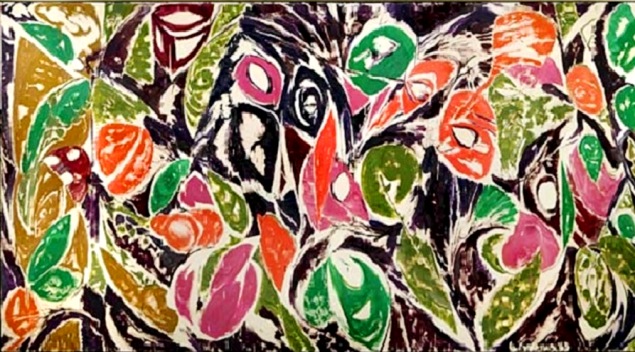 1913 – Joe Medicine Crow, American anthropologist, historian, and author; authority of the Battle of the Little Big Horn; recipient of the Presidential Medal of Freedom in 2009

1922 – The Navy League of the United States organizes the first Navy Day *  – October 27 was chosen because it is the birthday of President Theodore Roosevelt, who had been an Assistant Secretary of the Navy and supported a strong Navy. It’s also the anniversary of a 1775 report issued by a Continental Congress special committee favoring the purchase of merchant ships as the foundation of an American Navy

1922 –Ruby Dee born, American actress, poet, playwright, and civil rights activist; the first to portray the character of Ruth in A Raisin in the Sun, both on stage and in the 1961 film; Grammy, Emmy, and Obie winner

1924 – Uzbek becomes Soviet Uzbekistan, a republic of the Soviet Union

1925 – The first newsreel featuring sound is released in New York

1931 – Nawal El Saadawi born, Egyptian feminist, physician and author; founder and first president of the Arab Women’s Solidarity Association and co-founder of  Arab Association for Human Rights; her 1972 book, Woman and Sex (المرأة والجنس), which confronted aggression against women, including female circumcision, became a foundational text of second-wave feminism, especially in the Middle East and Africa; imprisoned for her controversial and “dangerous” views in 1981, but was released a month after Anwar Sadat’s assassination

1932 – Dolores Moore born, played in the infield for the Grand Rapids Chicks (1953-1954); her team won the All-American Girls Professional Baseball League Championship that year, the last season for the league

1936 – Neil Sheehan born, American journalist and author; his articles on the Pentagon Papers in the NY Times set off a political firestorm; his book A Bright Shining Lie won the Pulitzer Prize and the National Book Award

1939 – Suzy Covey born, scholar and musician who examined the intersections of comics, technology, and sound, working with computers in the early days of the internet

1939 – Maxine Hong Kingston born, American author whose novels and non-fiction works chronicle the experiences of Chinese Americans; noted for The Woman Warrior and China Men, which won the 1981 National Book Award for Nonfiction

1947 – You Bet Your Life, the radio show starring Grouch Marx, premieres on ABC-radio

1954 – Jan Duursema born, American comics artist who has worked for DC Comics, on Wonder Woman among other projects, and on publications for the Star Wars franchise

1955 – Deborah Bowen born, politician; California Secretary of State (2007-2015); California State Senator (D-28th District 1998-2006); campaigned for a transparency bill which makes all of California’s bill information available on the internet; as Secretary of State, commissioned a top-to-bottom review of California’s electronic voting systems, which revealed numerous weaknesses, for which she was awarded the Profile in Courage Award by the JFK Presidential Library

1967 – Father Philip Berrigan, founder of the Catholic Peace Fellowship, with the other ‘Baltimore Four’ occupy the Selective Service Board office and pour chicken blood mixed with their own blood over records to protest “the pitiful waste of American and Vietnamese blood in Indochina” 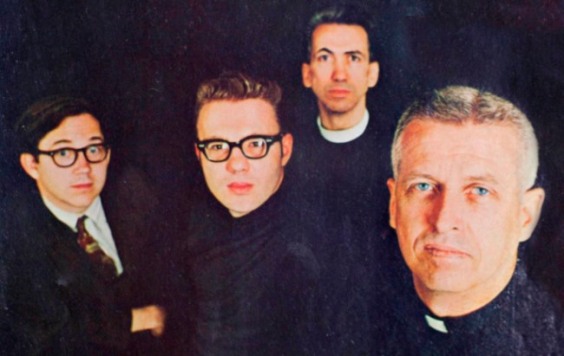 1971 – Three-Z Naming Day * – President Mobutu Sese Seko of the Democratic Republic of the Congo changes the country’s name to Zaire, changes the Congo River to the Zaire River, and the nation’s money from franc congolais to the zaire, but he is such a terrible despot that he is overthrown in 1997, and the country goes back to being the Democratic Republic of the Congo, the money is again the Congolese franc, and the river is the Congo once more

1988 – President Reagan orders the new U.S. Embassy in Moscow to be torn down because of Soviet listening devices in the building structure

1994 – Gliese 229B,  a red dwarf about 19 light years away in the constellation Lepus, has 58% of the mass of our Sun, and is the first Substellar Mass Object to be unquestionably identified

2005 – The first World Day for Audiovisual Heritage * is declared by the U.N. to encourage  preservation of radio and television programmes and motion pictures as a record of our common heritage, in conjunction with the UNESCO programme, Memory of the World 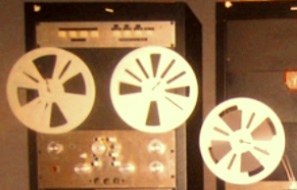 2009 – Justin Smith starts American Beer Day * to commemorate the signing by FDR of the Cullen-Harrison Act, which effectively ended Prohibition. FDR reportedly said after signing:  “I think this would be a good time for a beer.”

2010 – Cats Protection, the U.K. largest feline welfare charity, starts Black Cat Day * to debunk the superstitions surrounding black cats, to protect them from being abused or killed during Halloween week, and to help black cats in shelters find their forever homes

2014 – Britain withdraws from Afghanistan, ending Operation Herrick (codename for all British operations in the War in Afghanistan from 2002 until 2014), part of the NATO-led International Security Force and in support of American-led Operation Enduring Freedom

Nona Blyth Cloud has lived and worked in the Los Angeles area for over 50 years, spending much of that time commuting on the 405 Freeway. After Hollywood failed to appreciate her genius for acting and directing, she began a second career managing non-profits, from which she has retired. Nona has now resumed writing whatever comes into her head, instead of reports and pleas for funding. She lives in a small house overrun by books with her wonderful husband.
View all posts by wordcloud9 →
This entry was posted in History, Holidays, On This Day and tagged Dylan Thomas, Lee Krasner, Mary Moser, Michael Servetus, Niccoló Paganini, Ruby Dee, Theodore Roosevelt. Bookmark the permalink.
Loading Comments...
%d bloggers like this: