Titling the post-Trump biopic… Get The Bigly Shorty, or Derp in Paradise Papers

There probably have been numerous Trump biography projects already underway, perhaps even one started when we thought he would lose the Electoral College vote.

We already have some interesting, even landmark films about a variety of financial scandals, so there will be an actual, rather than satiric Trump biopic, probably produced with …. Russian money. Call it Get The Bigly Shorty.

And we know that’s what Trump really wants, a biopic rather than the soon-to-be historical ignominy as the worst US president.

Now that we have the Paradise Papers it seems more clear why the story of the end of the Trump administration is being written, even as we know he cannot write a book long enough for ordinary humans to read.

Unlike his predecessor, Trump will have to have any post-POTUS memoir ghost-written.

We also know films shot in his buildings tend to require cameos with him.

He needs a hagiographic film, not so much like Lincoln or Bulworth, because he’s a … star.

My preference would be something based on the Stavisky Affair like Alain Resnais’s Stavisky, probably because it has both flashbacks and flash-forwards plus a Trotsky cameo, but Hollywood will probably make it more like Stolen Holiday (1937). 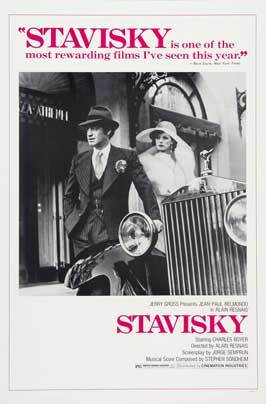 Remember that Steve Bannon did his own hip-hop / rap version of Coriolanus.

“What attracted me to the character of Alexandre was his connection to the theatre, to show-business in general. Stavisky seemed to me like an incredible actor, the hero of a serial novel. He had the gift of bringing reality to his fantasies by means of regal gestures.” [4] (Among many theatrical references, the film features a scene in the theatre in which Alexandre rehearses a scene from Giraudoux‘s Intermezzo, and another in which he attends a performance of Coriolanus. His office is adorned with theatrical posters.)

More importantly, Stavisky did have a real effect on French government.

A right-wing coup d’état seemed like a possibility, but historians agree that the multiple right-wing forces were in no way coordinated and in no way trying to overthrow the government.[1]

Even after the financial stiffness of Mitt Romney, we now have the ultimate in kleptocratic hubris.

U.S. President Donald Trump vowed to fight the power of global elites and told voters he would put “America First.” But surrounding Trump are a number of close associates who have used offshore tax havens to conduct business.

The Paradise Papers is a global investigation based on 13.4 million leaked files from leading offshore law firm Appleby, trust company Asiaciti, and from company registries in 19 secrecy jurisdictions. The files reveal the offshore activities of some of the world’s most powerful people and companies. There is nothing illegal about doing business offshore, but the offshore industry’s role in allowing tax avoidance and financial secrecy has generated significant public interest.

The promise of tax havens is secrecy – offshore locales create and oversee companies that often are difficult, or impossible, to trace back to their owners. While having an offshore entity is often legal, the built-in secrecy attracts money launderers, drug traffickers, kleptocrats and others who want to operate in the shadows. Offshore companies, often “shells” with no employees or office space, are also used in complex tax-avoidance structures that drain billions from national treasuries. The offshore industry makes “the poor poorer” and is “deepening wealth inequality,” said Brooke Harrington, a certified wealth manager and Copenhagen Business School professor who is the author of ‘Capital without Borders: Wealth Managers and the One Percent.’ www.icij.org/…

Trump in Asia also does explain perhaps why Mike Flynn’s NSC deputy, K.T. McFarland was nominated for Ambassador to Singapore, and what other “meetings” will happen during this trip, other than Agent Orange reporting to his commissar. As mentioned before, it’s always more interesting to note who is in the 45* entourage, considering the release of the Paradise Papers. Recall the background politics of the Trump trip to Saudi Arabia, including some deals that Kushner may have been working concurrently.

The Paradise Papers is a major new leak of documents from two offshore services firms based in Bermuda and Singapore, as well as from 19 corporate registries maintained by governments in secret offshore jurisdictions. The documents were obtained by the Süddeutsche Zeitung and shared with the International Consortium of Investigative Journalists (ICIJ), which organized a collaborative investigation with dozens of outlets across the world, including the Organized Crime and Corruption Reporting Project (OCCRP).​

They reveal a whole world of offshore machinations by some of the wealthiest people on Earth that is usually completely obscured from public scrutiny.

A trove of 13.4 million records exposes ties between Russia and U.S. President Donald Trump’s billionaire commerce secretary, the secret dealings of the chief fundraiser for Canadian Prime Minister Justin Trudeau and the offshore interests of the queen of England and more than 120 politicians around the world.

The leaked documents, dubbed the Paradise Papers, show how deeply the offshore financial system is entangled with the overlapping worlds of political players, private wealth and corporate giants, including Apple, Nike, Uber and other global companies that avoid taxes through increasingly imaginative bookkeeping maneuvers.

One offshore web leads to Trump’s commerce secretary, private equity tycoon Wilbur Ross, who has a stake in a shipping company that has received more than $68 million in revenue since 2014 from a Russian energy company co-owned by the son-in-law of Russian President Vladimir Putin.

In all, the offshore ties of more than a dozen Trump advisers, Cabinet members and major donors appear in the leaked data. 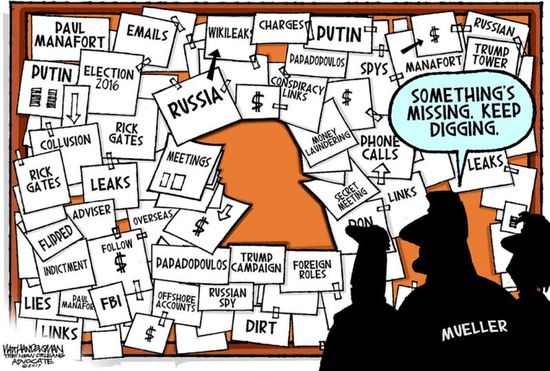 3 Responses to Titling the post-Trump biopic… Get The Bigly Shorty, or Derp in Paradise Papers