Posted on November 6, 2017 by Terry Welshans

Social media is a handy way to communicate with family and friends, and a way to share precious moments with others. The applications that provide these services are many, and I will not attempt to list them all. They all have a few things in common with one another though. The number one feature is that they are free to download, install and use. Once installed one needs to open an account with the ‘mother-ship’, the firm that provided the software. Your account will include your real name, an email address, a telephone number and your location. Some of these may be left blank, but on some sites, they are mandatory. Next, you create a user identification and a password. Some sites allow you to add a ‘handle’ – a nick name – that others will see instead of your real name. You then click a box that acknowledges your acceptance of the terms and conditions you must follow to use the site. Then you click a button to create your account. All very simple and easy to do. 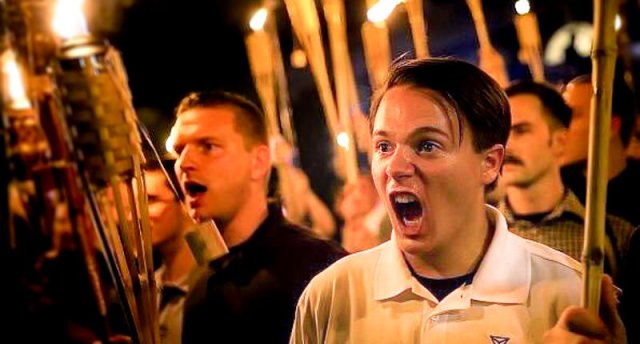 The social media sites do not verify who the user is, so the user can project a persona the same as, or one very different from their actual identity. A user can be truthful about who they are, or can create an imaginary or fake user to suit their needs. If a fake user profile is used to attract a person into an interaction, the person may not realize they are communicating with a fraudulent user. This deceptive interaction is called ‘catfishing‘ when used for nefarious purposes. Several child predators have used this process to lure their victims to meetings, by posing as a child themselves. It has also been used to initiate romantic relationships by luring unsuspecting persons into conversations that sometimes result in dashing the hopes of the victim. Or in some cases, worse.

Have you ever wondered why the site provides this wonderful communication tool for free? I have, and I investigated how it is done. One thing to keep in mind is that these ‘free’ sites are worth millions, if not billions of dollars. Put these two thoughts together and one question pops out. What makes the site so valuable that the creators have bank accounts with three commas. The secret to the site is advertising. Advertising that is focused on the individual using the site, advertising that is created on the fly as you view the page. No one else sees the same ads that are pushed to you unless they have a similar profile of activity on the site.

What profile, you ask? Your name and zip code that you entered in your site profile? No. Your activity profile is a record of what you have viewed, liked or forwarded to your friends. It also includes small files called ‘cookies’ that are created on your device when you visit a web page. These cookies include terms that you type into a search on a web site or search engine. For example, if you go to an on-line book store and look for a specific book title, that book title is written in a cookie. The social media application looks for these small files and reads them, adding that information to your activity profile.

The social media site then pushes advertisements to you based on your searches, likes and other activity. You do not have to click on the ad, it only has to be presented to you. That presentation is called an ‘impression’ that is recorded in your profile and generates a few cents for the media site. Should you click on the ad, called a ‘click through’, a few more cents go to the media site. If you actually buy something from the advertiser, the media site gets a commission. Multiply this scenario by the number of ads you are presented and then by the hundreds of thousands or millions and you have a business that generates thousands of dollars an hour.

The entities buying the ads select key words that are indexed in a master file created by a program that searches the activity profiles. This master file allows the ad buyer to send specific ads to user profiles that match their needs. For example, if you searched for shoes, an ad buyer may send you an ad for shoes. The chances that you would click on the ad are much higher for you than if the ad was sent to a random person, as you were looking for shoes, and were targeted for that reason. Targeted advertising is quite effective and has a good rate of return on the ad cost. It works.

This same process is also used to communicate non-advertising materials. These are cartoons and images that convey information that the ad buyer believes you may support or at least be interested in. For example, a buyer may want to find individuals with a strong belief in a specific religion, nationality or gender. The picture or cartoon will be a basic, bland subject concerning the belief. Your reaction to that media is what is recorded, and added to your profile. Before long, you profile will identify you as a supporter of a certain belief. It could be concerning guns, violence, race, religion, immigrant status or peaceful protests.

The next step is to use this newly discovered aspect in you profile to send more aggressive materials to encourage or discourage your belief. The user then clicks on the like or forwards the material to fiends and family members, building more data for the profile. Some of these accounts may agree while others may disagree with the material. This opens a conflicting dialog between users, which is the actual intent of the entity pushing the material to the users in the first place.

When you wish to influence a person’s beliefs, the technique must be subtle and very low key otherwise it is obvious and the person reacts to repel the influence. When done slowly and repeatedly, it is almost ignored, even though the content is still received subconsciously. The new information begins to make the person doubt that the previously known information was correct. The term that describes this process is called ‘gaslighting.’ The whole purpose of the process is to remove previous convictions and bias that are present from previous teaching and experience, replacing them with doubt and an alternative that becomes the new normal.

Why would someone want to do that? The answer is less than obvious to a casual user, and the casual user may not believe it is happening, even when it is explained to them – it is labeled ‘Fake News.’ Sound familiar? Heard that term before? Nothing new here, Joseph Goebbels, the head of Hitler’s Reich Ministry of Public Enlightenment and Propaganda used this technique to acquire and maintain power for the implementation of Nazi policies. Take a look at the themes used in Nazi Germany at Wikipedia.

So, who is behind this now, and why are they doing it?

America has always held the Soviets as an enemy, at least for a hundred years. The modern version of the Soviets, modern Russia, is still held as an enemy of American democracy. The American government placed sanctions against Russian transgressions that hurt them financially, the Russian leadership in particular, as it is they who control the banking and financial interests there. They are extremely wealthy, mostly due to international banking where they launder and hide their ill gotten gains. The American sanctions stopped much of that activity that involved transactions with American interests. The Russians wanted a way to neutralize the sanctions for some time, and finally developed a plan to do so.

They needed a politician willing to work with them, and spared no expense finding several who would do their bidding, for a price. The Russians began a cash flow to those politicians through international banks and shell corporations. After a few transactions, the original source for that money became hard to trace. The money was then used to purchase real estate owned by the politicians at well above market value, paying in cash. Some property was purchased at more than twice its already over-stated value. Once the politicians were bought, it became necessary to hide those transactions and bury the influence gained. That is where the above ads come into play.

The purpose of those materials pushed to selected users was to cause a disruption to commonly held beliefs based on ethical and moral principles. It was necessary to change that paradigm in away that it was permissive to ignore the old truth and accept the new truth that such transactions are ethical and moral, much like the Nazis did when they pushed their themes to make National Socialism acceptable.

The Russian technique is to make long held but socially unacceptable and now illegal racial practices acceptable again. They foster this by sending racist materials to individuals who have shown an interest in such materials. More than one group of individuals are selected, as the hate groups have an overlapping interest. This is how Nazi supporters and KKK members become drawn to the same events. They see each other as sharing a common enemy, even if one does not exist. The Russians accommodate them, by creating an imaginary enemy, the anti-fascists. This imaginary group is then pushed to those who oppose the other two, and an actual loosely formed group becomes real.

Remember Catfishing? That is how its done. The Russians are operating ‘boiler rooms’ where employees create fake accounts, some of which are automated to reply when certain key or ‘trigger’ words are used in a posted conversation. When one of these ‘trolls’ or ‘bots’ posts, it looks very much like a genuine person making the post. Sometimes, if well done, the spelling, grammar and syntax is very close to American English. Sometimes, not so much. The posts made by the bot serves one purpose – disruption. They encourage the discord between legitimate users and to create doubt.

These fake accounts are not permitted by the social media web site rules and terms, but they are almost impossible to police. One reason the trolls and bots are not actively sought and contained is that Russian investors have invested in these sites and have poured hundreds of millions into the pockets of the site owners. The site owners then refuse to work against their financial master’s interests. Plus, these financial backers are the same entities buying the ads that are causing the discontent being sown by the site. Stopping the bots would reduce the profitability of the site.

This hate, distrust and discord serves its intended purpose, creating unrest and loss of trust in the American government sufficient to draw attention away from the paid-off American politicians who are working behind the scenes to remove the sanctions that block the financial transactions that make the rich richer.

One way to stop this abusive behavior is to regulate social media. Not to quench it, but to forbid the automation or some other control to keep the content honest and truthful, yet respect the first amendment protection for free speech, as is done with broadcast news.

I grew up in Burbank, California. My dad worked at a company that made sub assemblies for about every airplane made in the 1960-1970 era, so it was only natural that the aviation bug bit me while I was quite young. I hold a commercial pilot certificate and fly as much as I can. I live in Bardstown, Kentucky with my wife, moving here after we retired. I am a Vietnam veteran and a cancer survivor. I like to keep politicians honest, and do so when they open an avenue where I feel they have erred.
View all posts by Terry Welshans →
This entry was posted in Anti-Semitism, Christianity, Corruption, Democracy, Free Speech, Propaganda, Tribalism. Bookmark the permalink.