If the @FCC kills #netneutrality, everyday people lose. ItÃ¢ÂÂs not good for science because it puts up barriers to accessing information and spreading ideas. This isnÃ¢ÂÂt a partisan issue Ã¢ÂÂ itÃ¢ÂÂs about keeping the playing field level and not letting corporations decide content. pic.twitter.com/JY7mIXgasz

FCC chair, Ajit “Pay Toilet” Pai, attempted recently to refute claims that “repealing utility-style regulation will destroy the Internet as we know it and harm innovation” by saying Net Neutrality would be ensured by corporate transparency (see “trust us, we’re making money from you and we’re not even bankers”).

In most of its configurations it still uses all or part of the same transit corridors as other utilities. Despite the invisibility of wireless, the transmission system still has the structure of wireline networks and invariably has that structure (see coverage maps which mimic the roadway network). 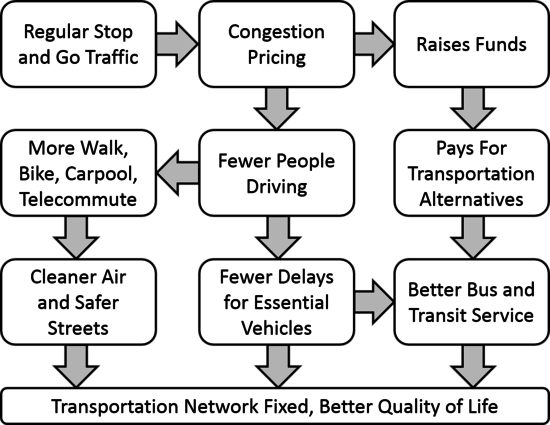 do congestion prices innovate or is it more about cost-shifting

Eliminating utility-style(sic) regulation will introduce de facto congestion pricing and resegregates bandwidth in favor of corporate greed that will have a disproportionate effect on the digital divide(s).

Such pricing sounds OK when one thinks about reducing negative externalities like air quality and fossil-fuel consumption, but at some moment it won’t actually finance EV development, or regulatory removal of polluting equipment. Similarly, carbon crediting is also about commodifying pollution, as if its trade would stop children getting asthma.

Because it is about acceptable and new centers for profits, and like the climate deniers, telecom industries only appear to have no negative information externalities because digital knowledge seems more fungible.

The resemblance resides in the current White House Twitler, proving how false consciousness and stupidity converge. 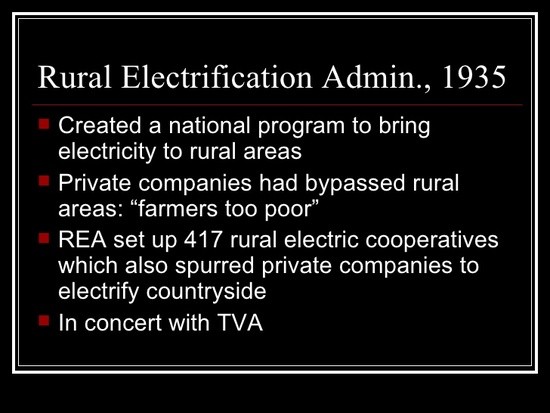 Given its complexity, national utility policy needs more rather than less regulation, despite Title II. Like environmental racism, it will be a matter of locational discrimination caused by the will of capital.The histories of rural electrification and rural telecom must-carry requirements are not that dissimilar, despite the growth of wireless, cable, satellite and more complex broadband infrastructure. 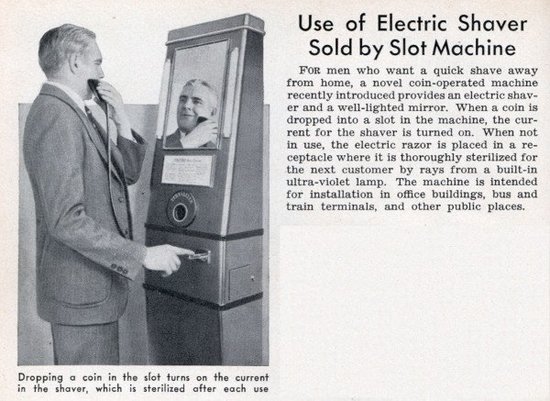 Making money at the margins by privatizing property and services: Pay Toilets and Toll Roads

Reregulation to address the problem of cross-subsidies which address inequality has always been important for utilities, whether it’s home energy or telephone service to rural areas. The FCC rarely micromanages except in cases appropriate to its original mandate to reduce interference and congestion in the public interest.

The real capital surface is of course sprawled, and the space between city and country in suburban development is the actual territory where broadband profits reside.

Even as a complex geolocational construction, the electromagnetic spectrum is still a commons, however tragic.

Pai assumes that investment decline even as network infrastructure has surplus capacity suggests that it’s just about resegmenting the market to enable more speculative investment. It is about finance capital and all the capitalist lies meant to ensure profitability at the cost of alienating consumers.

More troubling is that Pai’s deregulatory claims are short-sighted at best, like most policy proposals under neoliberal capitalism, and at worst simply another speculative capital grab no different than the auctioning of spectrum in 1996.

Pai’s clumsy Republicanism fosters media oligopolies at national/regional/local levels and inhibits innovation insofar as access becomes skewed to consumption and limits small-producer broadband support. It’s not the absolute doom of the Internet, it’s just putting up more fences and getting more corporate, gated communities -— a manorial division of spectrum, where someone might shoot you if you trespass.

Like the South Sea Bubble and Trickle-Down Economics, it’s another capitalist confidence game, making the public private, because they can, and have more lawyers.

The real problem or advantage is that owning multiple digital delivery devices will have multiple profit channels for complex access (see price gouging when you’re on vacation or if you wander into an expensive neighborhood and you want to watch something streamed). The simpler example of this is why things are so expensive in convenience stores or food more pricey in airports.

Ajit “Pay Toilet” Pai’s rationale (see big lies like “market failure”) for eliminating a “creaky regulatory framework” is like saying “the Declaration of Independence is an ‘Enlightenment-era rule written by anti-government extremists’”:

Chairman @AjitPaiFCC wrote in @WSJ about his proposal to end utility-style regulation of the Internet: https://t.co/nTCQvzmBbP

As millions flocked to the web for the first time in the 1990s, President Clinton and a Republican Congress decided “to preserve the vibrant and competitive free market that presently exists for the Internet.” In the Telecommunications Act of 1996, the government called for an internet “unfettered by Federal or State regulation.” The result of that fateful decision was the greatest free-market success story in history.

….President Obama… instead urged the agency to impose upon internet service providers a creaky regulatory framework called “Title II,” which was designed in the 1930s to tame the Ma Bell telephone monopoly. A few months later, the FCC followed President Obama’s instructions on a party-line vote. I voted “no,” but the agency’s majority chose micromanagement over markets.[…]

This burdensome regulation has failed consumers and businesses alike. In the two years after the FCC’s decision, broadband network investment dropped more than 5.6%—the first time a decline has happened outside of a recession. If the current rules are left in place, millions of Americans who are on the wrong side of the digital divide would have to wait years to get more broadband.

The effect has been particularly serious for smaller internet service providers. They don’t have the time, money or lawyers to cut through a thicket of complex rules.

This is why I’m proposing today that my colleagues at the Federal Communications Commission repeal President Obama’s heavy-handed internet regulations. Instead the FCC simply would require internet service providers to be transparent so that consumers can buy the plan that’s best for them. And entrepreneurs and other small businesses would have the technical information they need to innovate. The Federal Trade Commission would police ISPs, protect consumers and promote competition, just as it did before 2015. Instead of being flyspecked by lawyers and bureaucrats, the internet would once again thrive under engineers and entrepreneurs.

We have proof that markets work: For almost two decades, the U.S. had a free and open internet without these heavy-handed rules. There was no market failure before 2015. Americans weren’t living in a digital dystopia before the FCC seized power. To the contrary, millions enjoyed an online economy that was the envy of the world. They experienced the most powerful platform ever seen for permission-less innovation and expression…. 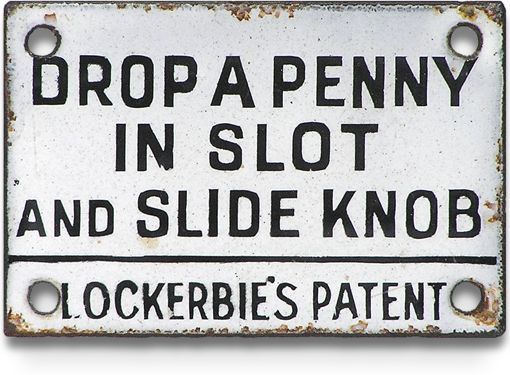 The governor has proposed the removal of coin-operated facilities in public conveniences of buildings of the island as his latest assertion of complete democracy.

Quite possibly, part of the critical animosity during the postwar years stemmed from Noel Coward’s tendency to satirize in these new comedies many of the sacred cows of contemporary political liberalism.

For example, in his play, South Sea Bubble (written in 1949 and also staged in some places as Island Fling), he humorously attacked the notion that all colonial possessions ought to be given their independence. In this drama, the little island of Samola is about to be given control of its own affairs, but its citizens do not want this break with the Imperial tradition. Doubtless, the playwright used Samola—an actual island possession—as his setting because he knew that in 1855, the ruler of Samola, King Kefumalani II, personally wrote to Queen Victoria begging her to allow his islands to have the privilege of belonging to the British Empire. In any event, South Sea Bubble pits a liberal-minded colonial governor, Sir George Shotter, against a British-educated (Eton) native leader who resists his islands’ being given “self-government.” As the governor’s aide explains the situation:

. . . Most Samolans are still Empire minded. You see they’ve been happy and contented under British rule for so many years that they just don’t understand when they’re suddenly told that it’s been nothing but a corrupt, capitalist racket from the word go.12

The old native leader, Punalo, who opposes independence, regularly argues with the governor telling him that minor economic gradations of caste provide the natives with incentives to work by allowing those who succeed the privileges of their improved social status.

The governor has proposed the removal of coin-operated facilities in public conveniences of buildings of the island as his latest assertion of complete democracy.

Punalo refutes the governor’s theories by pointing out that the removal of first and second class distinctions in favor of an overall tourist class on the island’s boat service has caused such a decline in business that the service has been forced into liquidation. About the governor’s scheme to democratize the lavatories, Punalo says:

. . . Even in the most Utopian Welfare States, privilege is accepted as a natural perquisite of authority. In the Soviet Union itself, that Marxist paradise of Left-Wing Intellectuals, there is no recorded instance of the late Mr. Stalin queueing up for a public lavatory.13

“The internet, the speed of it, our entire business revolves around that.” https://t.co/Gphb7RvGZc