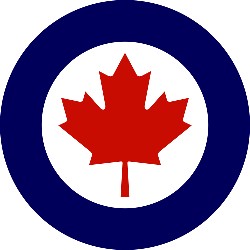 It is New Year’s Eve, so in order to assist those aviators and airport bums who enjoy entertaining at home, I present the secret recipe for the concoction known to RCAF personnel as “Moose Milk”.

Originally made with milk obtained from a lactating Alces alces, that practice was eventually curtailed.  The North American Moose (Alces alces) is the largest member of the deer family. In addition to being quite large, they tend to become quite irritated when rowdy aviators start tugging on their mammary parts.

It seems that far too many pilots and flight crew members began attending morning “sick parades” due to a variety of “non-combat related” injuries, leaving no one to provide air cover for the country.

Because it is more fun to celebrate Hogmanay when not in traction or a wheelchair, the intrepid aviators of the RCAF now use milk provided by diary farmers, thus making milk harvesting less risky than flying combat missions.

Method:
Beat yolks until fluffy and well mixed.
Add sugar and beat mixture until thick.
Stir in milk and liquor
Chill at least 3 hours. Best if can sit overnight.
Then: Whip cream until good and thick (canned whip cream will go flat, so avoid canned cream)
Fold in whipped cream (it will appear as if it has totally thinned out, but don’t worry, that is normal)
Chill for another hour.
Sprinkle the top with nutmeg and cinnamon.]
Should be kept chilled because of the raw eggs.
This should not be a problem as Moose Milk tends to disappear quite quickly.

This recipe will serve a crowd of fifty….

Or about ten pilots.