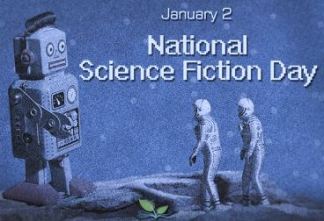 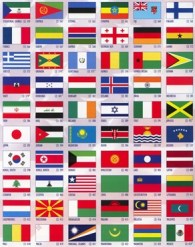 366 – The Alemanni, a confederation of Upper Rhine Germanic tribes, cross the frozen Rhine River in large numbers to invade Rome’s Gallic provinces, but will lose in 368 to forces led by Emperor Valentinian I at the Battle of Solicinium, after inflicting heavy casualties on the Romans 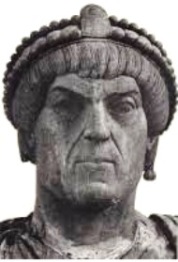 533 – Mercurius becomes Pope John II, the first pope to adopt a new name upon elevation to the papacy

1492 – The leader of the Emirate of Granada, the last Arab stronghold in Spain, surrenders to Spanish forces loyal to King Ferdinand II and Queen Isabella I

The Alhambra at Granada– by James Cavanah Murphy

1788 – Georgia becomes the fourth state to ratify the U.S. Constitution

1818 – The British Institution of Civil Engineers is founded, both a professional association and a charitable body, which sets professional standards, offers training for qualifications, and liaises with industry, government and academia; it is the world’s first professional civilian engineering body

1842 – In Fairmount PA, the first wire suspension bridge is opened to traffic

1872 – Brigham Young, the 71-year-old leader of the Mormon Church, is arrested on a charge of bigamy. He has 25 wives at the time

1882 – The Standard Oil Trust agreement is completed and dated. The document transfers the stock and property of more than 40 companies into the control of nine trustees led by John D. Rockefeller, the first example of a holding company

1900 – Una Ledingham born, British physician noted for her studies of diabetes during pregnancy; elected as a fellow of the Royal College of Physicians in 1942

1913 – Juanita Jackson Mitchell, American lawyer and civil rights activist; first African-American woman to practice law in Maryland; president of the Baltimore branch of the NAACP, campaigning for Maryland to be the first southern state to integrate schools, restaurants, parks and public swimming pools, and running highly successful voter registration drives; founder of the NAACP Youth Movement; named by President Kennedy to the White House Conference on “Women and Civil Rights”

1918 – Beatrice Hicks born, American engineer; first woman to be hired as an engineer by Western Electric; in 1950, co-founder and first president of the Society of Women Engineers (SWE); developed a gas density switch used in NASA space missions, including the Apollo moon landings

1920 – The second “Palmer Raid” is conducted by the U.S. Department of Justice under Attorney General A. Mitchell Palmer, using sweeping warrants based on nothing more than Communist Party or Communist Labor Party membership, a series of raids over 30 towns in 23 states, arresting 3,000 persons and seizures without search warrants, detention in overcrowded unsanitary conditions, and what were admitted by members of the department as “clear cases of brutality.”  2,000 warrants from the first and second wave of raids are cancelled as being illegal

1923 – Rachel Waterhouse born, English historian, consumer affairs activist and author; chair of the Consumers’ Association, and a founding member of the Victorian Society

1928 – Kate Molale born, South African political activist; member of the African National Congress; helped mobilize resistance to the forced eviction of black Sophiatown residents, and to the 1953 Bantu Education Act, a segregation law legalizing racially segregated education, denying non-white students access to education which would enable them to become more than unskilled laborers; 25% to 50% of non-white schools had no electricity, running water or plumbing, and only a third of black teachers were qualified

1929 – The U.S. and Canada reach a joint action agreement to preserve Niagara Falls

1938 – Lynn A. Conway born, American computer scientist, electrical engineer, inventor and transgender activist; a pioneer in generalized dynamic instruction handling, now used by most computers to improve performance, and the Mead & Conway revolution in VLSI design recruited by IBM in 1964 for a team working on advanced supercomputer design, Conway was fired by IBM in 1968 when she revealed her intention to transition to a female gender role

1948 – Joyce Wadler born, American journalist and humorist; reporter and feature writer, first for the New York Post, and then the New York Times; her memoir about breast cancer, My Breast: One Woman’s Cancer Story, was made into an award-winning television movie

1949 – Iris Marion Young born, American political theorist and feminist social theorist; Professor of Political Science at the University of Chicago, affiliated with its Center for Gender Studies and Human Rights program; author of Justice and the Politics of Difference (1990), where she put forward her model of the Five Faces of Oppression: Exploitation, Marginalization, Powerlessness, Cultural Domination and Violence; in her essay,  “Throwing Like a Girl: A Phenomenology of Feminine Body Comportment Motility and Spatiality,” she discusses the socialization of girls to restrict their body movement and think of their bodies as fragile, and the resulting lessening of their confidence in accomplishing tasks as adults

1956 – Lynda Barry born, American cartoonist and graphic novelist; known for her comic strip, Ernie Pook’s Comeek, and her 1988 novel, The Good Times are Killing Me

1958 – Helen C. Goodman born, British Labour politician, MP for Bishop Auckland since 2005; director of the Commission on the Future for MultiEthnic Britain (1997-2005), and the Head of Strategy at the Children’s Society (1998-2002), lobbying for policies to cut childhood poverty

1974 – President Richard Nixon signs a bill lowering the maximum U.S. speed limit to 55 MPH * in order to conserve gasoline during an OPEC embargo 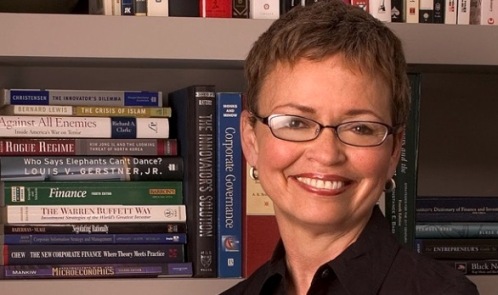 2004 – Stardust successfully flies past Comet Wild 2, collecting samples that are returned to Earth

Nona Blyth Cloud has lived and worked in the Los Angeles area for the past 50 years, spending much of that time commuting on the 405 Freeway. After Hollywood failed to appreciate her genius for acting and directing, she began a second career managing non-profits, from which she has retired. Nona has now resumed writing whatever comes into her head, instead of reports and pleas for funding. She lives in a small house overrun by books with her wonderful husband.
View all posts by wordcloud9 →
This entry was posted in History, Holidays, On This Day, Uncategorized and tagged Isaac Asimov, Jack Benny, Janet Akyüz Mattei, John F. Kennedy, Michael Tippett, Noor Inayat Khan, Sadie Tanner Mossell. Bookmark the permalink.