Bahá’i – First of 12 days of Ridván: celebration of Bahaullah Declaration that he is a Manifestation of God)

753 BC (traditional date) Romulus founds the city of Rome, makes a sacrifice to the gods and begins fortifying the Palatine, the most central of Rome’s Seven Hills

Ruins on top of Palatine Hill in Rome

900 – The Laguna Copperplate Inscription (the earliest known written document found in what is now the Philippines): ‘the Commander-in-Chief of the Kingdom of Tondo, as represented by the Honourable Jayadewa, Lord Minister of Pailah, pardons from all debt the Honourable Namwaran and his relations’

1506 – The three-day Lisbon Massacre comes to an end after the slaughter of over 1,900 suspected Jews by Portuguese Catholics

1649 – The Maryland Toleration Act, providing freedom of worship for all Christians, was passed by the Maryland assembly

1782 – Rattanakosin, now known internationally as Bangkok, is founded on the eastern bank of the Chao Phraya River by King Buddha Yodfa Chulaloke

1814 – Baroness Angela Burdett-Coutts born, “the richest heiress in England” was a philanthropist who spent the majority of her wealth on scholarships, endowments and such projects as Urania Cottage, a home to reform young women who had turned to theft or prostitution, which she co-founded with Charles Dickens; improving conditions among the poor, both in England and abroad; she paid for the famous statue of Greyfriars Bobby, and was a notable supporter of the both Royal Society for the Prevention of Cruelty to Animals, and the Church of England

1816 – Charlotte Brontë born, English novelist and poet, eldest of the three Brontë sisters who were authors; author of Jane Eyre 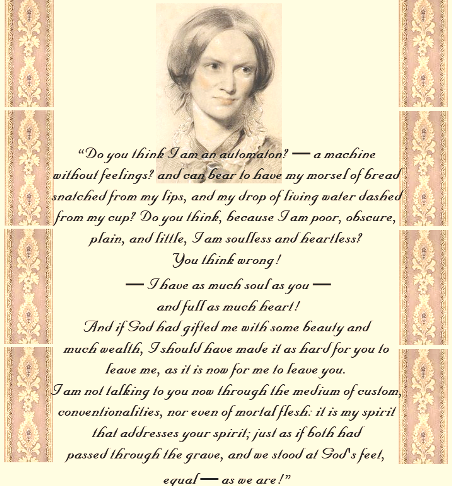 1863 –  Bahá’u’lláh, the founder of the Bahá’í Faith, declares his mission as “He whom God shall make manifest”

1891 – Georgia Harkness born, American Christian theologian, first woman to become a full professor in a United States theological seminary, leader in the ecumenical movement and the movement to gain ordination for women in American Methodism 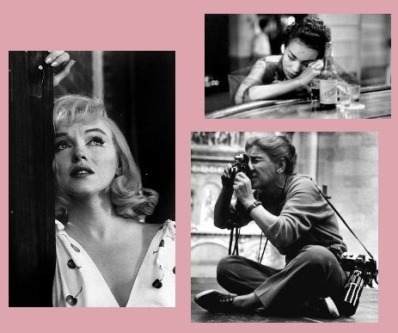 Marilyn Monroe on The Misfits set, 1954 Bar girl in brothel, and Eve Arnold

1925 – The Manifesto of the Fascist Intellectuals is published in Il Mondo, establishing the political and ideological foundations of Italian Fascism.

1926 – Elizabeth II, Queen regnant of The United Kingdom and head of the Commonwealth of Nations, is born

1944 – The French provisional government gives the vote to Frenchwomen

1960 – Brasília, Brazil’s capital, is officially inaugurated. At 09:30, the Three Powers of the Republic are simultaneously transferred from the old capital, Rio de Janeiro

1967 – National Yellow Bat Day * commemorates the activation of the 265thArmy Security Agency at Fort Campbell KY, part of the 101st Airborne; their insignia is a bat on a yellow ground symbolizing their motto “Through the Night” 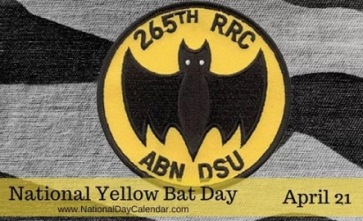 1977 – The musical Annie opens on Broadway

Nona Blyth Cloud has lived and worked in the Los Angeles area for the past 50 years, spending much of that time commuting on the 405 Freeway. After Hollywood failed to appreciate her genius for acting and directing, she began a second career managing non-profits, from which she has retired. Nona has now resumed writing whatever comes into her head, instead of reports and pleas for funding. She lives in a small house overrun by books with her wonderful husband.
View all posts by wordcloud9 →
This entry was posted in History, Holidays, On This Day and tagged Bahá'u'lláh, Baroness Angela Burdett-Coutts, Charlotte Brontë, Eve C. Arnold, Friedrich Frobel, John Muir, Raden Ayu Kartini. Bookmark the permalink.