How Chaos Agents operate: which side(s) are you on

Having a POTUS* whose only interests are in performative cruelty become more fascinating as those who do not share his chaotic goals trace the paths of what are now bribes rather than consulting or lobbying fees.

Fascinating that some of  the same Russian oligarchs would use the POTUS’s personal attorney to “funnel” money to a slush fund and might also buy alt-right websites.

And how such sites are owned and operated by foreign interests, we’re only just getting a sense of its perniciousness, especially as they might relate to political campaigns

Because the oligarchs and other corporate enities were only buying insights, not access or influence, nosiree. Because buying insights is not the same as a… bribe?

Like protecting the ownership of GOP sites using a Panama proxy site and hiding their private trans-oceanic plane flights from plane spotters, our betters in the ruling class have nothing to hide.

So rather than  listening to recycled Israeli talking points rationalizing an attempt to promote Iranian nuclear weapons production, we now see how the syncretic nature of Russian chaos agents’ disruption operates.

And we also see how Mighty Mango facilitated that with his personal lawyer, among others. Then again there’s pay-to-play, fraud, or something else.

Shocked, shocked that pay-to-play remunerations exist in business-as-usual…so when Manafort offered to brief Deripaska about the new administration in 2016, it was a generous gift and altruistic collusion cooperation.

In the spirit of such philanthropy, orphaned adult media entertainers could receive adoption support much like the Trump Tower meetings on 9 June 2016.

We now know a little bit more from Michael Avenatti’s work for Stormy Daniels in the matter of that $130,000. For their $200,000, was AT&T also being pleasured?

AT&T verified Tuesday that it paid a company owned by President Trump’s personal lawyer, Michael Cohen, for consulting work at a time when the company was hoping the federal government would approve a merger with Time-Warner.

“Essential Consulting was one of several firms we engaged in early 2017 to provide insights into understanding the new administration,” AT&T said in a statement. “They did no legal or lobbying work for us, and the contract ended in December 2017.”

The payments were made when AT&T was trying to obtain government approval for the deal. The Trump administration blocked the AT&T-Time Warner merger in November.

(June 2017) Trump’s tough comments last year about AT&T’s proposed $108 billion merger raised the prospect of a rough ride. But AT&T, whose merger is now being reviewed, has found common ground with the White House on issues ranging from net neutrality to tax policy to deregulation.

But AT&T’s payment is a stunning development that is likely to create a thicket of legal problems for Cohen and Trump himself.

Essential Consultants is not a real company

AT&T tries to justify the payments as a legitimate consulting expense, saying that the firm provided “insights.” But Essential Consultants is not a real company. It was set up on October 17, 2016. According to financial records, the company exists as a “real estate consulting company that collects fees for investment consulting work.”

The shell company has no website, no known employees, and no public facing presence of any kind. It raises the question of how AT&T could have even possibly known about Essential Consultants.

As NBC reported Wednesday morning, Columbus Nova also spent 2016 and 2017 registering a number of websites aimed at young white supremacists, or members of the so-called “alt-right.”

And what NRA member would condone the infiltration of its ranks by Russian oligarchs or even their puppets.

During an August 2017 interview by congressional investigators of Glenn Simpson, founder of Fusion GPS — which is the research firm for whom a former British spy created a now infamous collection of memoranda that has come to be known as the Trump-Russia dossier — said the NRA has been “infiltrated” by Russia:

It appears the Russians, you know, infiltrated the NRA, and there is more than one explanation for why. But I would say broadly speaking, it appears that the Russian operation was designed to infiltrate conservative organizations. And they targeted various conservative organizations, religious and otherwise, and they seem to have made a very concerted effort to get in with the NRA.

And so there is a Russian banker-slash-Duma member-slash-Mafia leader named Alexander Torshin who is a life member of the NRA. And we spent a lot of time investigating Mr. Torshin. And he is well known to Spanish law enforcement for money laundering activity and you have probably seen the press articles. And I think the Spanish files on him should be available to you. And he, as you know, was supposed to have a meeting with President Trump after the inauguration. And somebody noticed that there had been some stories about him that weren’t pretty good. 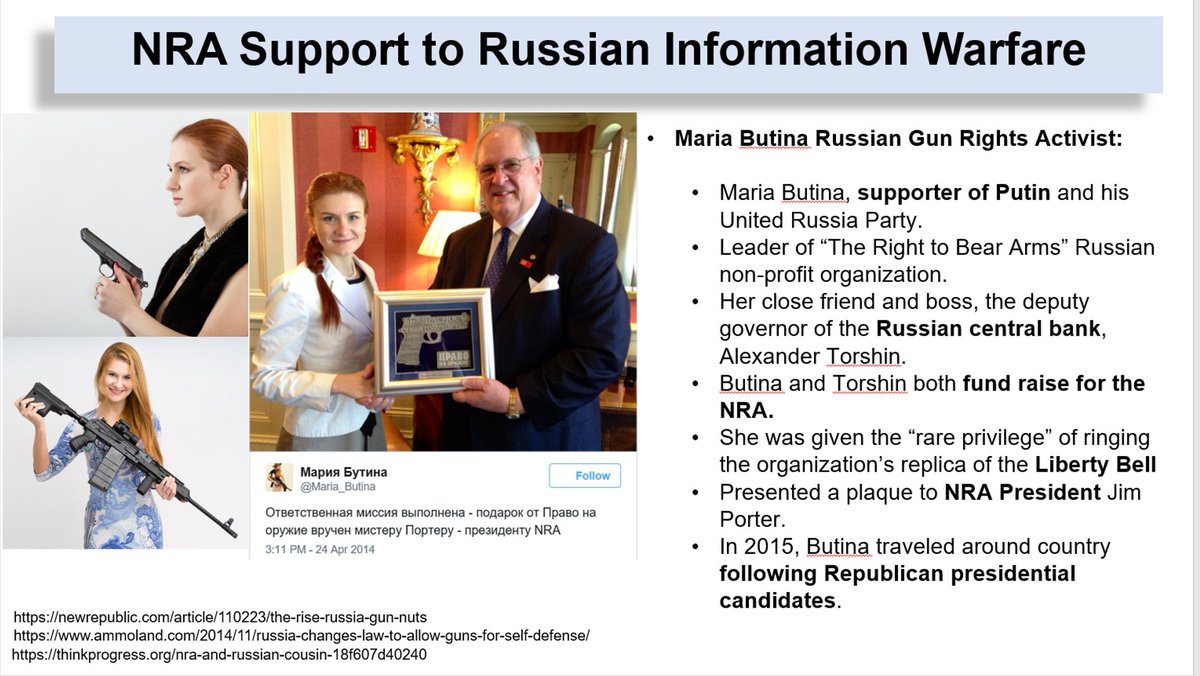 But the NRA is only one facet of a nexus of strange links between the American far-right and those close to the Kremlin. From Christian fundamentalists swooning for Russian President Vladimir Putin, to American secessionists repeatedly traveling to Moscow, to far-right media mouthpieces finding a home on Russian propaganda outlets, these ties have only grown — and grown more notorious — over the past few years.

Indeed, no foreign entity has provided as much support for these far-right causes recently as those in Moscow, where those with conspicuous ties to the Kremlin worked to cultivate and coalesce these American movements that, in the age of Trump, have gained new credence.

Despite reports that Putin’s intimates routinely referred to former President Barack Obama as the n-word or “monkey,” American white supremacists had connected with Russians long before his presidency. The first significant ties between white supremacists and neo-fascists in Russia and the U.S. can be traced to the immediate aftermath of World War II, when a number of American far-right figures — including noted fascist Harold Keith Thompson — built up contacts with Soviet agents.

It cannot be overstated just how deeply Team Putin understands all of this. The red star and the red flag have re-appeared, neither explicitly encouraged nor discouraged by the federal government, but Putin’s political technologists still capture and draw upon the iconographic power of Soviet symbols with great skill – they understand perfectly well that a lot of punters will bring the red flags to the party. The public celebrations of the 2nd anniversary of Crimea’s re-unification with Russia in March could have been a Soviet festival – during the concert given in Simferopol by the band of the Sevastopol Black Sea fleet and the Kuban Cossacks Choir, Lenin Square was awash with Soviet regalia. People who have never lived in Russia might not fully grasp the extent to which, as a civic faith, the Soviet Union still exists. 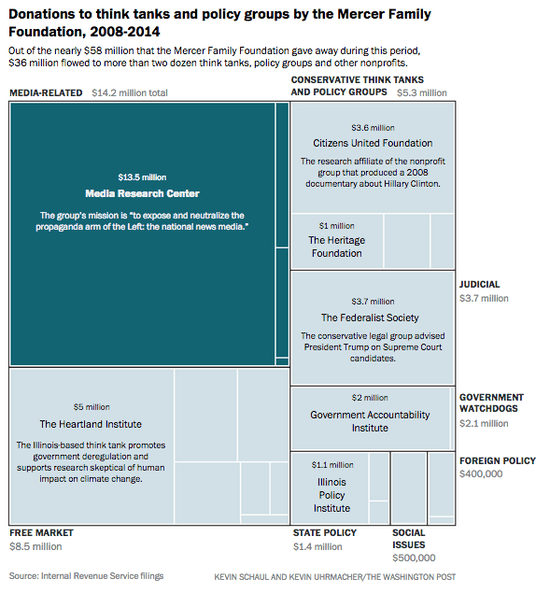 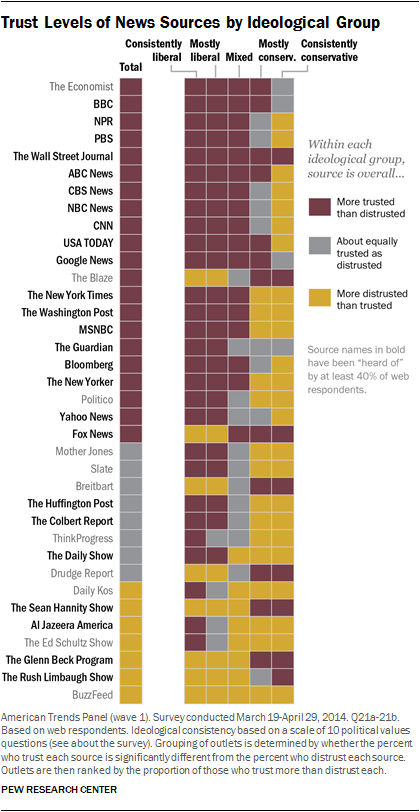 3 Responses to How Chaos Agents operate: which side(s) are you on