Made in the USA Day

626 – Prince Li Shimin, the future Chinese Emperor Taizong of Tang, kills his rival brothers Li Yuanji and Crown Prince Li Jiancheng in an ambush at the Xuanwu Gate. Within three days, Li Shimin is installed as the new crown prince 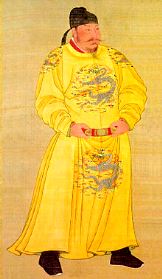 866 – Battle of Brissarthe: a combined Breton-Viking army led by Salomon, Duke of Brittany and Danish chieftain Hastein defeats the united Frankish forces led by Robert the Strong when he is killed during the battle and two other Frankish leaders also die

1489 – Thomas Cranmer born, English Reformation cleric who helped build the case for annulment of Henry VIII’s marriage to Catherine of Aragon; as the first Protestant Archbishop of Canterbury, he compiled the first two editions of the Book of Common Prayer, the new liturgy for the Church of England; when the attempt to put Lady Jane Grey, Edward VI’s Protestant cousin, on the throne, Mary was proclaimed queen and restored Roman Catholicism as the state religion. Cramner is tried and condemned for treason and heresy, the Church deprives him of his archbishopric and turns him over to the secular authorities, he recants, then un-recants, and is burned at the stake

1776 – In the American colonies, the Second Continental Congress adopts a resolution that “these United Colonies are, and of right, ought to be, Free and Independent States” to sever ties to Great Britain; the Declaration will be formally ratified on July 4th

1816 – The French frigate Méduse struck the Bank of Arguin and 151 people on board had to be evacuated on an improvised raft, a case immortalized by Géricault’s painting The Raft of the Medusa 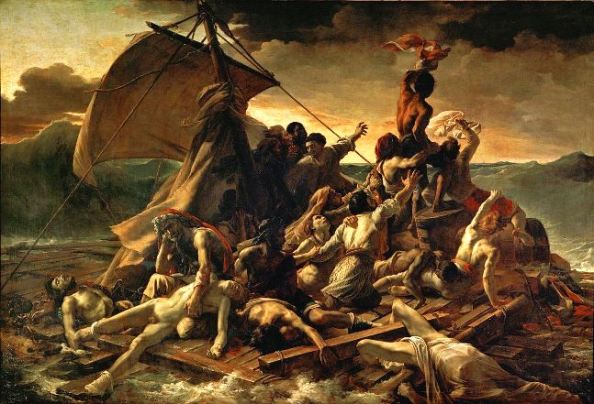 1825 – Richard Henry Stoddard born, American critic and poet; worked as a blacksmith, then Nathaniel Hawthorne helped secure his appointment as inspector of customs of the Port of New York; later worked as a New York City librarian and literary reviewer for the New York World; several of his poems became song lyrics

1839 – Twenty miles off the coast of Cuba, 53 rebelling African slaves led by Joseph Cinqué take over the slave ship Amistad

1881 – President James A. Garfield is shot twice by Charles J. Guiteau at the Washington railroad station; the President’s wounds are probed by multiple doctors with unsterilized fingers and instruments, but they fail to find the bullet lodged in the more serious wound in his abdomen. Continual contact with unclean hands and instruments causes massive infection, then pneumonia; he dies after much suffering on September 19, and V.P. Chester A. Arthur is sworn in as the 21st U.S. President 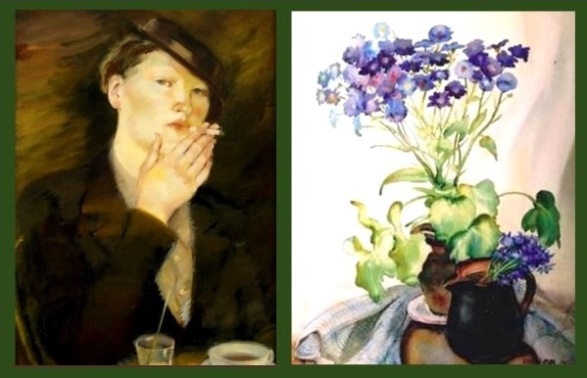 Lydia Mei paintings: Woman with a Cigarette, and Still Life

1900 – Sophie Harris born, English theatre set and costume designer, a co-founder of the Motley Theatre Design Group, which frequently worked on productions for John Gielgud, director Michel Saint-Denis (founder of the London Theatre Studio), and Lawrence Olivier, as well as the Sadler’s Wells Theatre, English National Opera and Royal Court Theatre; Harris also designed costumes for films, including  A Taste of Honey, The Innocents, The Loneliness of the Long Distance Runner, and This Sporting Life

1900 – Sir Tyrone Guthrie born, English theatre director; leader in the revival of interest in traditional theatre, especially Shakespeare; directed productions at the Old Vic, Sadler’s Wells, and the first season of the Shakespeare Festival at Stratford, Ontario, in Canada; Tyrone Guthrie Theatre in Minneapolis MN named in his honor

1902 – Germaine Thyssens-Valentin born, Dutch classical pianist, received her training and spent much of her life in France; she made her debut at the age of eight

1923 – Wisława Szymborska, Polish poet, essayist and translator; 1996 Nobel Prize in Literature ; a woman who mixed elegance of language with “the fury of Beethoven” 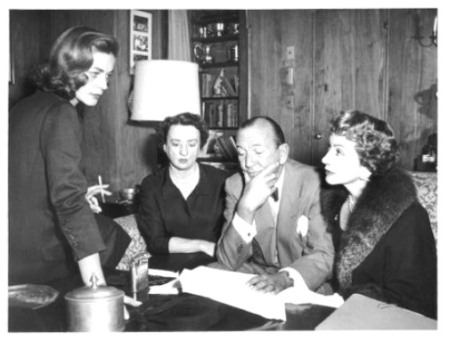 1947 – World UFO Day *- An object that the Army Air Force later said was a weather balloon crashes near Roswell, New Mexico, but many speculate it is an alien spacecraft

1960 – Maria Lourdes Sereno born, Filipina lawyer and judge; appointed by Benigno Aquino III as de facto Chief Justice of the Supreme Court of the Philippines (2012-2018), the first woman and second youngest person to head the judiciary. She was removed from office in an 8-6 decision over a quo warranto petition (demand for one to show one’s right to authority) voiding her appointment, believed to be politically motivated as she has been a critic of Rodrigo Duterte

1971 – Evelyn Lau born to Chinese-Canadian parents from Hong Kong, Canadian poet and writer; her parents demanded she study to become a doctor, she felt the pressure was unbearable, ran away from home, and was homeless for over two years, which she chronicled in Runaway: Diary of a Street Kid; she has since published short stories and essays, six collections of poetry, and a novel, Other Women

2003 – President George W. Bush incites attacks on American troops in Iraq, saying to the enemy “bring them on,” while promising to deal harshly with attackers

2007 – President George W. Bush commutes the 2.5 year prison sentence of former V.P. national security adviser Lewis “Scooter” Libby, convicted of two counts of perjury, and one count each of obstruction of justice and making a false statement to federal investigators in the CIA Scandal over the leak of CIA officer Valerie Plame Wilson’s covert identity; Libby paid a penalty of $250, 400.00, spent two years under supervised release, and performed 400 hours of community service; he was disbarred from practicing law, but successfully petitioned for reinstatement in 2016

Nona Blyth Cloud has lived and worked in the Los Angeles area for the past 50 years, spending much of that time commuting on the 405 Freeway. After Hollywood failed to appreciate her genius for acting and directing, she began a second career managing non-profits, from which she has retired. Nona has now resumed writing whatever comes into her head, instead of reports and pleas for funding. She lives in a small house overrun by books with her wonderful husband.
View all posts by wordcloud9 →
This entry was posted in History, Holidays, On This Day and tagged Christoph Gluck, Genevieve Cline, Hermann Hesse, Lily Braun, Lydia Mei, Thurgood Marshall, Wislawa Szymborska. Bookmark the permalink.
%d bloggers like this: