48 BC – Julius Caesar decisively defeats Pompey at the Battle of Pharsalus, in Thessaly, Greece; Pompey flees to Egypt 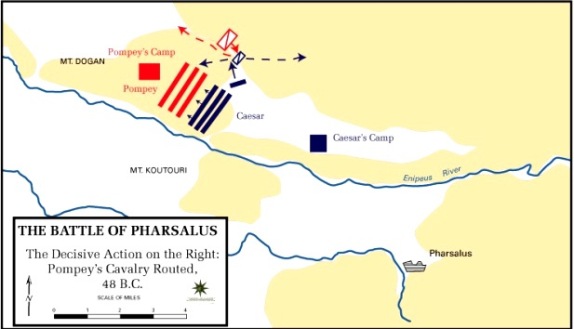 378 – Emperor Valens and his Eastern Roman army are defeated by the Visigoths at the Battle of Adrianople (now modern Turkey, near Greek-Bulgarian border); Valens is killed, but the manner of his death is disputed

1201 – Arnold Fitz Thedmar born in London of German origin; English merchant and chronicler; he began his Chronica Maiorum et Vicecomitum  (Chronicle of the Mayors and Sheriffs of London) in 1188, now a valuable source of information about London during most of Henry III’s reign; Thedmar was a faithful royalist, and he survived all the troubles of Henry III’s reign, becoming one of four citizens entrusted with keeping the muniments (records) of the city of London in 1270

1483 – First Mass celebrated in the Sistine Chapel in Rome

1683 – The East India Company is empowered by its charter from the British Crown to declare and wage war, and to make peace, in Asia

1757 – Elizabeth Schuyler Hamilton born, daughter of a Continental Army General from a wealthy and politically influential Dutch heritage family; she accompanied her father to a meeting of the Six Nations, and met Benjamin Franklin when he stayed at the Schuyler family home. She married Alexander Hamilton, helping with his political articles and correspondence, serving as an intermediary with his publisher, and frequently hosting and attending political and social dinner parties. After her husband’s sudden death in the 1804 duel with Aaron Burr, she was left a widow with seven children, and many debts to pay, so she sold their estate, The Grange. In 1806, she and several other women founded the Orphan Asylum Society, the first private orphanage in New York. She was its second vice president, then served as its directress (1821-1848). The New York Orphan Society is now Graham Windham, an agency providing services to over 4500 children and families affected by abuse and neglect in low income New York neighborhoods

1789 – National Veep Day * – Article II, Section 1, Clause 6 of the U.S. Constitution: “In Case of the Removal of the President from Office, or of his Death, Resignation, or Inability to discharge the Powers and Duties of the said Office, the Same shall devolve on the Vice President, and the Congress may by Law provide for the Case of Removal, Death, Resignation or Inability, both of the President and Vice President, declaring what Officer shall then act as President, and such Officer shall act accordingly, until the Disability be removed, or a President shall be elected.” (See 1974 entry)

1790 – Columbia returns to Boston from a 3-year voyage, first ship to carry American flag around the world 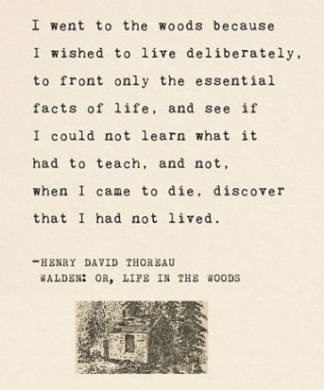 1861 – Dorothea Klumpke born, American astronomer and astophotographer, one of the five Klumpke sisters, who all went on to distinguished careers, two of the others in music, one in art, and another in medicine; Dorothea began work at the Paris Observatory in 1887, measuring star positions, processing astrophotographs, and studying stellar spectra; she was chosen as the observatory’s Director of the Bureau of Measurements (1895-1901), over 50 male applicants, and worked on astrophotography for the atlas of the heavens proposed by Sir David Gill in 1886; she left Paris in 1901 when she married Welsh astronomer Dr. Isaacs Roberts, and assisted in a British project to photograph 52 of the Herschel “areas of nebulosity.”  Sadly, her husband died in 1904, but she inherited all his astronomical equipment and considerable fortune. Later, she returned to the Paris Observatory, working on plates and notes from her husband’s years of work; in 1929, she published “The Isaac Roberts Atlas of 52 Regions, a Guide to William Herschel’s Fields of Nebulosity.” She was awarded the Hèléne-Paul Helbronner prize in 1932 from the French Academy of Sciences for this publication

1865 – Janie Porter Barrett born to a former slave; American welfare worker, reformer and educator; founded the Locust Street Social Settlement, the first of its kind for black people in the U.S., and the Virginia Industrial School for Colored Girls, a pioneer in rehabilitation of African-American female delinquents, which has become the Barrett Learning Center

1867 – Evelina Haverfield born, Scottish nurse and woman suffrage activist; she was an active member (1908-1915) of the WSPU, Emmeline Pankhurst’s militiant suffrage organization; during the Second Boer War in South Africa (1899-1902), she set up a retirement camp for horses; founder Women’s Emergency Corps; worked as a nurse in Serbia and fundraiser for Serbian relief (1915-1916) during WWI, and returned there after the war with her companion Vera Holme to set up an orphanage in Bajina Bašta in western Serbia 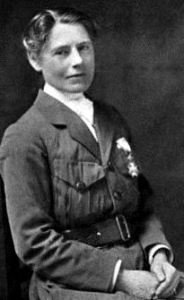 1878 – Eileen Gray born in Ireland, Irish architect and furniture designer based in Paris; a pioneer of the Modern Movement in architecture; noted for her design of E-1027, a holiday home near Monaco, and Tempe à Pailla (‘Time and Hay’), a smaller home in Menton, also on the Côte d’Azur; during WWII, while she was interned as a foreign national, the Nazis looted the houses she had designed, which were damaged by bombing, and E-1027 was used for target practice by German soldiers

1896 – Jean Piaget born, Swiss psychologist who pioneered the study of child development, particularly relating to how a child learns

1896 – Leonide Massine born, Russian dancer and choreographer of over 50 ballets

1902 – The coronation of Edward VII, which had been delayed from June 26th due to the king needing surgery for perityphlitis (inflammation of a part of the large colon)

1908 – Mary G. Ross born, American Cherokee engineer and mathematician with an fascination for astronomy, the first Native American woman engineer; hired in 1942 by Lockheed as a mathematician, she worked with the engineering staff on the P-38 Lightning fighter plane, the first aircraft to exceed 400 mph; after the war, Lockheed sent her to UCLA for professional certification in engineering, where she studied aeronautics, missiles and celestial mechanics – she was one of the few women kept on after the war. Most were laid off so their jobs could go to the men returning home from military service. In 1952, she joined Lockheed’s Advanced Development Program at the then-secret ‘Skunk Works’ working on preliminary design concepts for manned and unmanned earth-orbiting flights and satellites, interplanetary space travel, the RM-81 Agena rocket project. She was a co-author of the NASA Planetary Flight Handbook Volume III, about space travel to Mars and Venus. By 1958, she was ranked as an advanced systems engineer. Ross worked on the U.S. ballistic missile system, and overcoming the problems with launching them from submarines, and the Polaris reentry vehicle; Member of the Society of Women Engineers and the American Indian Science and Engineering Society; after she retired in 1973, she actively recruited Native Americans and women for engineering careers

1925 – The Kakori Train Robbery: members of the Hindustan Socialist Republican Association looted the mail train of the British Government Treasury money-bags near Kakori on its run from Saharanpur to Lucknow; one guard was accidentally shot and killed; 42 people were arrested, but 15 were released because there was no credible evidence against them. One conspirator shot himself rather than be captured. Four men were sentenced to death, 16 others were given long prison terms or life sentences. In spite of large-scale unrest and petitions for mercy, the four men were executed in December 1927

1927 – Robert Shaw born, British actor, novelist and playwright; his novels The Man in the Glass Booth and The Hiding Place were adapted for stage and film

1928 – Camilla Wicks born, American violinist, one of the first women to establish an international career as a violinist

1931 – Paula Kent Meeham born, American business executive and co-founder of the Redken hair products company; philanthropist whosupported Childhelp, a non-profit dedicated to the prevention of child abuse; donated $5 million USD to the Wallis Annenberg Center for the Performing Arts, and was a large donor to the 9/11 Memorial Garden in Beverly Hills CA

1940 – Linda Keen born, American mathematician; since 1974, mathematics professor at Lehman College and at the Graduate Center, both of the City University of New York; work on Riemann surfaces, hyperbolic geometry, Kleinian and Fuchsian groups, and complex analysis; president of the Association for Women in mathematics (1985-1986) and fellow of the American Mathematical Society since 2012

1944 – Patricia McKissack born, prolific African American children’s and historical fiction writer, many co-authored with her husband Frederick; won three Coretta Scott King Awards for A Long Hard Journey: The Story of the Pullman Porter, Dark-Thirty: Southern Tales of the Supernatural, and Christmas in the Big House, Christmas in the Quarters; she was a board member of the National Children’s Book and Literacy Alliance

1952 – Prateep Ungsongtham Hata born in a Bangkok slum, Thai activist and politician; noted for work with slum dwellers, and for opening a school in her home for children too poor to pay regular school fees; recipient in 1978 of the Ramon Magsaysay Award for Public Service; in 2000, she was elected to the Thai Senate, representing Bangkok

1964 – Hoda Kotb born, Egyptian American television journalist and author; one of the co-anchors on Today, the NBC News morning show since 2008, she replaced Matt Lauer after he was dismissed; Dateline NBC correspondent since 1998; she has published three books, including her 2010 best-selling autobiography, Hoda: How I Survived War Zones, Bad Hair, Cancer, and Kathie Lee 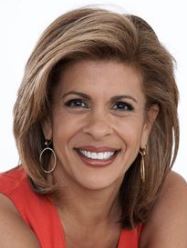 1965 – Singapore expelled from the Malaysian Federation

1966 – Linn Ullman born, Norwegian author, journalist and columnist for Norway’s leading morning newspaper; noted for her novels, Before You Sleep, and Grace 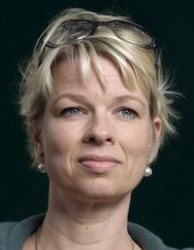 1979 – Lisa Nandy born, British Labour politician; Member of Parliament for Wigan since 2010; senior policy adviser on young refugees to The Children’s Society from 2005; researcher for Centrepoint, a homeless charity (2003-2005) 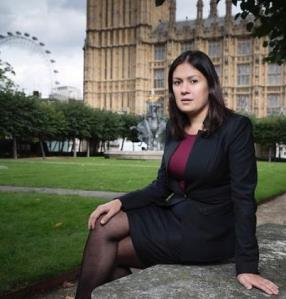 1982 – Yekaterina Samutsevich born, Russian political activist and musician, member of the anti-Putin punk rock group Pussy Riot; convicted in 2012 of hooliganism motivated by religious hatred for an appearance at Moscow’s Cathedral of Christ the Savior, and sentenced to two years imprisonment. An international campaign was launched by the Union of Solidarity with Political Prisoners and Amnesty International which named her as a prisoner of conscience; on appeal, her sentence was suspended after her lawyer argued that she had been stopped by cathedral guards before she could get her guitar out of its case

1990 – Sarah McBride born, American transgender rights activist and author; currently the National Press secretary of the Human Rights Campaign; major influence in passage of legislation in Delaware banning discrimination on the basis of gender identity; became the first openly transgender person to address a major party convention when she spoke at the 2016 Democratic National Convention; published her book, Tomorrow Will Be Different: Love, Loss, and the Fight for Trans Equality, in 2018

2016 – The longest hunger strike in history, by Indian activist Irom Sharmile, ends after 16 years of protesting the Armed Forces Special Powers Act. The act gives Indian soldiers sweeping powers to make arrests without warrants and even shoot to kill in certain situations. Sharmile announced her fast after 10 civilians were killed by soldiers in Manipur. She was arrested, and has been held since in judicial custody under a law that makes attempting suicide a crime, being force-fed through a tube in her nose for over a decade. She stated that she was ending her fast because it had not worked, and she was going to enter politics instead, standing in opposition to the government in the elections

Nona Blyth Cloud has lived and worked in the Los Angeles area for the past 50 years, spending much of that time commuting on the 405 Freeway. After Hollywood failed to appreciate her genius for acting and directing, she began a second career managing non-profits, from which she has retired. Nona has now resumed writing whatever comes into her head, instead of reports and pleas for funding. She lives in a small house overrun by books with her wonderful husband.
View all posts by wordcloud9 →
This entry was posted in History, Holidays, On This Day and tagged Irom Sharmile, Jesse Owens, John Dryden, P.L. Travers, Robert Shaw, Sarah McBride, Yekaterina Samutsevich. Bookmark the permalink.
%d bloggers like this: