No Rhyme (Nor Reason) Day
(words that don’t rhyme)

International Day of the Taiji Dolphins *

948 – Emperor Jingzong of the Liao dynasty born, reigned from 969 t0 982; he cracked down on government corruption, and employed Han Chinese officials in his government enabling it to be run more efficiently

1773 – African-American slave Phillis Wheatley’s Poems on Various Subjects, Religious and Moral is published by act of Parliament in England 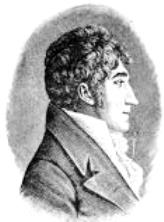 1815 – Emma Stebbins born, American sculptor and painter; her best-known work  “Angel of the Waters” is at Bethesda Terrace in New York’s Central Park

1836 – Narcissa Whitman, a missionary, one of the first English-speaking white women to settle west of the Rockies, arrives in Walla Walla, Washington, with her husband

1854 – The original Engelbert Humperdinck born, German playwright and composer; noted for his his opera Hansel and Gretel

1854 – Anna Botsford Comstock born, American artist, educator and conservationist, illustrator and co-author or author of several books including Manual for the Study of Insects and The Handbook of Nature Study

1884 – Hilda Rix Nicholas born, Australian post-impressionist landscape and portrait artist who traveled in North Africa before WWI; her husband was killed in the war only a month after they were married 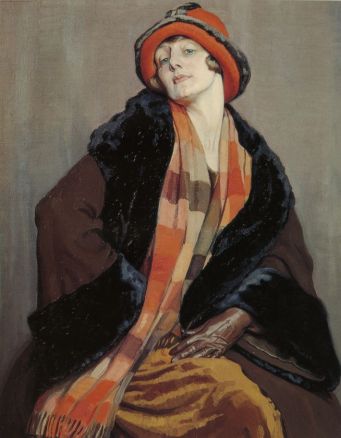 1902 – The pioneering science fiction film, A Trip to the Moon, premieres in France

1906 – Eleanor Burford Hibbet born, prolific and popular English author under several pen names, but mainly Jean Plaidy for fiction about European royalty, such as her Mary Stuart, Queen of Scots series; Victoria Holt for gothic romances, like Bride of Pendorric and The Secret Woman; and Ellen Burford for romance novels, Castles in Spain and Heart’s Afire

1920 – The Fountain of Time opens in Chicago IL to commemorate 100 years of peace between the U.S. and Great Britain following the Treaty of Ghent

1925 – Arvonne Fraser born, American women’s rights advocate and political campaigner; U.S. Ambassador to the UN Commission on the Status of Women (1993-1994); fellow at the University of Minnesota’s Humphrey Institute of Public Affairs (1982-1994); Director of the Office of Women in Development at the U.S. Agency for International  Development (1977-1981); member of U.S. delegations to the first two UN World Conferences on Women in Mexico City (1975) and Copenhagen (1980); Fraser ran her husband’s successful political campaigns for the Minnesota state Senate and the U.S. House of Representatives between 1954 and 1976; leaded the Carter-Mondale presidential campaign in the upper Midwest in 1976

1933 – Ann Richards born, American Democratic politician and feminist; Governor of Texas (1991-1995), known for her quick-witted one-liners; while Texas state treasurer (1983-1991), she gained national recognition when she delivered a nominating speech for Walter Mondale at the 1984 Democratic National Convention, and the keynote address at the Democrat’s 1988 convention

1939 – Lily Tomlin born, American comedian, writer, producer and feminist/LGBT advocate; noted for her keen observational comedy, winner of the Tony Award for Best Lead Actress in a Play for her 1985 one-woman show The Search for Signs of Intelligent Life in the Universe; she also has a Grammy, and a total of six Emmys for writing, producing, and voiceover

1939 – The Swiss Parliament elects Henri Guisan head of the Swiss Armed Forces, and mobilizes them

1942 – Carolyn Cherry born, as C. J. Cherryh, a notable American speculative fiction writer, using the pen name C.J. Cherryh because at the beginning of her career the field was so dominated by men, and her editor thought that Cherry sounded too much like a romance writer’s name. Won Hugo Awards Best Novel for Downbelow Station and Cyteen, and Best Short Story for “Cassandra” and the 2016 Damon Knight Memorial Grand Master Award from the Science Fiction and Fantasy Writers of American

1951 – The U.S., Australia and New Zealand sign the ANZUS treaty for mutual defense

1952 – Ernest Hemingway’s The Old Man and the Sea is published, which will win the Pulitzer Prize

1961 – The first conference of the Non-Aligned Movement (NAM) is held in Belgium; NAM has 120 member countries, not formally aligned with or against any major power bloc; founding nations are Yugoslavia, India, Indonesia, Egypt and Ghana; their declaration is known as “The Initiative of Five”

1970 – Padma Lakshmi born in India, American author, actress, TV host-producer, and advocate for women’s healthcare; noted for her cookbook Easy Exotic and her memoir Love, Loss and What We Ate; suffered from endometriosis from early adolescence, but it went undiagnosed or misdiagnosed until she was in her mid-thirties, so she became a co-founder of The Endometriosis Foundation of America to educate, raise awareness, fund research and advocate for legislation. The foundation was instrumental in the opening in 2009 of The MIT Center for Gynepathology Research

1985 – A joint U.S.-French expedition locates the wreckage of RMS Titanic

2003 – International Day of the Taiji Dolphins * is launched by the Dolphin Project to raise awareness of Japanese dolphin hunting season, which opens on September 1 each year. Hundreds of dolphins are slaughtered, but some are captured for sale to marine parks. Hunting permits are issued by the Japanese government

2005 – Richard Simpkin wanted to photograph and interview people he considered Australian Legends, so he wrote dozens of letters asking to meet them. He was always elated when he got a reply. By 2005, he had interviewed and photographed 80 people. This project inspired him to found World Letter Writing Day * on September 1 (not to be confused with U.S. National Letter Writing Day on December 7)

2009 – In Vermont, a law allowing same-sex marriage goes into effect

2011 – Former Dutch Minister of Economic Affairs Maria van der Hoeven takes office as Executive Director of the International Energy Agency. The IEA is an autonomous intergovernmental organization established in 1974, after the oil crisis of 1973, as part of the Organisation for Economic Co-operation and Development

2015 – The UN confirms that the Islamic State of Iraq and the Levant destroyed the main building of the 2,000-year-old Temple of Bel in Palmyra, Syria 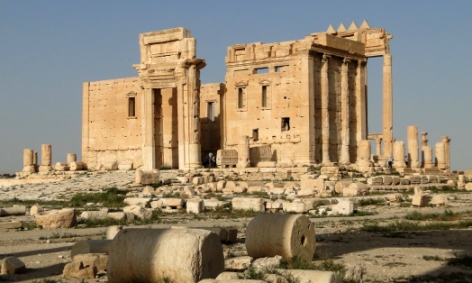 Nona Blyth Cloud has lived and worked in the Los Angeles area for the past 50 years, spending much of that time commuting on the 405 Freeway. After Hollywood failed to appreciate her genius for acting and directing, she began a second career managing non-profits, from which she has retired. Nona has now resumed writing whatever comes into her head, instead of reports and pleas for funding. She lives in a small house overrun by books with her wonderful husband.
View all posts by wordcloud9 →
This entry was posted in History, Holidays, On This Day and tagged Anita Bush, Ann Richards, Cetshwayo, Emma Stebbins, Ernest Hemingway, Hilda Rix Nicholas, Walter Reuther. Bookmark the permalink.
Loading Comments...
%d bloggers like this: