the Foyle Halloween Carnival (thru 11-01)

637 – The Byzantine army in Roman Syria is defeated by the Muslim forces of the Rashdun Caliphate at the Battle of the Iron Bridge, a nine-arch stone bridge across the Orontes River which had gates trimmed in iron. The capital city of Antioch surrenders. Rashidun armies capture most of northern Syria. By the summer of 638, the Taurus Mountains in Turkey mark the frontier of the Rashidun Caliphate in Anatolia

758 – In China, Guangzhou (Canton) is sacked by Arab and Persian pirates

1657 – Anglo-Spanish War: Spain fails to retake Jamaica when forces under Cristóbal Arnaldo Isasi are defeated at the Battle of Ocho Rios by the English occupying army led by Governor Edward D’Oyley

1728 – Mary W. Hayley born, the curious and independent child of a prosperous distiller, who loved to read, and defied convention as she grew older by attending trials at the Old Bailey, London’s central criminal court, and traveled throughout Britain. She became an English businesswoman who parlayed the inheritance in 1753 from her much older first husband into a sizeable estate with her second husband, who had been the chief clerk of husband #1, by establishing trade relationships with the American colonies. Their firm shipped the tea which went overboard in the Boston Tea Party. When her second husband died, she ran the business on her own, and became one of the few British merchants who recouped her losses from America after the war. In 1784, she bought a frigate formerly used as a war ship, and refurbished it as a whaling and sealing vessel, which she rechristened the United States. She moved to Boston for the next eight years, running the whaling business and becoming known for her charitable donations. Returning from the venture’s inaugural voyage to the Falkland Islands with a cargo of whale oil, her ship was boarded by the British Navy in 1785, and the cargo was seized. But the British Crown was unable to prove that she owed duty because British merchants were exempt if a third of their crew were also British, so the Crown had to recompense her. In 1786, she married a Scottish merchant in Boston, but in 1792, she left him, returning to England with the stipulation that he never again appear in her presence. She retired to Bath, and died there in 1808

1741 – Angelica Kauffman born, Swiss Neoclassical painter who had a successful career in London and Rome; she and Mary Moser were the only two women among the founding members of the Royal Academy in London (1768); best remembered for historical scenes and portraits 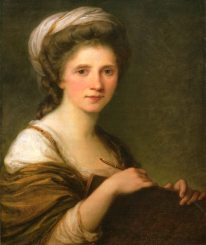 1751 – Richard Brinsley Sheridan born, Irish playwright, satirist, poet and Whig politician; the long-term owner of the London Theatre Royal, Drury Lane; noted for his plays, including The Rivals, The Critic and his best play, A School for Scandal. He was a member of the British Parliament from 1780 to 1812, where he supported the American Colonies and opposed the British restrictions which led to the revolutionary war. After he was not reelected to Parliament in 1812, his creditors closed in on him, and he spent his last years harassed by debt and frequently bedridden as his health failed. The American Congress, upon hearing of his financial troubles, offered him ₤20,000 in recognition of his efforts to prevent the war, but their offer was refused (perhaps because of the War of 1812 between Britain and America)

1810 – Battle of Monte de las Cruces, a pivotal early battle in the Mexican War of Independence between Mexican insurgent troops led by Miguel Hidalgo y Costilla and Ignacio Allende and the New Spain royalist troops of General Torcuato Trujillo, in the Sierra de las Cruces mountains between Mexico City and Toluca. It was a victory for the insurgents, but Hidalgo still decided to retreat toward Guadalajara, possibly because of heavy casualties suffered by his army

1817 – The independent government of Venezuela is declared by Simón Bolívar, but it was becomes a department of the republic of Gran Colombia in 1821, and finally gains full independence in 1830

1857 – Gertrude Horn Atherton born, author of over 60 stories and articles 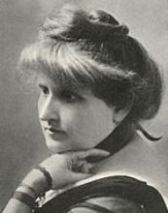 1863 – Danish Prince Vilhelm arrives in Athens to assume his throne as George I, King of the Hellenes

1877 – Irma Rombauer born, author of The Joy of Cooking

1886 – Zoë Akins born, Pulitzer Prizing-winning playwright, author and poet; her comedy The Greeks Have a Word for It became the 1953 hit movie How to Marry a Millionaire

1894 – Philip Arnold Heseltine born, English music critic who wrote combative music criticism and papers on early music under his own name, while composing song cycles and choral works inspired by folk and Celtic music under his alter-ego, Peter Warlock. He dies of coal gas poisoning in 1930, with doors and window bolted on his London flat, possibly a suicide

1896 – Ruth Gordon born, actress, screenwriter; one of the Lost Boys in “Peter Pan,” with Garson Kanin wrote comedies for Hepburn and Tracy movies, starred as Dolly Levi in The Matchmaker (1954), and in Harold and Maude

1908 – Pedro de Alcântara, Prince of Grão-Pará, renounces his claim to the Brazilian throne, which had been abolished in 1889, in order to marry Bohemian Countess Elisabeth Dobržensky de Dobrženicz, who was not of royal birth

1917 – Minni Nurme born, Estonian author, poet and translator; during WWII, she was living behind Soviet lines; after the war, she moved to Tallinn, Estonia’s capital. She wrote two novels, several collections of short stories, and eleven collections of poetry, in spite of harassment by Stalinist authorities

1923 – Gloria Oden born, American poet and academic, her poetry collection Resurrections, a nominee for the 1979 Pulitzer Prize for poetry, was a response to the unsolved murders of her mother and sister

1928 – Daniel Nathans born, American microbiologist; joint winner of 1978 Nobel Prize in Physiology or Medicine for discovery of restriction enzymes and their application to problems of molecular genetics

1935 – Checklist Day * honors the safety innovation of a preflight checklist, which has saved countless lives and aircraft, introduced after a Model 299 prototype for the Boeing B-17 Flying Fortress crashed during takeoff at Wright Field in Dayton, Ohio, because of a gust lock that was still engaged

1938 – Orson Welles radio play of the H.G.Welles classic, War of the Worlds, is broadcast – some people tuning in after the start are fooled into thinking that it’s a real newscast

1941 – Franklin D. Roosevelt approves U.S. $1 billion in Lend-Lease aid, including food, fuel, weapons, warships, and airplanes, to the Allied nations engaged in WWII, in return for leases on Allied army and navy bases

1944 – Martha Graham’s ballet Appalachian Spring, with music by Aaron Copeland,  premieres at the Library of Congress

1947 – The General Agreement on Tariffs and Trade (GATT), which regulates international trade, is signed by 23 nations at Geneva during the U.N. Conference on Trade and Employment

1953 – U.S. President Eisenhower approves the top secret document National Security Council Paper No. 162/2, that the United States’ arsenal of nuclear weapons must be maintained and expanded to counter the communist threat, and General George Marshall is awarded the Nobel Peace Prize

1961 – The U.S.S.R. detonates hydrogen bomb ‘Tsar Bomba’ over Novaya Zemlya in the Arctic Ocean; at 50 megatons of yield, it is the largest explosive device ever detonated

1972 – Jessica Hynes born, English scriptwriter and actress; co-creator, writer and star of the British sitcom Spaced, for which she won a BAFTA award; supporter of the Women’s Equality Party

1973 – The Bosphorus Bridge in Istanbul, Turkey is completed between the continents of Europe and Asia over the Bosphorus Strait

1988 – Metallica releases their single, “Eye of the Beholder”

1995 – Quebec citizens narrowly vote (50.58% to 49.42%) in favour of remaining a Canadian provence in their 2nd national sovereignty referendum

1999 – Stephanie Allen West starts Create a Great Funeral Day. * When her significant other died suddenly in 1988, she faced the overwhelming responsibility of his funeral completely unprepared. Then ten years later, her husband went through a similar struggle with his mother’s funeral, who had left no directions or final wishes. So Allen West decided to encourage people to think about how they would like their life to be celebrated by friends and family, and then let their loved ones know their wishes.

2005 – Civil rights pioneer Rosa Parks is the first woman to lie in honor in the U.S. Capitol Rotunda

2011 – Two Kenyan fighter aircraft bomb the southern Somali town of Jilib, attempting to rid Somalia of Islamic al Shabaab rebels, after the insurgents had crossed the border into Kenya repeatedly, fighting with Kenya’s security forces and staging a series of kidnappings. At least 12 civilians were killed and another 52 were injured during the bombing

2013 – On the 75th anniversary of the Mercury Theatre on the Air’s radio broadcast of War of the Worlds, the first World Audio Drama Day * is celebrated

Nona Blyth Cloud has lived and worked in the Los Angeles area for the past 50 years, spending much of that time commuting on the 405 Freeway. After Hollywood failed to appreciate her genius for acting and directing, she began a second career managing non-profits, from which she has retired. Nona has now resumed writing whatever comes into her head, instead of reports and pleas for funding. She lives in a small house overrun by books with her wonderful husband.
View all posts by wordcloud9 →
This entry was posted in History, Holidays, On This Day and tagged Ezra Pound, Jackie Robinson, John Adams, Mary W. Haley, Minni Nurme, Orson Welles, Stephanie Izard. Bookmark the permalink.