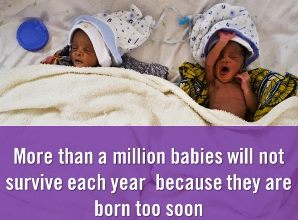 AD 9 – Vespasian born, becomes the forth Emperor in AD 69, the “Year of the Four Emperors,” and stabilizes the government; founds the Flavian dynasty which rules the Roman Empire for 27 years; these are reported as words he spoke on his deathbed:

794 – Japanese Emperor Kanmu (781-806) changes his residence from Nara to Kyoto; Kanmu travels by carriage in a grand procession to the new capital

John Balliol and his wife

1511 – Henry VIII of England concludes the Treaty of Westminster, a pledge of mutual aid against the French, with Ferdinand II of Aragon

1558 – Queen Mary I of England dies, and is succeeded by her half-sister Elizabeth I

1777 – The U.S. Articles of Confederation are submitted to the states for ratification, a process that will take until March 1, 1781, when Maryland becomes the 13th and final state to ratify

1790 – August Ferdinand Möbius born, German mathematician and theoretical astronomer; discoverer of the Möbius strip, a non-orientable two-dimensional surface with only one side when embedded in three-dimensional Euclidean space

1811 – José Miguel Carrera, Chilean founding father, is sworn in as President of the Chilean executive Junta

1820 – Captain Nathaniel Palmer becomes the first American to see Antarctica. The Palmer Peninsula is later named after him

1854 – Hubert Lyautey born, French Army general and influential colonial administrator; after serving in Indochina and Madagascar, he became the first French Resident-General in Morocco (1912-1925); in 1921, he became a Marshal of France

1869 – The Suez Canal opens in Egypt, linking the Mediterranean with the Red Sea

1903 – Russia’s Social Democratic Party splits between the Bolsheviks and Mensheviks; Vladimir Lenin is the head of the Bolsheviks, while Julius Martov, a mentor and ally of Leon Trotsky, leads the Mensheviks

1904 – Isamu Noguchi born, Japanese-American artist and Landscape architect who also designed stage sets for some of Martha Graham’s productions; noted for designing lamps and furniture, which were shown in a catalog of modern furniture designed by Charles Eames. George Nelson, Paul László and Noguchi, considered the most influential body of modern furniture ever produced

1913 – Kaiser Wilhelm II of Germany forbids his officers to dance the Tango while in uniform, describing the dance as “Rinnsteinkind,” (a child of the curbstone)

1917 – Ruth Aaronson Bari born, American mathematician; graph theory and algebraic homomorphisms; earned her MA at Johns Hopkins University in 1943, but had originally enrolled in the doctoral program; the university suggested that women in the graduate program should give up their fellowships so men returning from WWII could study; she acceded, marrying Arthur Bari, and raising their three children. Bari returned to Johns Hopkins in 1966, where she completed her dissertation on “absolute reducibility of maps of at most 19 regions” at the age of 47. In the early 1970s, she felt that math teachers in the Washington DC public schools were not as prepared as they should be, so she got a grant from the National Science Foundation to create and fund a pilot program for a master’s degree in teaching mathematics 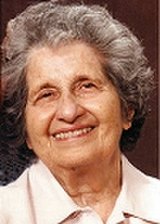 1939 – Students’ Day * commemorates the execution of nine Czech students as a response to anti-Nazi demonstrations over the death of medical student Jan Opletal. All Czech universities are shut down and over 1,200 students are sent to concentration camps

1942 – Dame Lesley Rees born, British professor and endocrinologist; Dean of St. Bartholomew’s Hospital Medical College (Bart’s) from 1989–95, the first and only woman to hold this post; now Emeritus Professor of Chemical Endocrinology at Bart’s; she was the first Director of Education at the Royal College of Physicians in 1997

1945 – Lesley Abdela born, British expert on women’s rights and representation; adviser in 40 different countries to governments and IGOs (including the UN), NGOs, and the European Commission; broadcast journalist and public speaker; in the 1990 Queen’s Birthday Honours, appointed a Member of the Order of the British Empire for “services to the advancement of Women in Politics and Local Government”

The Singing Butler, by Jack Vettriano

1955 – Yolanda King born, American activist and actor, oldest child of Coretta Scott King and Martin Luther King Jr.; acted in Ghosts of Mississippi (1996), Our Friend, Martin (1999) and Selma, Lord, Selma (1999); supporter and ally of the LGBTQ Community; died at age 51 of complications related to a heart condition, just 16 months after her mother passed away 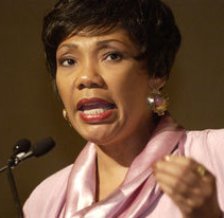 1964 – Susan Rice born, American public servant; U.S. Ambassador to the United Nations (2009-2013); National Security Advisor (2013-2017); in 2012, she withdrew her name from consideration for Secretary of State after Hillary Clinton retired because of the ongoing Benghazi controversy, saying if she were the nominee, “the confirmation process would be lengthy, disruptive and costly.”

1965 – Amanda Brown born, Australian singer-songwriter-composer;
member of the The Go-Betweens

1966 – Sophie Marceau born, French actress, director, screenwriter and author; noted for wrting and directing Speak to Me of Love (Parlez-moi d’amour), for which she won the 2002 Montréal World Film Festival Award for Best Director, and Trivial (La disparue de Deauville)

1969 – Rebecca Walker born, American author, feminist and activist; co-founder of the Third Wave Foundation, which supports efforts of young women of color, and queer, intersex, and trans individuals as activists and leaders in their communities

1977 – Egyptian President Anwar Sadat formally accepts an invitation to visit Israel; this sets off a storm of protest, from resignations of the Egyptian Foreign Minister and his deputy to outcries from the Pan-Arab nations, and Palestinian students storming the Egyptian Embassy in Athens 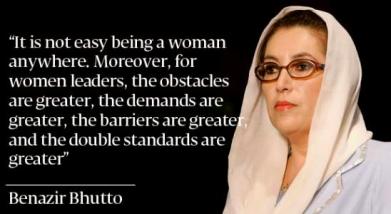 1989 – The “Velvet” Revolution: In Czechoslovakia, riot police quell a student demonstration in Prague, sparking an uprising to overthrow the communist government (which succeeds on December 29)

2008 – Prematurity Day is begun by a coalition of European organizations – in 2011, it becomes World Prematurity Day *; today, there are media campaigns and events in over 60 countries

2010 – Researchers trap 38 antihydrogen atoms, the largest amount of antimatter ever trapped; in order to prove the antihydrogen has actually been trapped, it is quickly released (172 milliseconds) and the subsequent anti-atom annihilations on the detector’s trap walls are detected

Nona Blyth Cloud has lived and worked in the Los Angeles area for the past 50 years, spending much of that time commuting on the 405 Freeway. After Hollywood failed to appreciate her genius for acting and directing, she began a second career managing non-profits, from which she has retired. Nona has now resumed writing whatever comes into her head, instead of reports and pleas for funding. She lives in a small house overrun by books with her wonderful husband.
View all posts by wordcloud9 →
This entry was posted in History, Holidays, On This Day and tagged Anwar Sadat, August Ferdinand Möbius, Benazir Bhutto, Isamu Noguchi, Lesley Abdela, Shelby Foote, Voltairine de Cleyre. Bookmark the permalink.
%d bloggers like this: