Alpine European Christian tradition– Krampus, impish companion of St. Nick, punishes bad children on eve of the feast of Saint Nicholas, which is on December 6

63 BC – Marcus Tullius Cicero gives the fourth and final of his Catiline Orations in the Roman Senate, purporting to expose a plot to overthrow the government led by Lucius Segius Catilina and his allies – the truth of Cicero’s allegations have been debated by scholars ever since

1408 – The Golden Horde, led by commander-in-chief Edigu, reaches Moscow, but fails to take it, and burns it instead

1484 – Pope Innocent VIII issues the Summis desiderantes affectibus, a papal bull that deputizes inquisitors Heinrich Kramer and Jacob Sprenger to root out alleged witchcraft in Germany. While much of the bull dealt with jurisdictional issues in Germany, it endorses belief in the existence of witches, and approval for the Inquisition to proceed in “correcting, imprisoning, punishing and chastising” such persons “according to their deserts” – By confirming witchcraft as a spiritual and secular crime, it added fuel to the fires that were to come with the expansion the Inquisition

1547 – Ubbo Emmius born, East Frisian historian, geographer and Protestant theologist; noted for his Chronologicum, in which he compared the histories of nations that used different calendars, and his books on the history of the Frisian territories; East Frisia is now part of the German federal state of Lower Saxony, but during the life of Emmius, it was Dutch, then under Spanish rule, then reclaimed by Maurits van Oranje (Maurice, Prince of Orange) during his successful revolt against the Spanish

1766 – In London, James Christie holds his first sale, the beginning of his auction house

1791 – Composer Wolfgang Amadeus Mozart dies in Vienna, Austria, at the age of 35

1822 – Elizabeth Cabot Agassiz born, American naturalist; co-founder in 1894 and first president (1900-1903) of Radcliffe College; co-founder with husband Louis Agassiz of the Anderson School of Natural History; accompanied her husband on expeditions to Brazil; with Mary Fairfax Somerville and Maria Mitchell, one of the first three women members of the American Philosophical Society 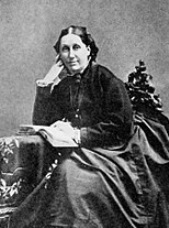 1830 – Christina Rossetti born, English poet and author; noted for her poetry collection, Goblin Market and Other Poems, which was lauded by Gerald Manley Hopkins, Algernon Swinburne, and Alfred, Lord Tennyson; she spoke against slavery, the exploitation of underage girls in prostitution, and cruelty to animals; her poem,“In the Bleak Midwinter” was set to music as a Christmas carol by Gustav Holst

1832 – Apprentice chef Franz Sacher, filling in for head chef, who is ill, creates his delicious Sacher-Torte for Austrian Chancellor Klemens von Metternich and his guests, who were all impressed and delighted

1847 – Jefferson Davis is elected to the U.S. senate from Mississippi

1848 – In a message to the U. S. Congress, President James K. Polk confirms the discovery of gold in California

1891 – Deposed Emperor Dom Pedro II, “the Magnanimous” dies in exile in Paris. He was the second and last monarch of the Empire of Brazil, who became emperor at age 5; his actual coronation was in 1841, and he reigned until the monarchy was abolished in 1889. He is remembered for his efforts to end the slave trade, which had been made illegal in Brazil in 1826, but trafficking continued until it was finally suppressed by 1852; and he is also given much credit for steadying the alliance between Brazil, Uruguay and disaffected Argentines during the Platine War (1850-1852) over control of the Rio de la Plata by Argentine dictator Juan Manuel de Rosas, who was successfully overthrown in 1852

1896 – Ann Nolan Clark born, American writer and teacher who taught at the Tesuque Pueblo school, a first through fourth grade one-room-schoolhouse, for 25 years; many of her stories were inspired by her students; the U.S. Bureau of Indian Affairs published 15 of the books based on her Pueblo experiences; In My Mother’s House, illustrated by Pueblo artist Velino Herrera, was a 1942 Caldecott Honor book

1924 – Robert Sobukwe born, South African anti-apartheid activist; a founder and first president of the Pan Africanist Congress (PAC), a black nationalist group which broke away from the African National Congress in 1959, and is now a South African political party. During a 1960 PAC campaign against pass laws, Sobukwe was arrested and convicted for incitement, and sentenced to three years in prison, but the General Law Amendment Act was passed by the government, and clause that became known as the ‘Sobukwe clause’ allowed the Minister of Justice sole discretion to extend his imprisonment annually, and he was interned on Robben Island in solitary confinement until 1969, when he was allowed to live with his family, but was still under house arrest, but continues his studies, began in prison, and became a lawyer. He was diagnosed with lung cancer in 1977, and was still refused freedom of movement even for medical treatment. He died in 1978

1931 – Britain outlaws the sending of arms to Ireland; and Joseph Stalin orders Moscow’s Cathedral of Christ the Saviour destroyed

1933 – Repeal of Prohibition Day * – Utah and Nevada are the final two states to vote for ratification of the 21st Amendment to the U.S. Constitution, which repeals the 18th Amendment, ending Prohibition 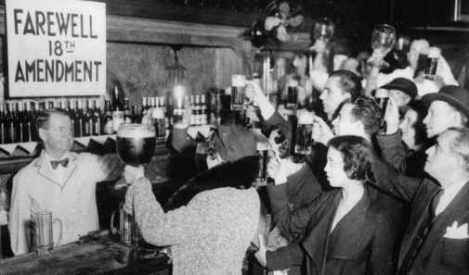 1934 – Joan Didion born, American author and screenwriter; noted for novel, Play It As It Plays, and The Year of Magical Thinking, which won the 2005 National Book Award for Nonfiction

1935 – In Montebello, CA, the first commercial hydroponics operation is launched 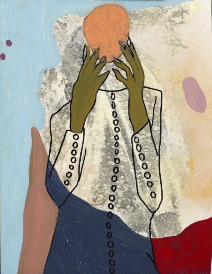 1953 – Gwen Lister born in South Africa, Namibian journalist, publisher, apartheid opponent and freedom of the press activist; co-founder of The Namibian newspaper in 1985 and was the first female editor of a southern African newspaper. Some of Lister’s reporting landed her in jail without trial, including a 1988 report based on a secret document about planned new police powers. Revealing the plans “at least ensured they were never implemented,” she said. Lister is a founding member of the International Consortium of Investigative Journalists and now heads the Namibian Media Trust, which trains journalists and promotes media freedom and access to information. The Nambian was fire bombed several times, the worst in 1991, after the paper published a story about a possible coup attempt, and the perpetrators, who were never caught, used phosphorous grenades and burned the newsroom to the ground. She won the 1992 International Press Freedom Award from the Committee to Protect Journalists, and the 2004 Courage in Journalism Award from the International Women’s Media Foundation 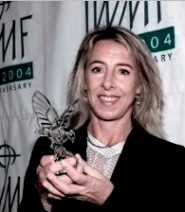 1958 – The Preston By-pass, the UK’s first stretch of motorway, opens to traffic for the first time (now part of the M6 and M55)

1962 – The U.S. and the Soviet Union agree to cooperate in peaceful uses of outer space 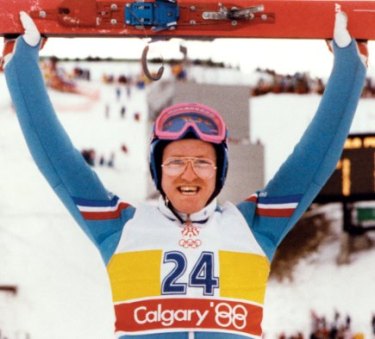 1968 – Margaret Cho born, American comedian, author, and singer-songwriter; best known for her stand-up routines, with commentary on race and LGBT rights; creator and star of the sitcom All-American Girl (1994-1995); has won awards for her humanitarian efforts on behalf of women, Asian Americans and the LGBT community; author of I’m the One That I Want and I Have Chosen to Stay and Fight

1971 – The Soviet Union, at U.N. Security Council, vetoes a resolution calling for a cease-fire in hostilities between India and Pakistan over Kashmir

1977 – Egypt’s peace negotiations with Israel cause a rift with other Arab countries; diplomatic relations are broken with Syria, Libya, Algeria, Iraq and South Yemen

1986 – The Soviet Union says it will abide by the SALT II treaty limits on nuclear weapons, in spite of the decision by the U.S. to exceed them

1983 – Dissolution of the Military Junta in Argentina

1992 – Russian President Boris Yeltsin keeps the power to appoint Cabinet ministers, defeating a constitutional amendment that would have put his team of reformers under the control of Russia’s Congress

2002 – The International Union of Soil Sciences (IUSS) launches World Soil Day * to highlight soil as a critical component of the global ecosystem, and its enormous role in food security

2004 – The Civil Partnership Act comes into effect in the United Kingdom, and the first civil partnership is registered there, granting the same legal rights and responsibilities as civil marriage to same-sex couples

2006 – New York City becomes the first U.S. city to ban artificial trans fats in restaurant foods. The NYC Board of Health gives restaurants until July 2008 to eliminate trans fats from all the food they serve

2014 – NASA’s Orion Multi-Purpose Crew Vehicle (MPCV) is launched for a four hour test flight, which lands on target in the Pacific Ocean

Nona Blyth Cloud has lived and worked in the Los Angeles area for the past 50 years, spending much of that time commuting on the 405 Freeway. After Hollywood failed to appreciate her genius for acting and directing, she began a second career managing non-profits, from which she has retired. Nona has now resumed writing whatever comes into her head, instead of reports and pleas for funding. She lives in a small house overrun by books with her wonderful husband.
View all posts by wordcloud9 →
This entry was posted in History, Holidays, On This Day and tagged Eddie “The Eagle” Edwards, Gwen Lister, Joan Didion, Margaret Cho, Robert Sobukwe, Sonia Johnson, Wolfgang Amadeus Mozart. Bookmark the permalink.