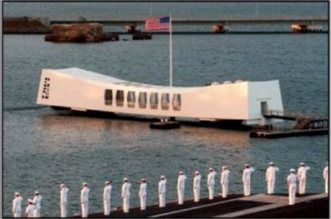 43 BC – Marcus Tullius Cicero is assassinated on the orders of Mark Anthony, after Cicero attacks him in a series of speeches, saying that Anthony was taking liberties in interpreting Julius Caesar’s wishes, and he urges the Roman Senate to declare Anthony an enemy of the state

1595 – Injo born, 16th King of the Joseon dynasty in Korea (reign 1623-1649), on the throne during both the first and second Manchu invasions, resulting in the surrender of Joseon to the Qing dynasty in 1636; Joseon’s economy was devastated under his leadership, and in spite of his reform of the military, he mostly regarded as a poor leader

1796 – John Adams is chosen by electors as the second U.S. president

1878 –  Akiko Yosano born as Shō Hō, Japanese author, poet, pioneering feminist, and social reformer. Published in 1901, Midaregami (Tangled Hair), her first of several collections of tanka, a traditional Japanese poetry form, contained around 400 poems, the majority of them love poems. It was denounced by most literary critics as vulgar or obscene, but was widely read by free-thinkers, as it brought a passionate individualism to this traditional form, unlike any other work of the late Meiji period. The poems defied Japanese society’s expectation of women to always be gentle, modest and passive. In her poems, women are assertively sexual. These were the first tankas in which a poet had written specifically of women’s breasts, not vaguely as a symbol of child feeding and motherhood, but in terms of a woman’s sexual pleasure. In 1911, her poem “The Day the Mountains Move” announces that women will demand equality. She frequently wrote for the all-women literary magazine Seitō (Bluestocking.) Yosano disagreed with a prevailing opinion of Japanese feminists of the time that the government should provide financially for mothers, saying dependence on the state and dependence on men were really the same thing. Even though she gave birth to 13 children, 11 of whom survived to adulthood, she rejected motherhood as her main identity, saying that limiting a sense of self to a single aspect of one’s life, however important, entraps women in the old way of thinking. In a 1918 article, Yosano attacked “the ruling and military class which deliberately block the adoption of a truly moral system in an effort to protect the wealth and influence of their families…They hurry to invoke the power and precepts of the old totalitarian moral codes to direct the lives of Japanese citizens,” and called militarism “barbarian thinking which is the responsibility of us women to eradicate from our midst.” In her later years, she was to support her country’s military ambitions and the glory of dying for the Emperor, but most of these poems are regarded as lacking the brilliance and originality of her earlier work

1888 – A. Joyce Cary born, Irish novelist; noted for Mr. Johnson and The Horse’s Mouth, the third book in his trilogy with Herself Surprised and To Be a Pilgrim

1902 – Hilda Taba born in Estonia, American educator; after getting her Master’s degree at Bryn Mawr College, and attending Teachers College at Columbia University, she applied for a position at Tartu University, but was turned down because she was a woman, so she became curriculum director at the Dalton school in New York City; author of the influential Curriculum Development: Theory and Practice (1962

1913 – Kersti Merilaas born, Estonian poet and translator from German who also wrote books for children, plays and the libretti for three operas by Estonian composer Gustav Ernesaks; one of the poets in the literary circle known as Arbujad (“Soothsayers”). She became a member of the Estonian Writers Association, but was forced to resign in 1950 after Soviet annexation of Estonia for promoting “bourgeois nationalism”

1915 – Leigh Brackett born, American author, primarily of science fiction, The Sword of Rhiannon and The Hounds of Skaith; screenwriter on The Big Sleep, The Long Goodbyeand The Empire Strikes Back; dubbed the ‘Queen of Space Opera’

1920 – Tatamkhulu Afrika born as Mogamed Fu’ad Nasif in Egypt, South African poet and author; he came to South Africa as a very young child, and was fostered by family friends after his parents died; he was a soldier in the WWII North Africa Campaign, and was captured at Tobruk. His experiences as a prisoner of war are prominently featured I his writing. In the 1960s, he was an anti-apartheid activist, and became a member of the armed wing of the ANC, uMkhonto we Sizwe (Spear of the Nation). In 1987, he was arrested for terrorism and banned from speaking in public or publishing his work for 5 years, but continued writing under the name Tatamkhulu Afrika. He served 11 years in prison until his release in 1992. Just after the 2002 publication of his final novel, Bitter Eden, he was run over by a car, and died of his injuries two weeks later

1941 – Pearl Harbor Remembrance Day * WWII: The Imperial Japanese Navy carries out a surprise attack on the U.S. Pacific Fleet and its Army and Marine air forces at Pearl Harbor, Hawaii

1960 – The first episode of Coronation Street airs on the U.K. Granada Television

1972 – The crew of Apollo 17, the last Apollo moon mission, takes the photograph known as ‘The Blue Marble’ as they leave the Earth

1978 – Suzannah Lipscomb born, British historian, academic and television presenter; worked at Hampton Court Palace organizing a series of exhibitions marking the 500th anniversary of Henry VIII’s accession to the English throne (2009), which won an Arts and Humanities Research Council KTP Award for Humanities; lecturer in history at the University of East Anglia; elected as a Fellow of the Royal Historical Society in 2011. Noted for her books on Henry VIII, Tudor England, and women in 16th century France

1979 – Rhodesia reaches an agreement with the U.K. to gain its independence

1992 – The U.S. Supreme Court rejects a Mississippi abortion law which requires women to get counseling and wait 24 hours before terminating their pregnancies

1995 – A probe sent from the Galileo spacecraft enters Jupiter’s atmosphere, and sends back data to the mothership before it is destroyed 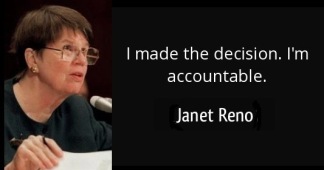 2003 – A painting of a river landscape and sailing vessel by Martin Johnson Heade sells at auction for $1 million, after being found in suburban Boston home’s attic where it had been stored for more than 60 years

2006 – Vatican archaeologists unearth a sarcophagus that might have the remains of the Apostle Paul in it, buried beneath Rome’s second largest basilica since at least 390 A.D.

2009 – The biggest climate meeting in history opens in Copenhagen, Denmark, with representatives from 192 countries in attendance. Over 1,000 protesters demanding more stringent actions be taken are arrested

2014 – Anne Hidalgo, the Mayor of Paris, calls for diesel cars to be banned from the French Capital by 2020, in order to reduce pollution. A partial car ban had already been imposed in March, 2014, as the capital’s air was found to be close to the record for worst air quality

Nona Blyth Cloud has lived and worked in the Los Angeles area for the past 50 years, spending much of that time commuting on the 405 Freeway. After Hollywood failed to appreciate her genius for acting and directing, she began a second career managing non-profits, from which she has retired. Nona has now resumed writing whatever comes into her head, instead of reports and pleas for funding. She lives in a small house overrun by books with her wonderful husband.
View all posts by wordcloud9 →
This entry was posted in History, Holidays, On This Day and tagged Akiko Yosano, Allan Cunningham, Dr Joycelyn Elders, Marcus Tullius Cicero, Noam Chomsky, Tatamkhulu Afrika, Willa Cather. Bookmark the permalink.