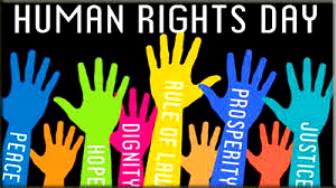 553 – Chen Shubao born, last Emperor of the Chen dynasty (582-589); his capital, Jiankang, was captured by Sui forces, ending his rule and unifying China under Emperor Wen of Sui. He was taken to the Sui capital Chang’an, and lived there, treated fairly kindly by Wen and his successor, Emperor Yang, until his death in 605

1317 – The “Nyköping Banquet” – King Birger of Sweden treacherously seizes his two brothers Valdemar, Duke of Finland and Eric, Duke of Södermanland, who are subsequently starved to death in the dungeon of Nyköping Castle

1538 – Battista Guarini born, Italian poet, dramatist and diplomat; noted for his play, Il pastor fido (The Faithful Shepherd), and the use of his poetry as madrigal lyrics

1541 – Thomas Culpeper and Francis Dereham are executed for treason for having sexual relations with Catherine Howard, Queen of England and wife of Henry VIII – in Culpeper’s case, his confession under torture may not have been true, as the evidence against him is Dereham’s allegation. Catherine was beheaded the following February

1783 – María Bibiana Benítez born, Puerto Rico’s first woman poet and one of its first playwrights; she published her first poem in 1832, La Ninfa de Puerto Rico (The Nymph of Puerto Rico), which is also the best known of her poems. She also wrote the first dramatic play by a Puerto Rican, La Cruz del Morro (The Cross of El Morro) in 1862. She adopted the daughter of her brother Pedro José and his wife after they died. Her niece, Alejandrina Benítez de Gautier, would also become a notable poet 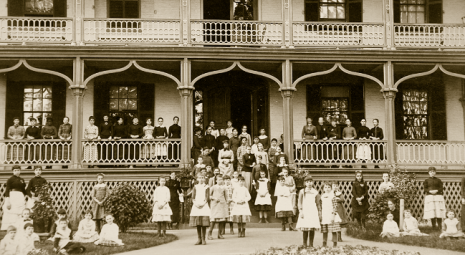 1811 – Caroline Mehitable Fisher Sawyer born, American poet, biographer, editor and translator of German literature; after a short time at a Baptist school, her uncle, an invalid but highly educated in science and literature, took over her schooling. Her poems began to be published in newspapers like the Burlington Sentinel and the Boston Evening Gazette when she was still a young girl. She became one of the most prolific writers of Christian Universalism after her marriage to Reverend Thomas J. Sawyer in 1831. She took over as editor of the Rose of Sharon in 1849, after being one of its most regular contributors since its inception in 1840. She also edited The Ladies’ Repository (1860-?) and the youth department of the Christian Messenger (1835-1847)

1816 – U.S. Senate Committee on the Judiciary is established, one of the original standing committees, and one of the oldest and most influential in Congress. Responsible for oversight of key activities of the executive branch, consideration of proposed constitutional amendments, and for the initial stages of the confirmation process for all nominations for the federal judiciary

1824 – George MacDonald born, Scottish novelist, poet and minister; At the Back of the North Wind, Wee Sir Gibbie of the Highlands, Within and Without: A Dramatic Poem 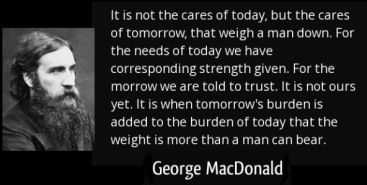 1830 – Emily Dickinson born, one of the greatest, most original and prolific American poets, and one of its most famous recluses; her friendships were maintained by correspondence

1851 – Dewey Decimal System Day *– Melvil Dewey born, American creator in 1876 of the library classification system named for him, now used in 135 countries and translated into 30 languages

1869 – Women win the right to vote in the Wyoming Territory 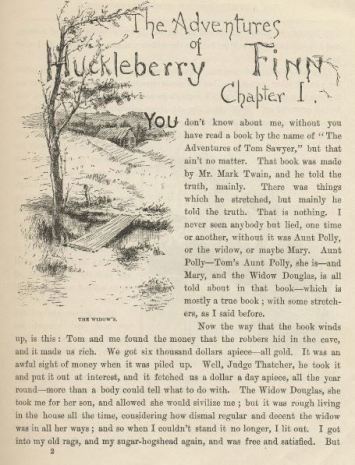 1885 – Elizabeth Faulkner Baker born, American economist and academic who specialized in scientific management, and the relationship between employment and technological change, especially the role of women; she earned her M.A (1919) and Ph.D. (1925), both in economics, while teaching a Barnard College, where she became chair of the Department of Economics (1940-1952). During WWII, she also served as a hearing officer of the National War Labor Board

1907 – The worst night of the ‘Brown Dog Riots’ in London. 1,000 medical students clash with 400 police officers over an anti-vivisectionist memorial statue of the dog used in a vivisection, which triggered allegations in 1903 that William Bayliss of the Department of Physiology at University College London performed a ‘cruel and unlawful’ vivisection, before an audience of 60 medical students, on a brown terrier dog – adequately anaesthetized, according to Bayliss and his team; conscious and struggling, according to Swedish activists who had infiltrated the college. The procedure is condemned by the National Anti-Vivisection Society.  Bayliss, whose research on dogs led to the discovery of hormones, is outraged by the assault on his reputation, sues for libel and wins 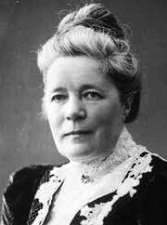 1909 – Hermes Pan born, American choreographer who collaborated with Fred Astaire on many of his film musicals

1922 – Agnes Nixon born, American television scriptwriter and producer; best known as the creator of the long-running soap operas One Live to Live (1968-2012) and All My Children (1970-2011). She introduced new storylines to U.S. daytime television: the first health-related storyline, the first storyline related to the Vietnam War, the first on-screen lesbian kiss and the first storyline about abortion. Nixon won 5 Writer’s Guild of America Awards, 5 Daytime Emmy Awards, and a Lifetime Achievement Award from the National Academy of Television Arts and Sciences 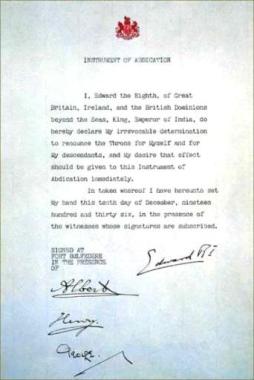 1939 – Allina Ndebele born, South African artist and master weaver, who established a small workshop in her father’s village to teach neighbourhood women to card, spin, dye and weave. In 2005, President Thabo Mbeki bestowed the Order of Ikhamanga in Silver on Ndebele for excellence and her contributions in the creative arts 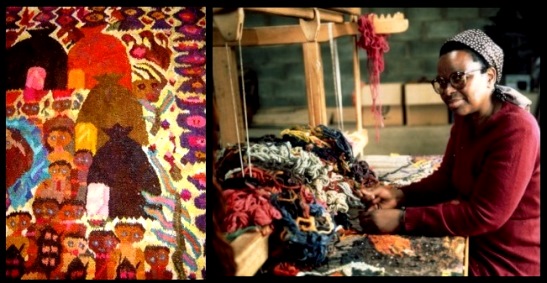 Detail from a tapestry by Allina Ndebele, shown at right with her loom

1942 – Ann Gloag born, Scottish co-founder of the international transport company Stagecoach Group, beginning with a single busline; and founder of the Freedom from Fistula Foundation

1950 – Dr. Ralph J. Bunche is presented the Nobel Peace Prize, the first African-American to receive the award, for his efforts in mediation between Israel and neighboring Arab states

1956 – Jacquelyn Mitchard born, American journalist and novelist, author of the best-selling novel, The Deep End of the Ocean, as well as A Theory of Relativity, Cage of Stars, No Time to Wave Goodbye, and Still Summer 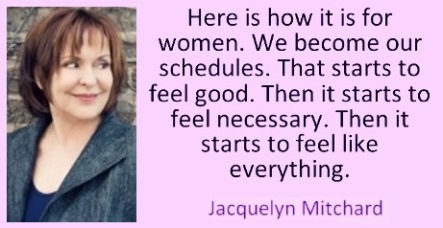 1958 – The first domestic passenger jet flight took place in the U.S. when 111 passengers flew from New York to Miami on a National Airlines Boeing 707

1961 – Albert Luthuli, president of the African National Congress, which was banned in South Africa at the time, accepts the Nobel Peace Prize for advocating non-violent resistance to racial discrimination. The apartheid government had restricted his movements, but gave him special permission to attend the award ceremony in Oslo, Norway. Luthuli was the first black African Nobel Peace laureate

1966 – Penelope Trunk born as Adrienne Roston, American entrepreneur, author and blogger. Currently head of Quistic, an education company. She has been a business advice columnist for Fortune magazine and the Boston Globe, and wrties a blog featuring career advice. Author of Brazen Careerist: The New Rules for Success and The Power of Mentors: The Guide to Finding and Learning from Your Ideal Mentor

1982 – The Law of the Sea Convention is signed by 118 countries in Montego Bay, Jamaica; 23 nations in addition to the U.S. are excluded

1992 – Oregon Senator Bob Packwood apologizes for what he called “unwelcome and offensive” actions toward women, but refuses to resign

1994 – Yasser Arafat, Shimon Peres and Yitzhak Rabin receive the Nobel Peace Prize,  pledging to pursue their mission of healing the Middle East. Yitzhak Rabin is assassinated in November, 1995, by an ultra-orthodox extremist who opposed the signing of the Oslo Accords

2001 – The Lord of the Rings: The Fellowship of the Ring, the first in a three-film adaptation of J.R.R. Tolkien’s epic fantasy trilogy, premieres in London

2004 – Wangari Maathai of Kenya receives the Nobel Peace Prize in Oslo, the first African woman to receive the prize. Maathai was a minister in the Kenyan government and founder of the Green Belt Movement

2012 – Unknown gunmen assassinate Nadia Sediqqi, a leading women’s rights activist and head of the Women’s Affairs Department of Laghman Province in Afghanistan. Her predecessor heading the department, Hanifa Safi, was murdered in July 2012 in a bombing that also killed her husband, after her repeated requests for police protection were ignored. According to Amnesty International, “. . . a number of Afghan women in public roles have been assassinated over the past 10 years.” Many Afghan women who are government officials work without the protection of bodyguards, making them especially vulnerable to attacks by religious extremists and others who oppose women’s presence in the workforce

2015 – The Pew Research Center announces a new study that shows the middle class in the U.S., long seen as the economic backbone of the country, is shrinking and no longer constitutes a majority (49.89%). Also, the “nation’s aggregate household income has substantially shifted from middle-income to upper-income households”

2015 – The Vatican releases a 10,000-word document that includes a pronouncement that Jews don’t need to be converted to find salvation, and that Catholics should work with Jews to fight Antisemitism

Nona Blyth Cloud has lived and worked in the Los Angeles area for the past 50 years, spending much of that time commuting on the 405 Freeway. After Hollywood failed to appreciate her genius for acting and directing, she began a second career managing non-profits, from which she has retired. Nona has now resumed writing whatever comes into her head, instead of reports and pleas for funding. She lives in a small house overrun by books with her wonderful husband.
View all posts by wordcloud9 →
This entry was posted in History, Holidays, On This Day and tagged Ada Lovelace, Albert Luthuli, Emily Dickinson, Isaac Newton, Nelly Sachs, Thomas Hopkins Gallaudet, Wangari Maathai. Bookmark the permalink.
%d bloggers like this: