After the frantic weeks from Thanksgiving to New Years, we’re all ready for that “long winter’s nap” we never got in December.

But in the U.S., that can be hard to come by. Most of us lead lives that are much too busy to take time off to recuperate from the “time off” we just had for the holidays.

There’s an inevitable let-down in January, and many of us are feeling the effects of too-short hours of daylight, and long dark nights. But there are still things worthy of admiration and wonder even in the bleak cold of January.

Here’s a tribute to some especially hard-working Americans, whose work is never appreciated enough — our society wouldn’t run very well without them, as anyone
who has been through a garbage strike can attest:

To the Garbage Collectors in Bloomington, Indiana,  the First Pickup of the New Year

The Ninth Day of Xmas, in the morning black
outside our window: clattering cans, the whir
of a hopper, shouts, a whistle, move on …
I see them in my warm imagination
the way I’ll see them later in the cold,
heaving the huge cans and running
(running!) to the next house on the street.

My vestiges of muscle stir
uneasily in their percale cocoon:
what moves those men out there, what
drives them running to the next house and the next?
Halfway back to dream, I speculate:
The Social Weal? “Let’s make good old
Bloomington a cleaner place
to live in—right, men? Hup, tha!”
Healthy Competition? “Come on, boys,
let’s burn up that route today and beat those dudes
on truck thirteen!”
Enlightened Self-Interest? “Another can,
another dollar—don’t slow down, Mac, I’m puttin’
three kids through Princeton?”
Or something else?
Terror?

A half hour later, dawn comes edging over
Clark Street: layers of color, laid out like
a flattened rainbow—red, then yellow, green,
and over that the black-and-blue of night
still hanging on. Clark Street maples wave
their silhouettes against the red, and through
the twiggy trees, I see a solid chunk
of garbage truck, and stick-figures of men,
like windup toys, tossing little cans—
and running.

All day they’ll go like that, till dark again,
and all day, people fussing at their desks,
at hot stoves, at machines, will jettison
tin cans, bare evergreens, damp Kleenex,
all things that are Caesar’s.

O garbage men,
the New Year greets you like the Old;
after this first run you too may rest
in beds like great warm aproned laps
and know that people everywhere have faith:
putting from them all things of this world,
they confidently bide your second coming.

As dreary as January can be, there are still wonders out there, for those with the patience to discover them:

I call my wife outdoors to have her listen,
to turn her ears upward, beyond the cloud-veiled
sky where the moon dances thin light,
to tell her, “Don’t hear the cars on the freeway—

it’s not the truck-rumble. It is and is not
the sirens.” She stands there, on deck
a rocking boat, wanting to please the captain
who would have her hear the inaudible.

Her eyes, so blue the day sky is envious,
fix blackly on me, her mouth poised on question
like a stone. But, she hears, after all.
……………………………… January on the Gulf,
warm wind washing over us,
we stand chilled in the winter of those voices. 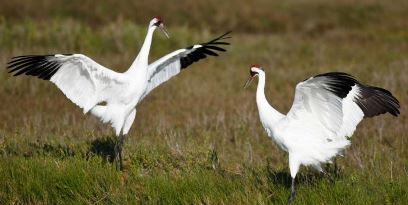 I live in a different kind of January winter. The pre-drought reality of a wet Southern California winter is captured here with piercing accuracy by an English expat:

the dew
lingering,
scripture of
scintillas.

Soon the roar
of mowers
cropping the already short
grass of lawns,

men with long-nozzled
cylinders of pesticide
poking at weeds,
at moss in cracks of cement,

and louder roar
of helicopters off to spray
vineyards where braceros try
to hold their breath,

and in the distance, bulldozers, excavators,
babel of destructive construction.

At day’s end the whole sky,
vast, unstinting, flooded with transparent
mauve,
tint of wisteria,
cloudless
over the malls, the industrial parks,
the homes with the lights going on,
the homeless arranging their bundles. 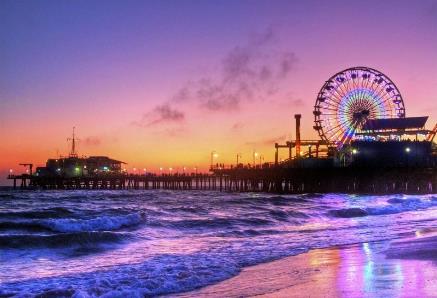 Who can utter
the poignance of all that is constantly
threatened, invaded, expended

and constantly
nevertheless
persists in beauty,

tranquil as this young moon
just risen and slowly
drinking light
from the vanished sun.

Who can utter
the praise of such generosity
or the shame? 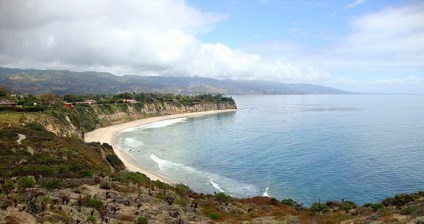 Los Angeles, city of the angels, where its major thoroughfare glides for sixteen miles past the fabled sights, then dead-ends at a cliff-hanging park above the glory of the Pacific, home to the homeless clutching what’s left of their lives in bloated plastic bags.

Beauty and Despair rub against each other here. Dreams, lit star-bright for a chosen few, are only dimly remembered by those whose fragile lives have become the stuff of might-have-been. The beautiful land groans under the weight of concrete, and violently tries to shake it off when that weight becomes intolerable.

And yet, there are still angels among us, some who help lost souls, and some who toil to restore pieces of this lost Eden. To them, I offer gratitude and praise.

Let us raise our glasses in a toast to the joys of January, and to brighter days ahead. 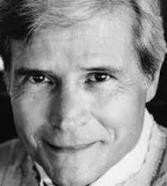 Few writers today have as a broad a scope as Philip Appleman (1926 —):  a science scholar, highly regarded as a Darwin expert; a biting social commentator; a satiric novelist; and an outstanding poet who is by turns hilarious, insightful and moving.  Darwin’s Bestiary (1986), Let There be Light (1991), Karma, Dharma, Pudding & Pie(2009) and Perfidious Proverbs and Other Poems, (2013) are among his many poetry collections.

“To the Garbage Collectors in Bloomington, Indiana, the First Pickup of the New Year” from New and Selected Poems, 1956-1996. © 1996 by Phillip Appleman (University of Arkansas Press)
http://www.poetryfoundation.org/poem/175910

Mark Sanders (1955 —) is a Nebraska native. His poems, stories, and essays have appeared in publications in the United States, Great Britain, Australia, and Canada. A professor at Stephen F. Austin State University, his poetry collections include Before We Lost Our Ways (1996) and Here in the Big Empty (2005). He is also the editor of A Sandhills Reader: 30 Years of Great Writing from the Great Plains (2016).

Denise Levertov (1923-1997), was an English transplant to America, a prolific and highly regarded writer, a “second wave” feminist and an anti-war activist. She published many collections of  her poetry, including The Sorrow Dance (1967), A Tree Telling of Orpheus (1968), The Freeing of the Dust (1975), Candles in Babylon (1982), Sands of the Well (1986) and The Great Unknowing: Last Poems (published posthumously in 1999)

“In California” from A Door in the Hive, © 1989 by Denise Levertov (New Directions Publishing) http://www.poetryfoundation.org/poem/180206

Nona Blyth Cloud has lived and worked in the Los Angeles area for the past 50 years, spending much of that time commuting on the 405 Freeway. After Hollywood failed to appreciate her genius for acting and directing, she began a second career managing non-profits, from which she has retired. Nona has now resumed writing whatever comes into her head, instead of reports and pleas for funding. She lives in a small house overrun by books with her wonderful husband.
View all posts by wordcloud9 →
This entry was posted in Poetry, Word Cloud and tagged Denise Levertov, Indiana, Mark Sanders, Paradise Cove, Philip Appleman, Praise, Santa Monica Pier, Whooping Cranes. Bookmark the permalink.
Loading Comments...
Comment
×
%d bloggers like this: