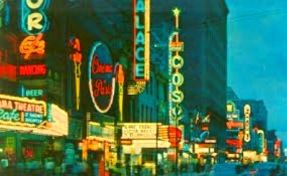 399 – Pulcheria born, Regent of the Byzantine Empire during the minority of her brother Theodosius II; beginning in 414, when she was 15 years old, she was proclaimed “Augusta” (Empress) and took the reins of government until 416, when her brother came to power

649 – After a 40 day siege, Tang dynasty general Ashina She’er conquers Kucha, a Tarim Basin oasis state in Xinjiang, which had aligned with the Western Turkic Khaganate

1419 – Rouen surrenders to Henry V of England, completing his conquest of Normandy 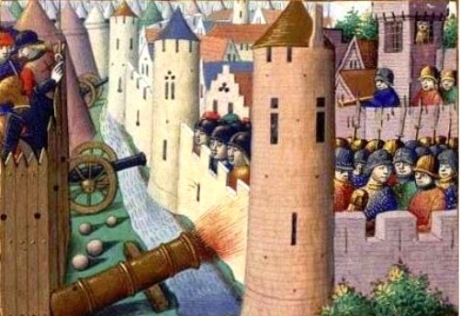 1607 – San Agustin Church in Manila is officially completed, the oldest church still standing in the Philippines

1764 – Englishman John Wilkes, radical politician and member of the infamous Hellfire Club, is expelled from the British House of Commons after being tried and found guilty in absentia of obscene and seditious libel when the 4th Earl of Sandwich, also a Hellfire member, read aloud in the House of Lords a pornographic poem Wilkes co-authored called “An Essay on Woman,” a parody of Alexander Pope’s “An Essay on Man”

1795 – The Batavian Republic is proclaimed in the Netherlands, bringing to an end the Republic of the Seven United Netherlands

1809 – Edgar Allan Poe born, American author and poet, and master of the macabre 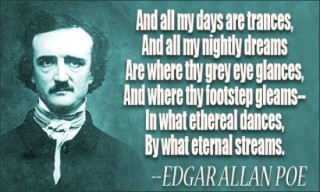 1810 – Talhaiarn born as John Jones, Welsh poet who wrote in Welsh and earned his living as an architect; in 1850, he oversaw the building of London’s Crystal Palace, designed by his employer Joseph Paxton, for the Great Exhibition of 1851; collaborated on the four-volume Welsh Melodies with Welsh and English Poetry

1812 – In the Peninsular War, after a 10-day siege, British Field Marshal Wellington orders his troops to storm Ciudad Rodrigo, held by the French under Marshal Ney

1817 – General José de San Martín leads his army of more than 5.000 men across the Andes from Argentina, to liberate Chile and Peru from Spain

1861 – Georgia announces it is seceding from the Union

1876 – Thit Jensen born Maria Jensen, Danish novelist and outspoken feminist; founder in 1924 of Foreningen for Seksuel Oplysning (Organization for Sexual Awareness) for which birth control proponent Dr. Jonathan Leunbach performed abortions. She was personally against abortion, but felt that women needed to have a choice 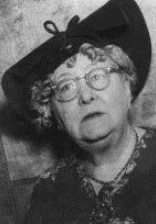 1889 – Sophie Taeuber-Arp born, Swiss painter and sculptor, one of the most important 20th century artists of geometric abstraction

1893 – Magda Tagliaferro born, Brazilian pianist, performs as a soloist and with celebrated orchestras and conductors, taught at the Conservatoire de Paris

1921 – Patricia Highsmith born, American author of psychological thrillers; her first novel was Strangers on a Train

1925 – Nina Bawden born, English novelist and children’s author; winner of the 1976 Guardian’s Children’s Fiction Prize for The Peppermint Pig, and the 1993 Phoenix Award for Carrie’s War; 2004 Golden PEN Award for “a Lifetime’s Distinguished Service to Literature”

1940 – Mary Burton born in Argentina, anti-apartheid activist; after moving to South Africa in 1961, Burton was appalled by the injustice of apartheid, and joined the Black Sash, a  white women’s movement against apartheid which organized demonstrations, marches and vigils, wearing black sashes and silently holding signs standing outside public buildings in major South African cities. They also opened legal advice centers, and offered legal aid to victims of apartheid. Burton served as national president of the Black Sash (1985-1990). She is the author of The Black Sash. The organization remains active, still providing free legal aid and paralegal support for cases involving discrimination or humans rights abuses in South Africa

1948 – Nancy Lynch born, American computer scientist and Massachusetts Institute of Technology professor of Software Science and Engineering, and head of MIT’s Theory of Distributed Systems research group; Association for Computer Machinery Fellow; recipient of the 2001 and 2007 Dijkstra Prize, and the 2010 IEEE Emanuel R. Piore Award; member of the National Academy of Sciences

1949 – Cuba recognizes the nation of Israel, before it is admitted to the U.N. in May

1954 – Cynthia Sherman born, American photographer known for conceptual portraits, frequently with herself as the model

1956 – Susan Solomon born, American atmospheric chemist at the National Oceanic and Atmospheric Administration until 2011, when she joined the faculty of MIT as the Ellen Swallow Richards Professor of Atmospheric Chemistry & Climate Science; she and her colleagues were the first to propose  that the chlorofluorocarbon free radical reaction mechanism is the cause of the Antarctic ozone hole; National Academy of Science member; also serves on the Science and Security Board for the Bulletin of the Atomic Scientists; winner of the National Medal of Science in 1999, and the 2017 Arthur L. Day Prize and Lectureship by the National Academy of Sciences, for substantive work in atmospheric chemistry and climate change

1966 – Yukiko Duke born, Swedish journalist, editor and translator; editor for the literature paper Vi laser since 2011; noted for her translations of Japanese books into Swedish; co-author with her mother of Mikaku, den japanska kokboken (Mikaku, the Japanese Cookbook)

1978 – The last Volkswagen Beetle made in Germany leaves VW’s plant in Emden, but Beetle production in Latin America continues until 2003

1981 – U.S. and Iranian officials sign an agreement to release 52 American hostages after 14 months of captivity

1999 – The Samora Machel Monument is unveiled in Mbuzini, Mpumalanga, in South Africa, marking the site of the plane crash in which President Samora Machel of Mozambique and several Mozambican ministers were killed. The monument’s inauguration  is jointly led by Joaquin Chissano, who took over as Mozambique President after Machel’s death, and South African President Nelson Mandela. Its central feature is 35 tubes of steel, representing the 35 lives lost in the crash, which create a wailing sound when the wind blows

2002 – After 19 years of civil war, the government of Sudan and the Sudanese People’s Liberation Army sign a cease-fire agreement for the disputed Nuba Mountains region

2012 –The U.S. Department of Justice seizes the domain names, closes down associated sites and freezes assets of Megaupload, a Hong Kong-based online file storage and retrieval company, whose owners are arrested and indicted for copyright infringement, but the legal battle over the takedown continues as internet entrepreneur “Kim Dotcom” of New Zealand fights extradition to the U.S.

2014 – Martin Luther King’s daughter, Bernice, urged people around the world to honor the slain civil rights leader’s memory and mark his 85th birthday by making Monday a “no shots fired” day. She said in an era of frighteningly frequent school shootings and increasingly violent films and video games make the federal holiday honoring her father an important time to renew his legacy. “Dr. King’s philosophy of non-violence is more relevant, I believe, than it was 10 years ago,” she said

Nona Blyth Cloud has lived and worked in the Los Angeles area for over 50 years, spending much of that time commuting on the 405 Freeway. After Hollywood failed to appreciate her genius for acting and directing, she began a second career managing non-profits, from which she has retired. Nona has now resumed writing whatever comes into her head, instead of reports and pleas for funding. She lives in a small house overrun by books with her wonderful husband.
View all posts by wordcloud9 →
This entry was posted in History, Holidays, On This Day and tagged Edgar Allan Poe, Edwidge Danticat, James Watt, Lysander Spooner, Oveta Culp Hobby, Pulcheria, Thit Jensen. Bookmark the permalink.