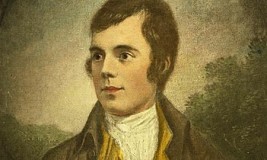 AD 41 – A reluctant Roman Senate is persuaded to accept Claudius as the new Emperor, after members of the Praetorian Guard assassinated the depraved Caligula by stabbing him to death, and another faction within the guard had proclaimed Caligula’s uncle Claudius as Emperor

750 – Battle of the Zab: on the banks of the Great Zab River in what is now Iraq, the Abbasid rebels win a decisive victory over the larger force of the Umayyad Caliphate, mainly because of wide-spread corruption among Umayyad-appointed governors, especially in the Caliphate’s outlying provinces. The Abbasids found a new dynasty, which lasts until the 13th century

1515 – Coronation of Francis I, the first French King from the Angoulême branch of the House of Valois

1554 – The village of São Paulo dos Campos de Piratininga begins its transition into the Brazilian city of São Paulo when the Mission and Colégio de São Paulo are founded by Jesuit priests, and an inaugural mass is celebrated

1573 – Feudal Japan, Battle of Mikatagahara: Takeda Shingen, Daimyō of Kai Province, defeats Tokugawa Ieyasu, who narrowly averts disaster by staging a successful retreat. Tokugawa would go on to become the founding Shōgun (1603-1605) of the Tokugawa shogunate, the de facto rulers of Japan until the Meiji Restoration

1579 – The Treaty of Utrecht is signed; marks beginning of the Dutch Republic

1759 – Burns Night * – Robert “Rabbie” Burns born, the Bard of Scotland, poet and lyricist, whose birthday is celebrated throughout Scotland and by poetry lovers around the world with Burns Night * suppers and recitations, since 1802

1816 – Anna Gardner born, American abolitionist, reformer, women’s rights activist, teacher and author; in 1841, she published the call for the first antislavery meeting in Nantucket, where Frederick Douglass made his first public speech, electrifying the audience. She delivered many lectures in the years leading up to the American Civil War, and after the war, she taught in freedmen’s schools in Virginia, North Carolina, and South Carolina (1865-1878). When she returned to the North, she was severely injured in a carriage accident in New York, and after weeks of suffering made a partial recovery, and returned home, where she lectured at the Nantucket Athenaeum about her experiences, and for the cause of women’s rights. She wrote prose and poetry, and published a collection of her best work, Harvest Gleanings, in 1881

1858 – Mendelssohn’s “Wedding March” written for Shakespeare’s Midsummer Night’s Dream, popularized for weddings after it is played at the British Princess Royal’s wedding

1882 – Virginia Woolf born, leading English modernist author and feminist, To the Lighthouse, Mrs. Dalloway and A Room of One’s Own *

1885 – Hakushū Kitahara born as Kitahara Ryūkichi, Japanese tanka poet, regarded as of the most important poets in modern Japanese literature. He began publishing his poems in 1906 in Myōjō (Bright Star), the magazine of the Shinshisha (New Poetry Association), then formed his own literary group the Pan no kai (The Society of Pan), which expanded to also include painters, musicians and actors. He edited essays, 5 Pairs of Shoes, written by five different writers who all went on to become notable poets, in 1907. In 1909, he was a founder of the literary magazine, Subaru (The Pleiades), and published Jashumon (Heretics), his first collection of poetry, followed in 1912 by Omoide  (Memories). He published several other poetry collections, and also lyrics for children’s songs, and translations of Mother Goose. In 1935, he founded Tama (Right), a tanka magazine, regarded as the spearhead of the Japanese symbolist movement. He almost lost his sight in 1937 from complications of diabetes, which worsened, and caused his death in 1942

1890 – Nellie Bly, intrepid newspaperwoman, completes her round-the-world journey in 72 days, beating the fictitious record in Jules Verne’s Around the World in 80 Days 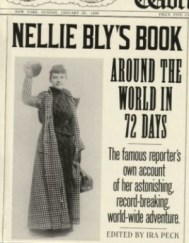 1905 – The Cullinan diamond, the largest gem-quality diamond ever found, is discovered at the Premier No. 2 Mine in Cullinan, South Africa. The rough diamond weighed 3,106.75 carats, and was cut into 105 stones. The largest stone, called the Great Star of Africa, weighing 530.4 carats, is the largest clear cut diamond in the world, and is incorporated into a royal scepter carried by Queen Elizabeth II for her coronation

1909 – The Marguerite Bridge * opens, a suspension bridge over the La Foa River, named for the wife of the governor of New Caledonia

1924 – The first Winter Olympic Games open in Chamonix, in the French Alps

1930 – Tatyana Nikolayevna Savicheva born, Russian child who kept a diary in a small notebook during the WWII Siege of Leningrad (September 1941 to January 1944), recording the successive deaths of her family; the final entry was her belief that she was the only member of her family left. Though she was rescued and transferred to a hospital, she died from tuberculosis in July 1944, at age 14

1933 – Corazon Aquino born, Filipino politician, first woman President of the Philippines, and first woman president in Asia; after her husband, Senator Benigno Aquino is murdered, she emerges as a leader of the 1986 People Power Movement which topples Ferdinand Marcos and restores democracy

1942 – According to legend, Irish chef Joe Sheridan comes up with Irish Coffee * on this day for cold and weary travelers at the local airport in Limerick where he operates a restaurant

1948 – Roslyn “Ros” Kelly born, Australian Labor politician, member for Canberra of the House of Representatives (1980-1995); first Australian federal MP to give birth while in office; first woman Minister for Defense, Science and Personnel (1987-1989); Minister Assisting the Prime Minister for the Status of Women (1993-1994) 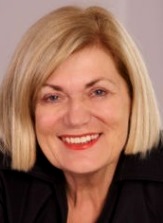 1949 – The first Emmy Awards are presented, at the Hollywood Athletic Club

1963 – Molly Holzschlag born, American computer scientist and author; advocate for the Open Web; Color for Websites: Digital Media Design; her whole focus changed when she was diagnosed with aplastic anemia

1971 – General Idi Amin Dada leads a military coup to overthrow Ugandan President Milton Obote (who was out of the country at a conference), and then declares himself Uganda’s ‘president for life’

1998 – During his historic visit to Cuba, Pope John Paul II demands political reforms and release of political prisoners while condemning US attempts to isolate the country

1999 – In Louisville KY, a man receives the first hand transplant in the U.S.

2005 – The first feature-length film in the Zulu language, Yesterday, becomes the first South African film nominated for an Academy Award, in the Best Foreign Language Film category. It was also an Official Selection at the Venice Film Festival in 2004, winning the festival’s inaugural Human Rights Film Award. It was written and directed by Darrell Roodt, who is probably better known for his 1992 film, Sarafina!

2016 – The U.S. Supreme Court rules in Montgomery v. Louisiana that its prohibition of mandatory life sentences for juveniles convicted of murder (under Miller v. Alabama in 2012), had to be applied retroactively, potentially affecting 1300 to 2300 cases nationally

2016 – A Texas grand jury clears Planned Parenthood of any wrongdoing, and indicts two anti-abortionists who assumed false identities while secretly making videos inside Planned Parenthood, then edited the videos to make it appear that the organization was violating the law, on charges of tampering with a governmental record, a second-degree felony with a possible sentence of up to 20 years in prison. It also charged David Daleiden, the leader of the videographers, with the same misdemeanor he had alleged – the purchase or sale of human organs, presumably because he had offered to buy in an attempt to provoke Planned Parenthood employees into saying they would sell 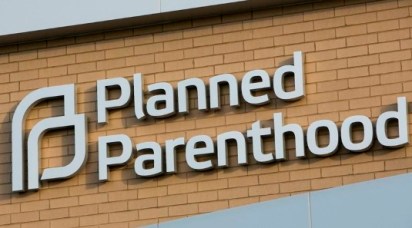 Nona Blyth Cloud has lived and worked in the Los Angeles area for the past 50 years, spending much of that time commuting on the 405 Freeway. After Hollywood failed to appreciate her genius for acting and directing, she began a second career managing non-profits, from which she has retired. Nona has now resumed writing whatever comes into her head, instead of reports and pleas for funding. She lives in a small house overrun by books with her wonderful husband.
View all posts by wordcloud9 →
This entry was posted in History, Holidays, On This Day and tagged Anna Gardner, Claudius, Corazon Aquino, Hakushū Kitahara, Nellie Bly, Robert Burns, Virginia Woolf. Bookmark the permalink.
Loading Comments...
Comment
×
%d bloggers like this: